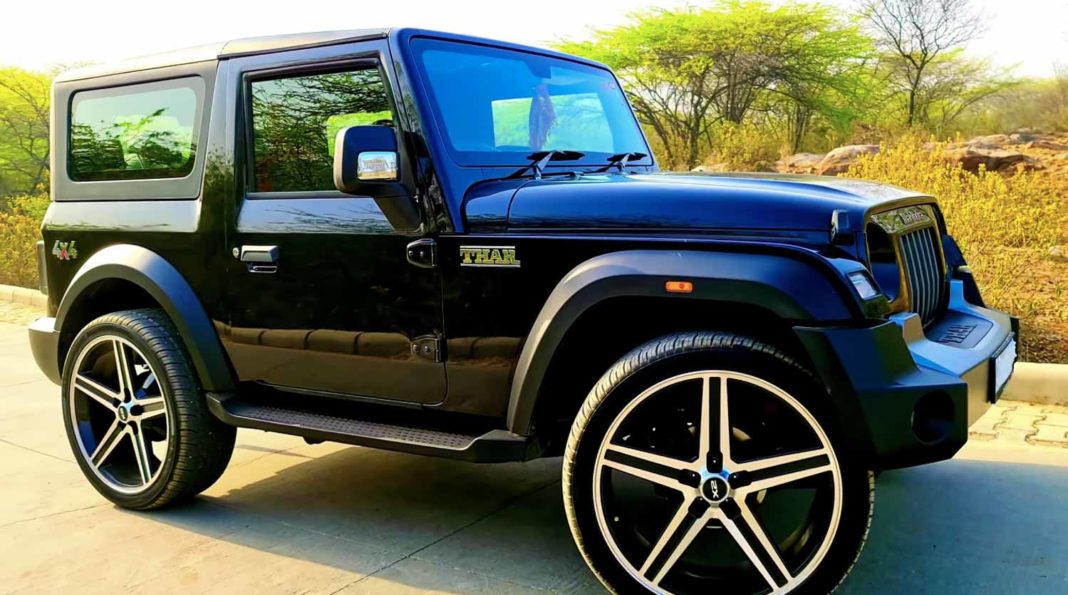 The AX variant of the Mahindra Thar gets 16-inch steel wheels, while the LX trim level comes equipped with 18-inch alloy wheels as standard

After extensively testing it for months, Mahindra finally launched the new-gen Thar late last year, and thanks to the substantial updates that the carmaker has introduced with the new model, the SUV has gained immense popularity in the market. While Mahindra is offering a host of custom accessories with the car, the aftermarket scene obviously takes it a notch higher.

While this isn’t something we would recommend for a dedicated off-roader like the Mahindra Thar, Rajni Chaudhary has gotten massive 24-inch alloy wheels for her SUV. This obviously hampers the Thar’s off-roading capabilities, but as an on-road vehicle, the modified Thar surely looks dope.

Apart from the stylish looking alloy wheels, this Thar has also been equipped with aftermarket headlamps with round LED DRLs, as well as HID bulbs for the fog lamps. So far, no other changes have been made to her Thar LX Hard Top apart from the aforementioned ones.

Powering the Mahindra Thar are two engines, including a 2.0-litre mStallion TGDi turbocharged petrol engine that generates 150 PS power and 300 Nm torque (320 Nm with AT), and a 2.2-litre mHawk turbo diesel engine rated at 130 PS/300 Nm. Both the engines can be had with either a 6-speed MT or an optional 6-speed AT. 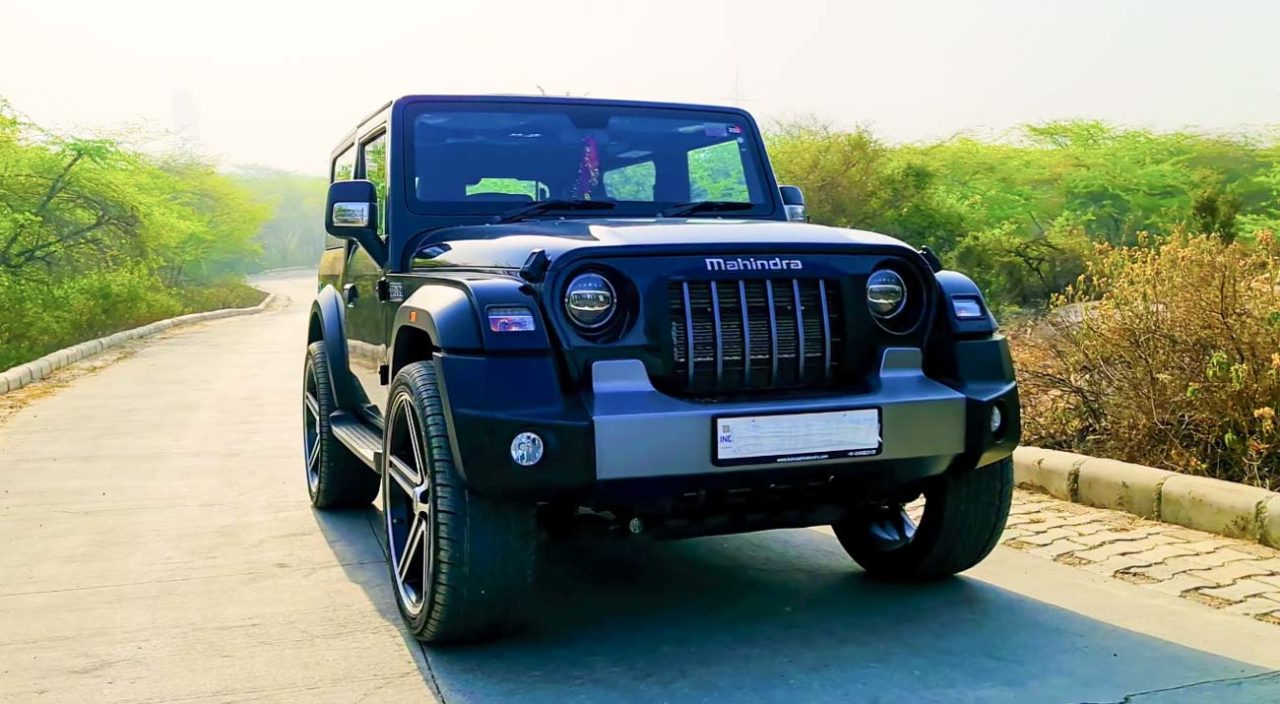 As of now, Mahindra retails the Thar at a starting price of Rs 12.10 lakh, which goes up to Rs 14.15 lakh (both prices, ex-showroom) for the top-end trim. While the Thar has no direct rival in the country, it faces competition from similarly-priced SUVs like Kia Seltos, Hyundai Creta etc.