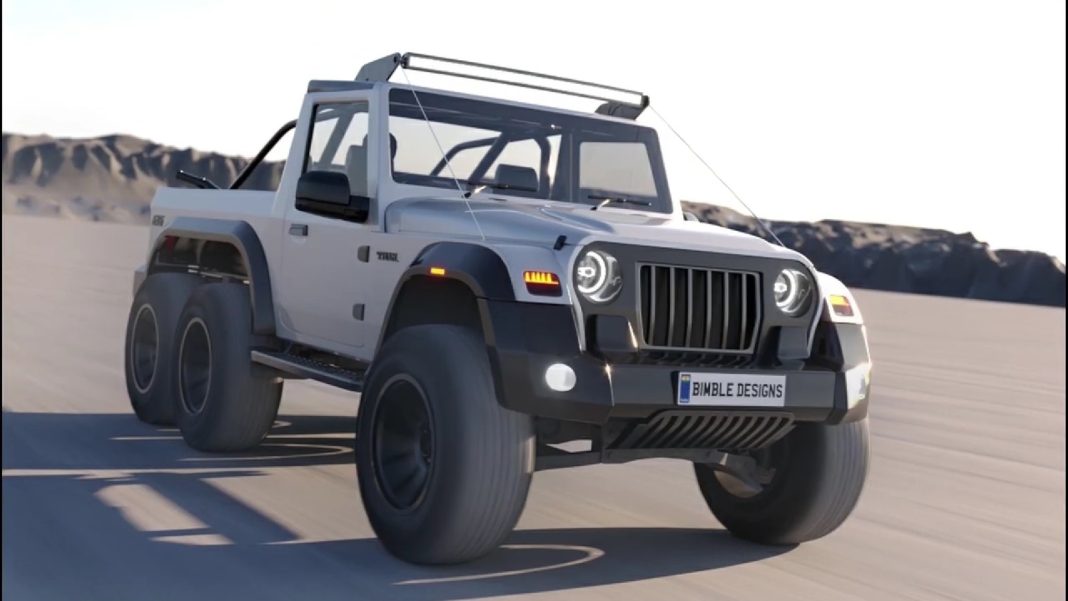 Check out this digitally modified Mahindra Thar, which has been turned into a Dakar-style 6×6 off-road truck by Bimbra Designs

Mahindra Thar is an extremely popular SUV among custom builders, who love to think of it as a canvas to showcase their craftsmanship. However, real-life modified examples have their limits, and they cannot just go completely crazy. With digital modifications, however, one is only limited by their imagination, which leads to interesting results sometimes.

Here, we have a digitally modified Mahindra Thar by Bimbra Designs, which sports an extra pair of wheels! This 6×6 off-roader looks absolutely brilliant, thanks to its butch stance. At the front, we see a blacked-out face, LED headlamps, and LED foglamps. At the sides, we see that the rear wheelarches house two pairs of wheels. The wheels are all custom, all-black, deep-dish units, shod with massive tyres.

The rear passenger cabin has been removed, along with the seats, to turn the rear section into a loading bed. The vehicle also gets bed bars, and spare wheels have been mounted here, Dakar-style. The suspension has been raised significantly, and the ground clearance is high enough to drive over small rocks easily. Interestingly, the exhaust now points sideways, with one pipe under each sidestep. 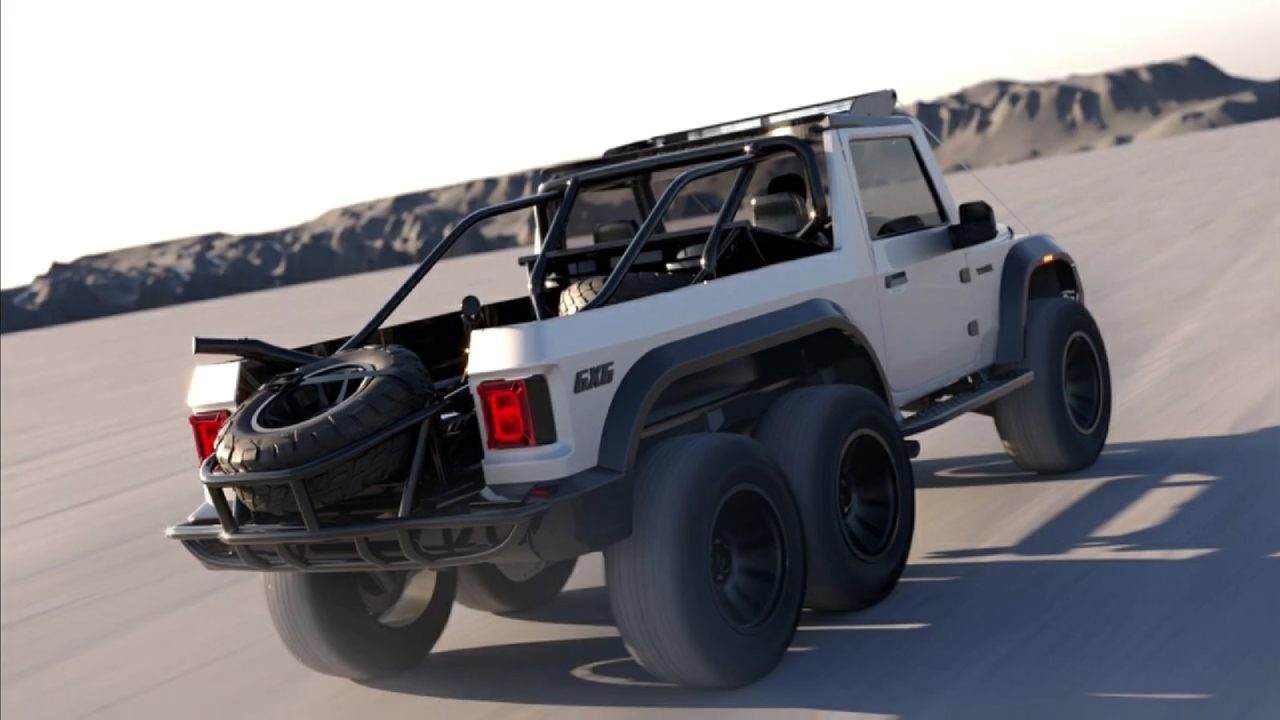 A rear windscreen has been added behind the first-row seats, and we also see an auxiliary LED light bar on the roof of the vehicle. The 6×6 badging near the rear wheelarch indicates that this digital model gets power on all six wheels! That would make this a god-tier off-road machine, similar to Mercedes-AMG G63 6×6.

However, the Merc was powered by a 5.5-litre twin-turbo V8, with 544 PS on tap. The Mahindra, on the other hand, is available with a choice between a 2.0-litre turbo-petrol (150 PS) and a 2.2-litre turbo-diesel (130 PS). Although both the engine options of Mahindra Thar are fairly powerful, they wouldn’t be great for a 6×6 car. 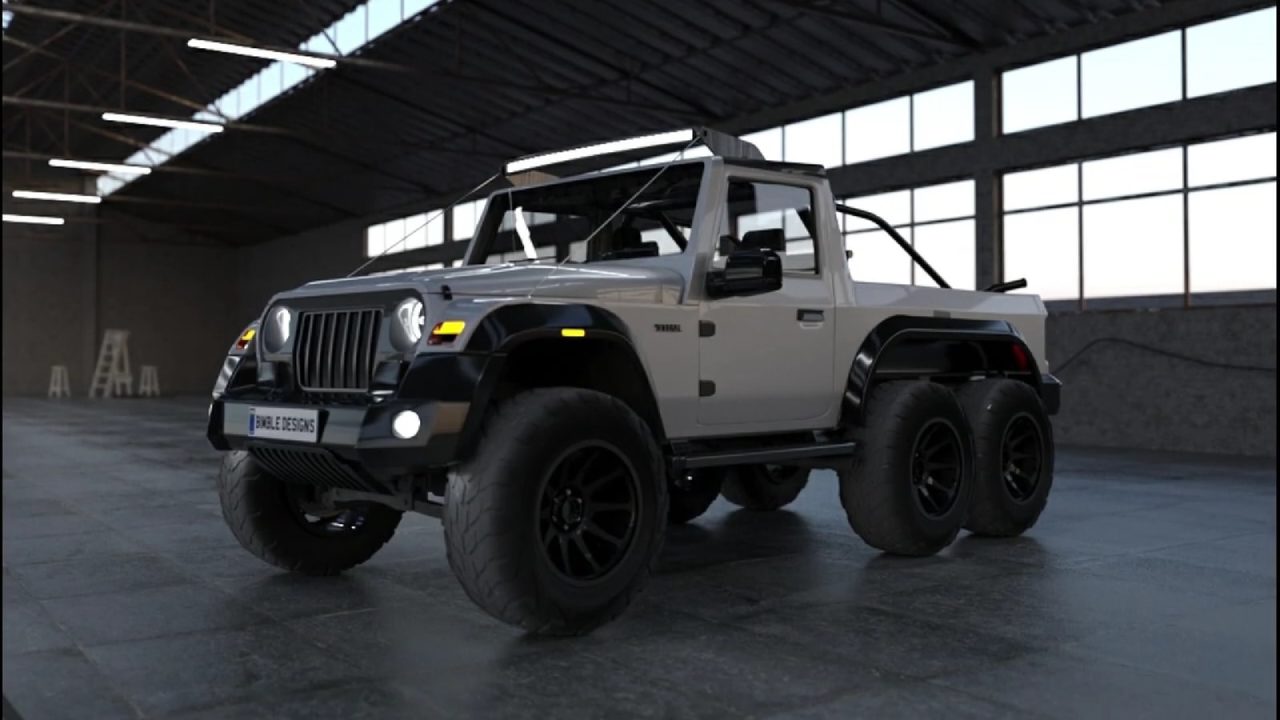 A larger, more powerful engine would be needed under the hood, if this concept were to ever be realised. Sadly, we’re not sure someone would be crazy enough to transform a Thar into a 6×6 monster truck out here in the real world.