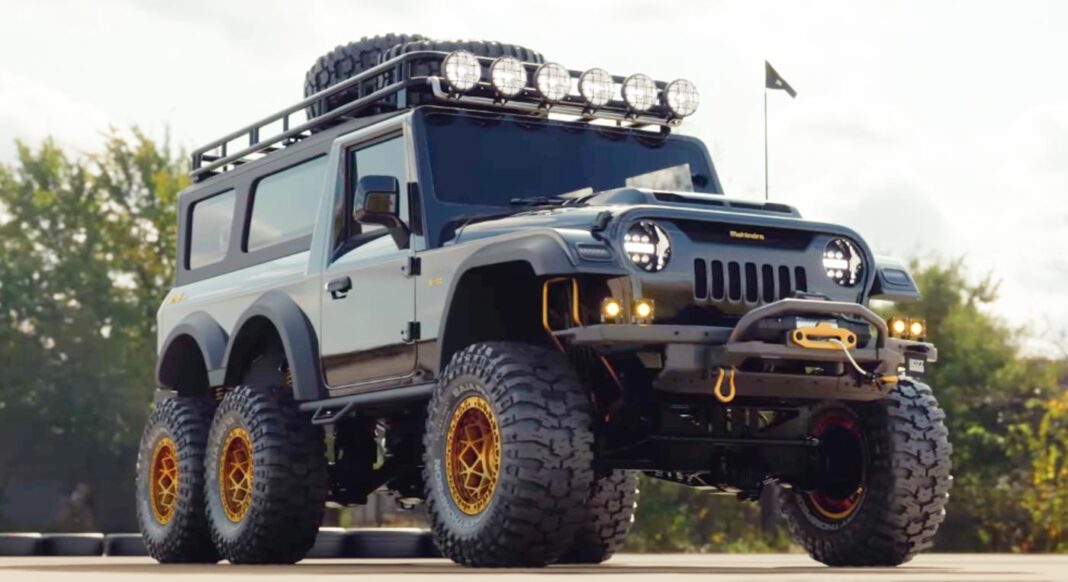 The Mahindra Thar is one of the best-selling 4X4 SUVs in the country ever since its launch a couple of years ago and continues to attract buyers with its practical and powerful package. The SUV is also one of the most sorted lifestyle vehicles in the country.

Having said this, here is a Mahindra Thar 6X6 concept that not only boasts a long list of modifications but in addition to this, has been modified heavily to include a new set of rear wheels. Here is everything you need to know about it.

Upfront, this modified Thar concept features a new off-road bumper with a few sets of auxiliary lights and tow shackles. In addition to this, it also gets a powered winch in the centre to be used during recovery. The SUV also features new LED headlights, a new front grille and new custom fenders that give it a completely new identity and help it boast a strong road presence. 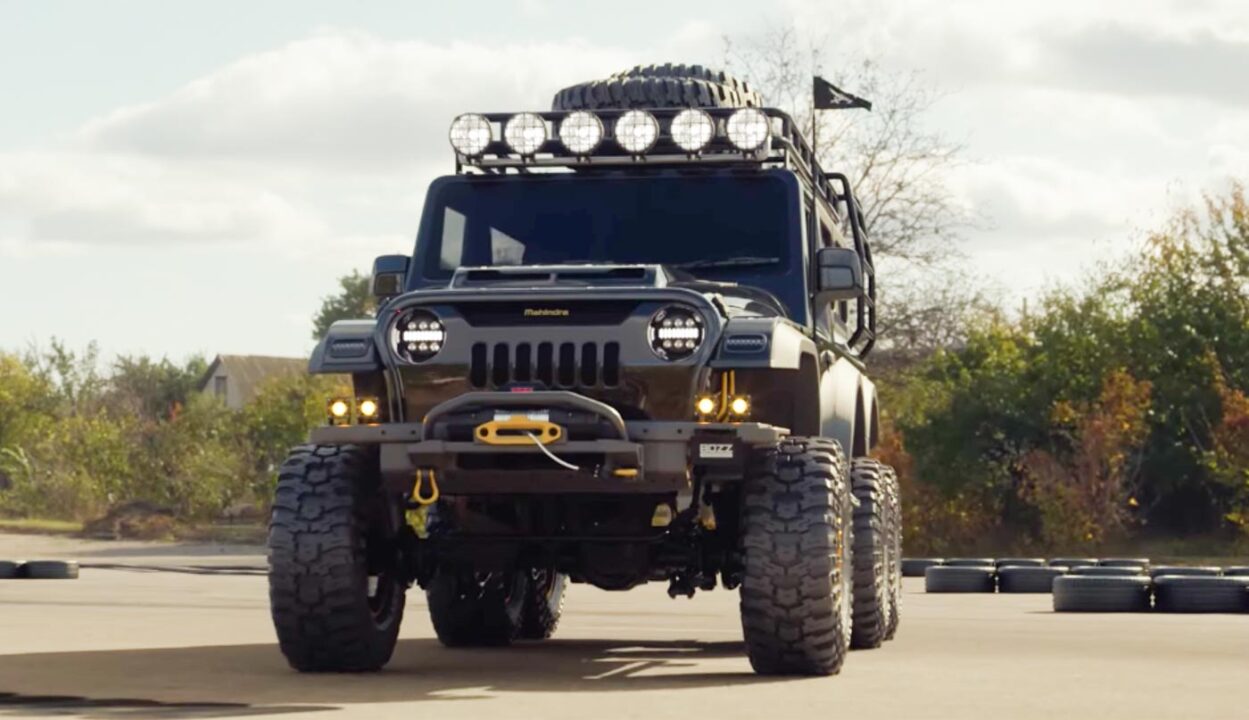 To further complement the new looks, it gets a tailor-made roof carrier with custom mounts for new LED auxiliary lamps that have been mounted on the top. Move to the sides and you will notice new golden alloy wheels wrapped in off-road tyres. Things at the rear are no different and this Mahindra Thar 6X6 concept features a new set of LED taillights, a tail-gate mounted alloy wheel and a new metal bumper which helps in improving the departure angles by a fair margin.

One of the most important changes however comes in the form of a new axle at the rear along with new 6X6 badging at the rear. In addition to the new set of tyres, it also gets a modified hard top, a longer wheelbase and some other changes to accommodate the new rear axle. No details about the powertrain upgrades however are available at the moment.

Having said this, the Mahindra Thar is currently only offered as a 3-door 4X4 off-road SUV in the country and is soon expected to get major updates as the brand is working on a 5-door version and standard 4X2 version of the Thar. More details about both these versions are yet to be shared by the brand in the country.