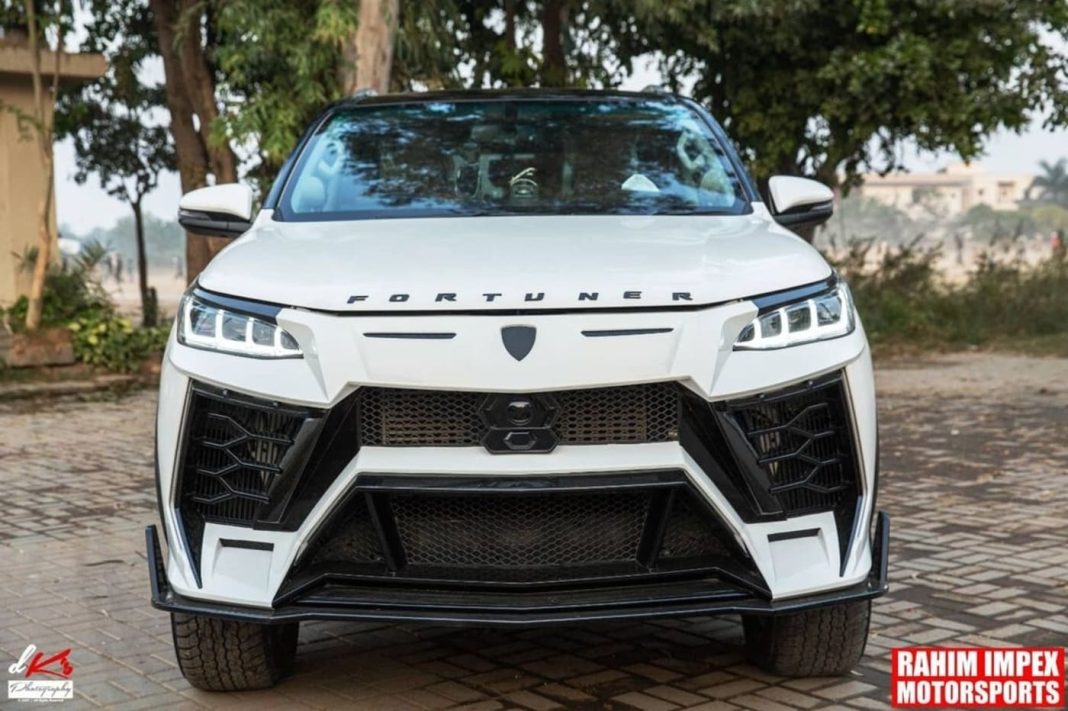 This modified Toyota Fortuner from Pakistan gets a custom body kit, which gives it a Lamborghini Urus-inspired look

Lamborghini Urus was launched back in 2018 as a supercar in an SUV’s body. As such, it is reasonably practical while still offering crazy levels of performance. Sadly, not everyone has the means to own a Lambo, which is a heartbreak for enthusiasts all over the world, but many people have some interesting tricks up their sleeves.

Many people take the aftermarket route to turn their existing vehicles into replicas of the cars of their dreams. The vehicle featured here is another such example; this is a Toyota Fortuner from Pakistan that wears a Lamborghini Urus-inspired custom body kit, and these pictures have been shared by Sialkoti Racers. Let’s take a closer look at the design details of the vehicle.

The biggest difference is at the front; the front fascia is completely new, featuring a sharp-looking bumper with large vents and a sleek grille. It also gets a black lip spoiler, which looks good against the white body. On the nose, we see a blacked-out shield logo, resembling Lambo’s logo, but without a raging bull on it. 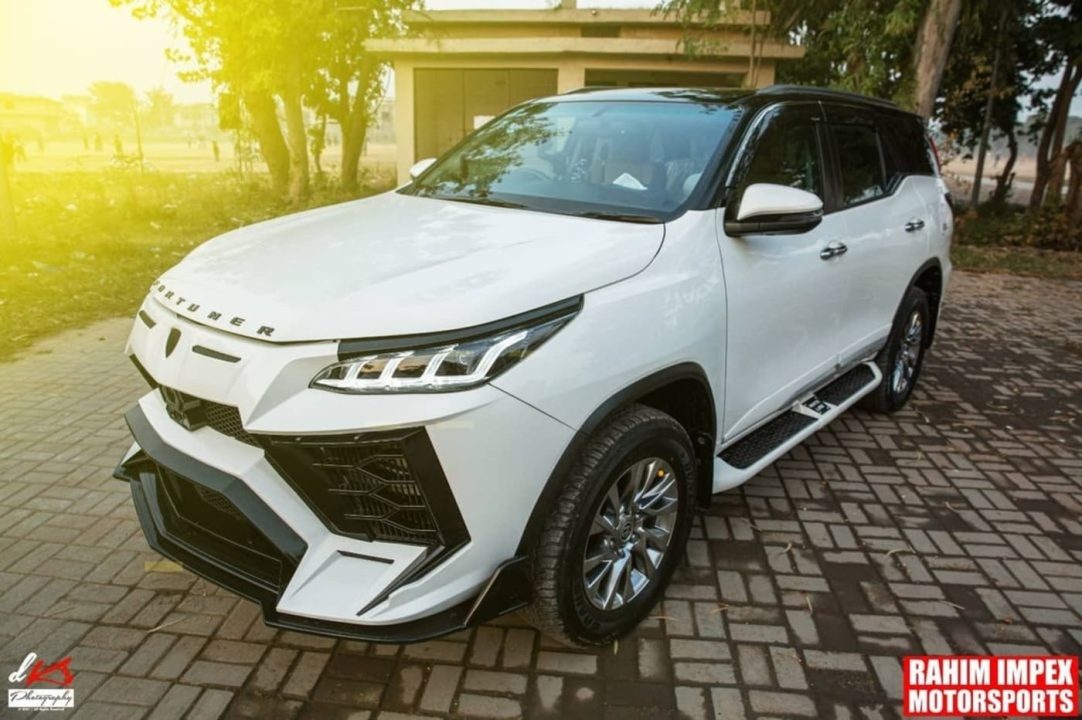 In case you were confused about the real identity of this vehicle, it gets bold black ‘Fortuner’ lettering on the nose. Other than that, we see that a pair of big side steps have been added to SUV, along with white-finished door claddings. Interestingly, a front camera housing can also be seen at the front of the SUV, along with ADAS sensor housing.

However, Toyota Fortuner does not get these features as standard, and we’re not sure if these have been installed by the customer or if they are just faux design elements. The headlamps are LED units that resemble the ones on Fortuner Legender, and a portion of the stock piano black inserts can be seen above them. 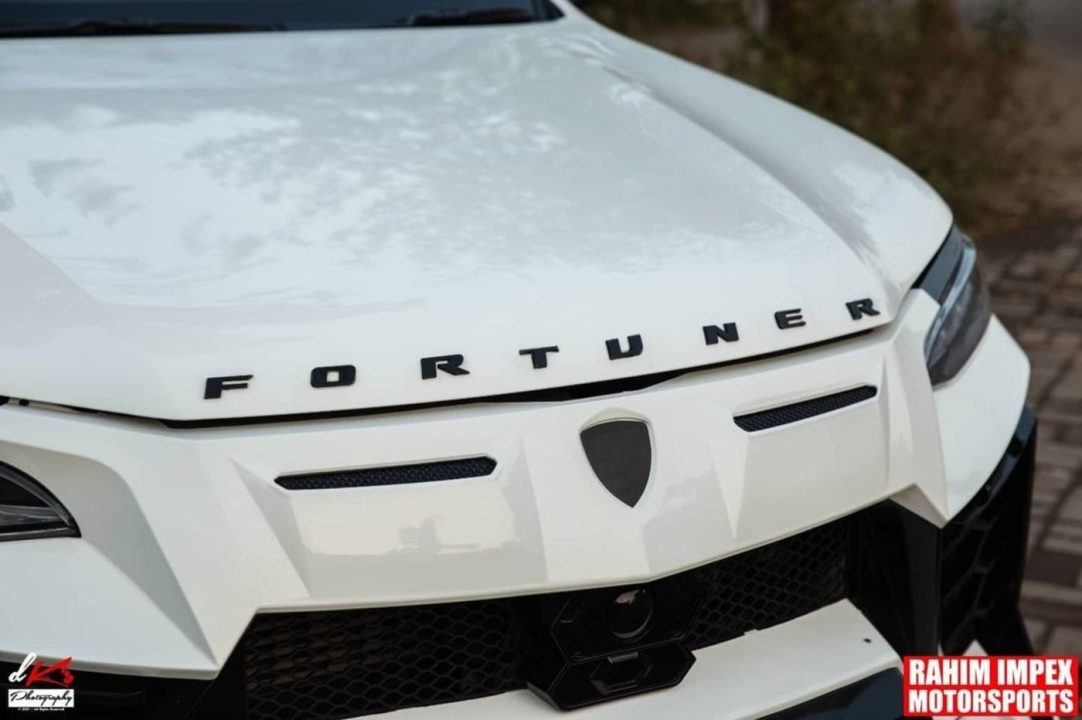 Interestingly, Toyota Fortuner Legender isn’t yet available in the Pakistani market. However, local news reports from our neighbouring country have stated that it will launch there soon. As for the regular Fortuner, it is priced from PKR 8,149,000 to PKR 9,849,000 (INR 34.45 lakh to INR 41.64 lakh).