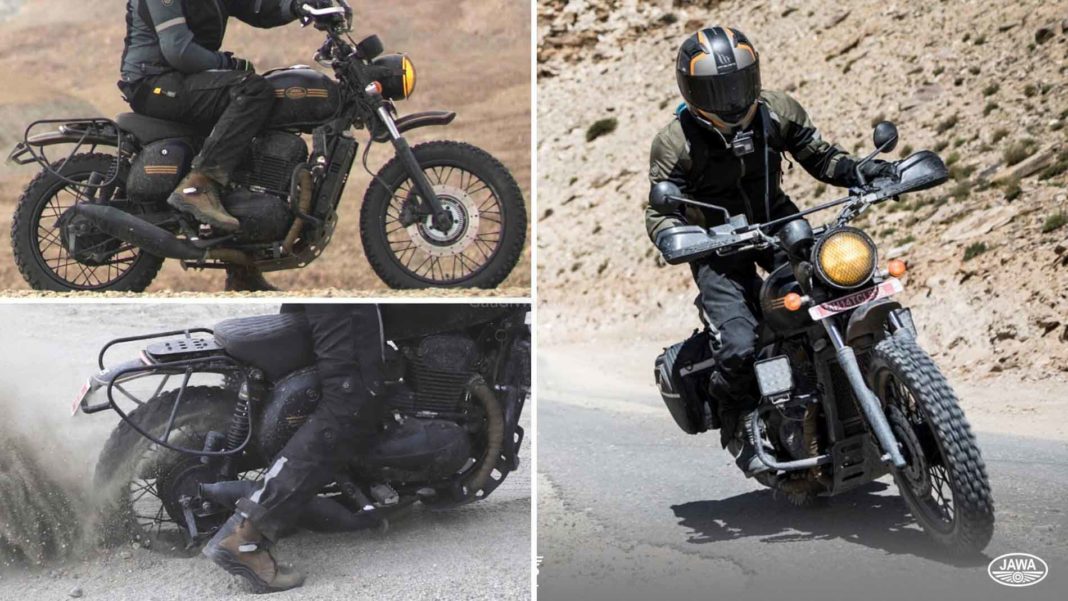 A Mumbai-based automotive customisation shop called ‘Bombay Custom Works’ has transformed a Jawa Forty Two into a scrambler-cum-adventure tourer, and the end product looks way better than what we had expected. This completely blacked-out Jawa Forty Two truly looks badass!

In order to make it a more practical touring bike, the dual-seat setup has been replaced with a single-seat setup. The bike gets customised front and rear fenders, along with a saddle bag mounting kit. It has also been equipped with dual-purpose tyres, a custom raised handlebar with knuckle guards and a large metal bash plate.

Apart from that, the Jawa Forty Two’s stock exhaust has been replaced with a custom unit. It also gets a headlight guard, along with two massive auxiliary lights that have been placed on either of the motorcycle’s crash guards. 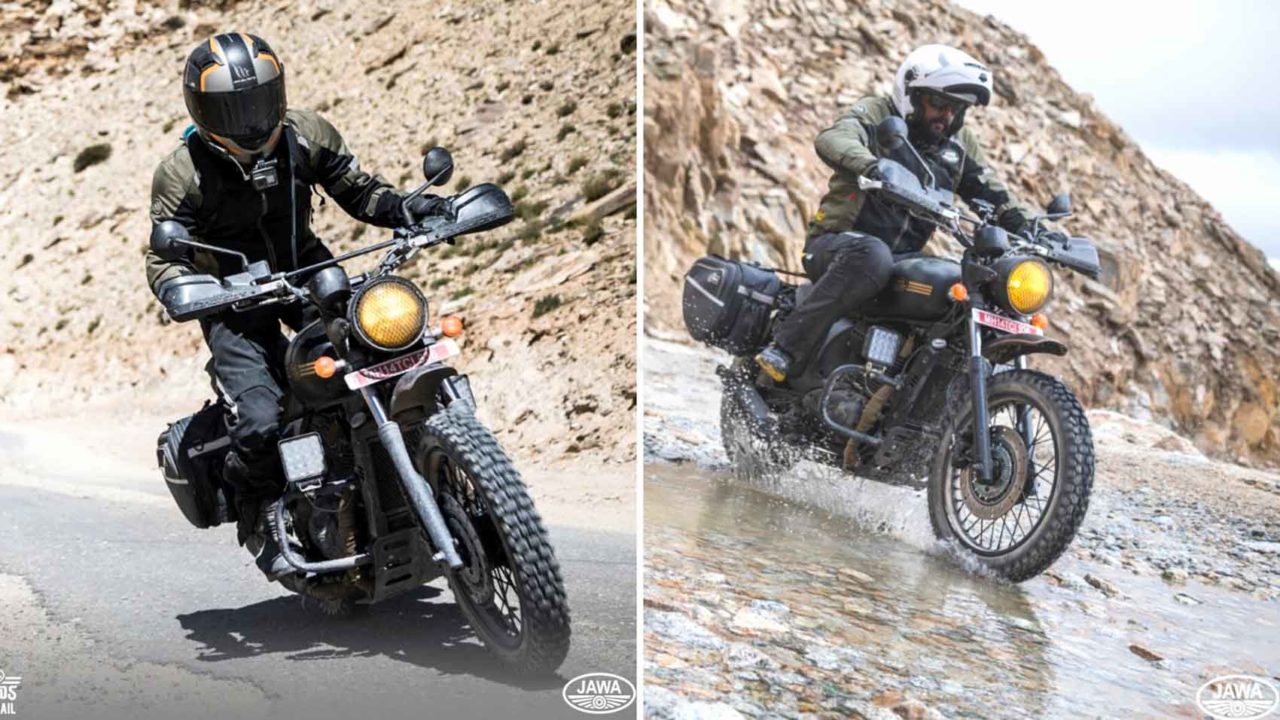 Jawa offers the Forty Two in four matte paint schemes, namely Galactic Green, Halley’s Teal, Starlight Blue; along with two glossy colour options including Comet Red and Nebula Blue. However, this custom Forty Two gets an all-black matte paint scheme, paired with Jawa’s signature golden logo and stripes. While the OEM spoke alloys have been retained, they have also been painted black.

No changes have been made to the bike’s motor, and it continues to draw power from a BS4-compliant 293 cc, single-cylinder, 4 stroke, liquid-cooled, DOHC motor that belts out 27 hp of max power and 28 Nm max torque. The transmission duties are handled by a constant-mesh 6-speed gearbox. 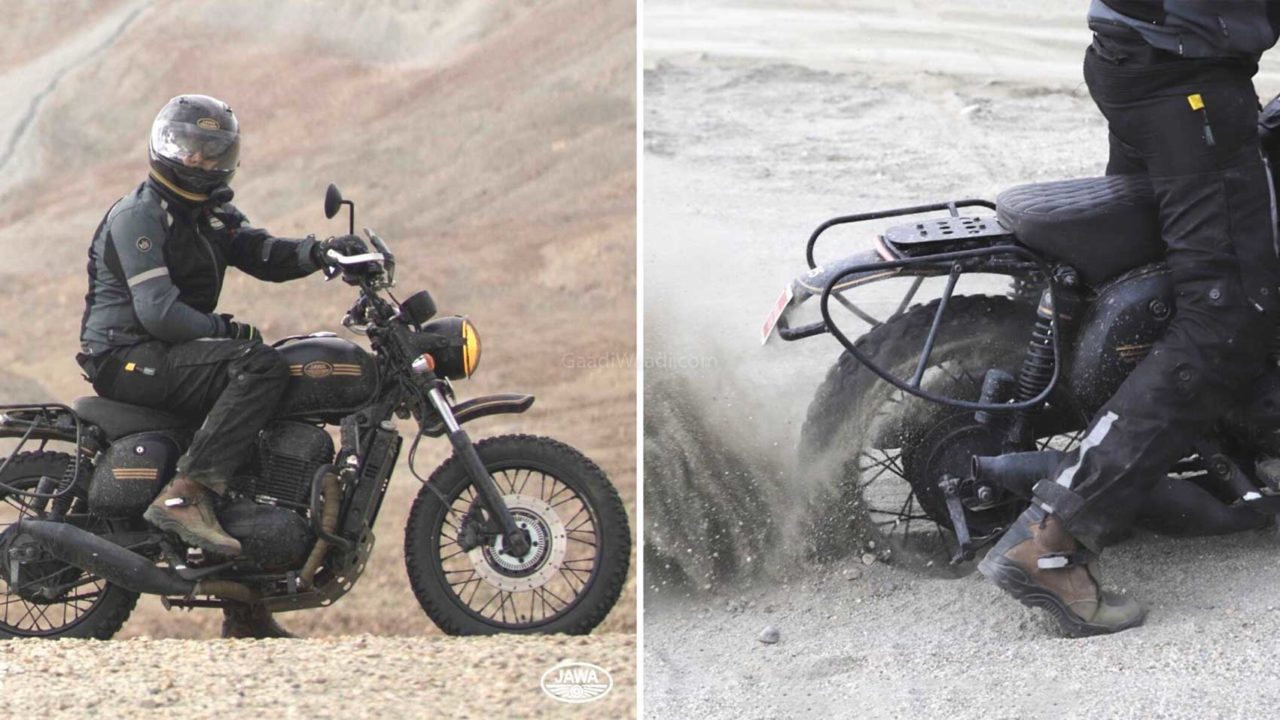 The custom Jawa Forty Two was shared by Jawa on its official social media handles itself, as an inspiration for an online contest being organised by the two-wheeler manufacturer called ‘Jawa Kommuniti Kustoms’. The company has asked its fans to upload sketches or 3D renders of customised Jawa bikes on their official social media accounts. The last date to send an entry for the contest is April 30, 2020, and the winner will be decided via online voting.