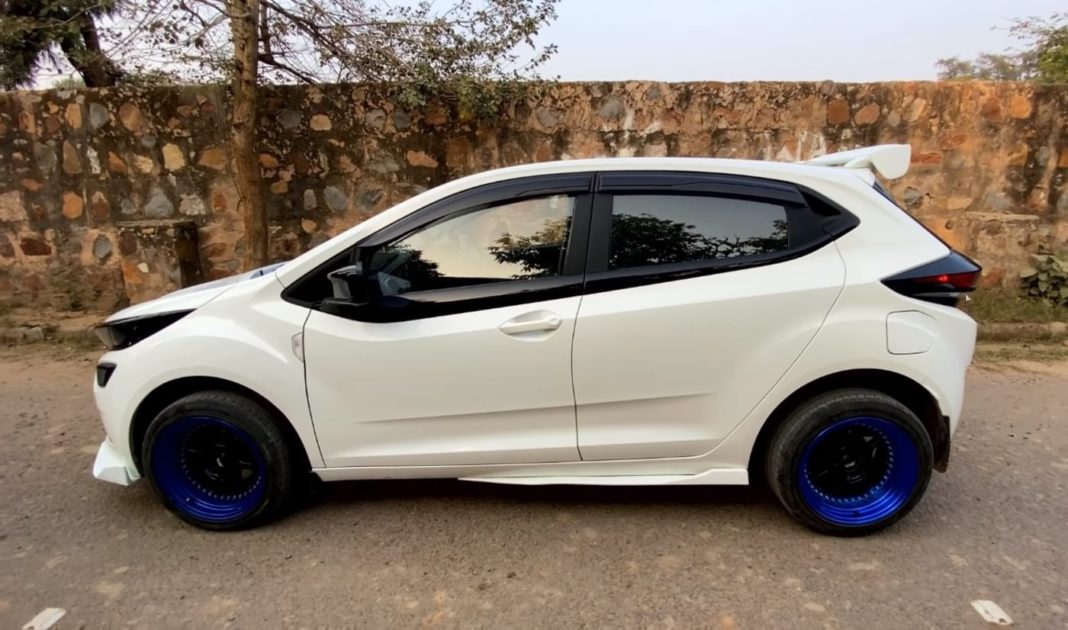 Here, we have a customised Tata Altroz, which gets a sporty body kit and aftermarket rims, along with a new infotainment and audio system

In January last year, Tata Motors launched its first premium hatchback in India, the Altroz. It was available with two engine options – a 1.2L petrol and a 1.5L turbo-diesel. Last month, the manufacturer added a 1.2L turbo-petrol engine to the range. Regardless of the powerplant, the Altroz is quite a handsome vehicle, but a few enthusiasts believe there is room for improvement!

Here, we have a modified Tata Altroz, built by Pro Carz, a custom workshop based in New Delhi. This particular model was the base ‘XE’ variant, and it features plenty of changes to the exterior as well as the interior. At the front, the headlamps have been given a smoked effect and the chrome lining under the front grille has been given a piano black finish. A pair of aftermarket LED DRLs (which also function as indicators) has been added above the headlamps, which cost Rs. 600.

All the black bits on the car, including the ORVMs, window lining, black elements on the tailgate, etc, are PPF protected. The Tata logo on the nose is left untouched, but the one on the rear has been painted black. The ‘ATROZ’ badging on the tailgate is also unaltered. 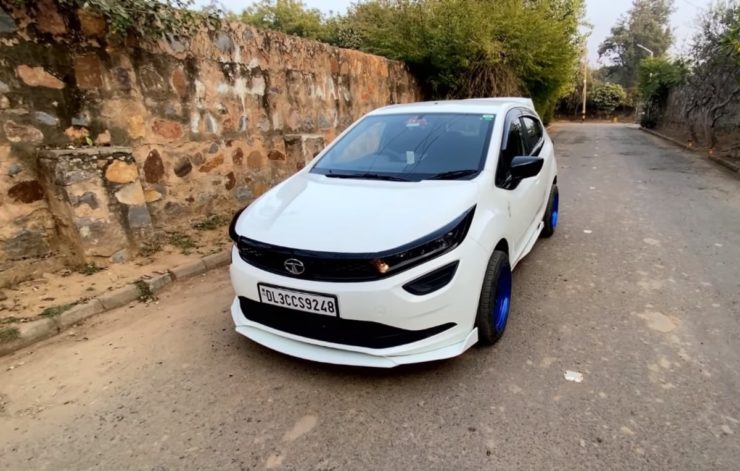 A universal centre armrest (Rs. 900) has been added, along with a multi-colour ambient lighting system (Rs. 3,000). The floor gets 7D mats, neatly fitted at the front and the rear. Overall, the price of all these modifications is estimated at around Rs. 1.20 lakh, while the vehicle itself set the owner back by just Rs. 5.95 lakh!