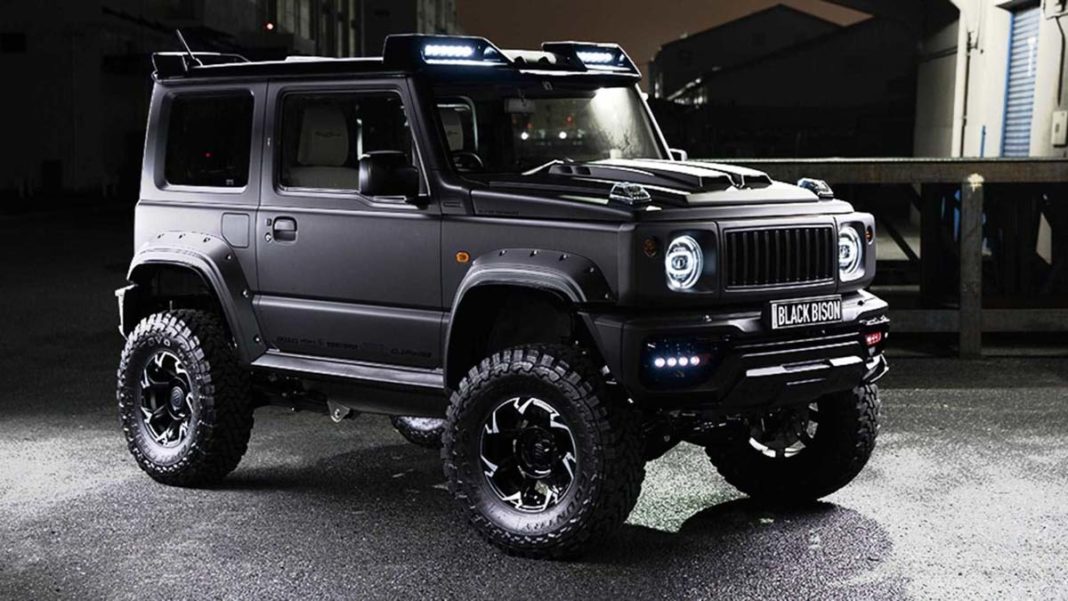 Suzuki’s fourth generation Jimny broke into the international markets last year as it succeeded the previous model after two decades. As expected, it has become an instant hit among buyers and enthusiasts alike as pre-orders soared to new heights. The speculations surrounding Jimny entering India are far from gone as it is expected to be in the pipeline for a future launch.

The mini off-roader is adored for its functional design as well as the ability to take in different modifications. We have showed you the Jimny being converted into mini Mercedes-Benz G-Wagen before, along with numerous other bolt-on body kits that enhance the overall stance of the supple SUV.

The Japanese manufacturer is indeed finding hard to cope up with the demand for new Jimny and so are the custom workshops who are coming up with new ideas to appease their customers, as the nameplate has been more popular than ever before. Wald International wanted to leverage the popularity of Jimny and developed Jimny Black Bison Edition. 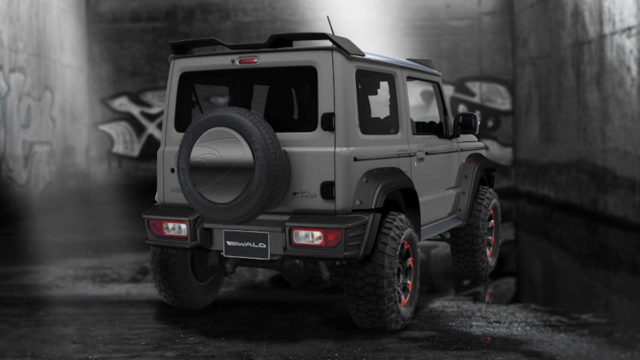 This has to be singlehandedly one of the best custom jobs we have come across that looks so darn good. The Jimny gets an appliance of black colour all around the body and is based on the Sierra variant that is retailed across Japan and every other market. Aptly called the Jimny Black Bison Edition, it adorns horizontal LED strips on the roof as well as on the front bumper.

The front grille has been redesigned with LED O-ring headlamps, scoops on the bonnet, sportier bumpers, spoiler at the rear and a newly designed set of wheels add an in-the-face character to the mini 4×4. We do not know if any mechanical changes are made by the Japanese tuning firm.

The regular Jimny gets powered by the 0.66-litre R06A turbocharged petrol engine in its home market of Japan while a newly developed 1.5-litre K15B unit making 100 PS and 130 Nm is used globally.