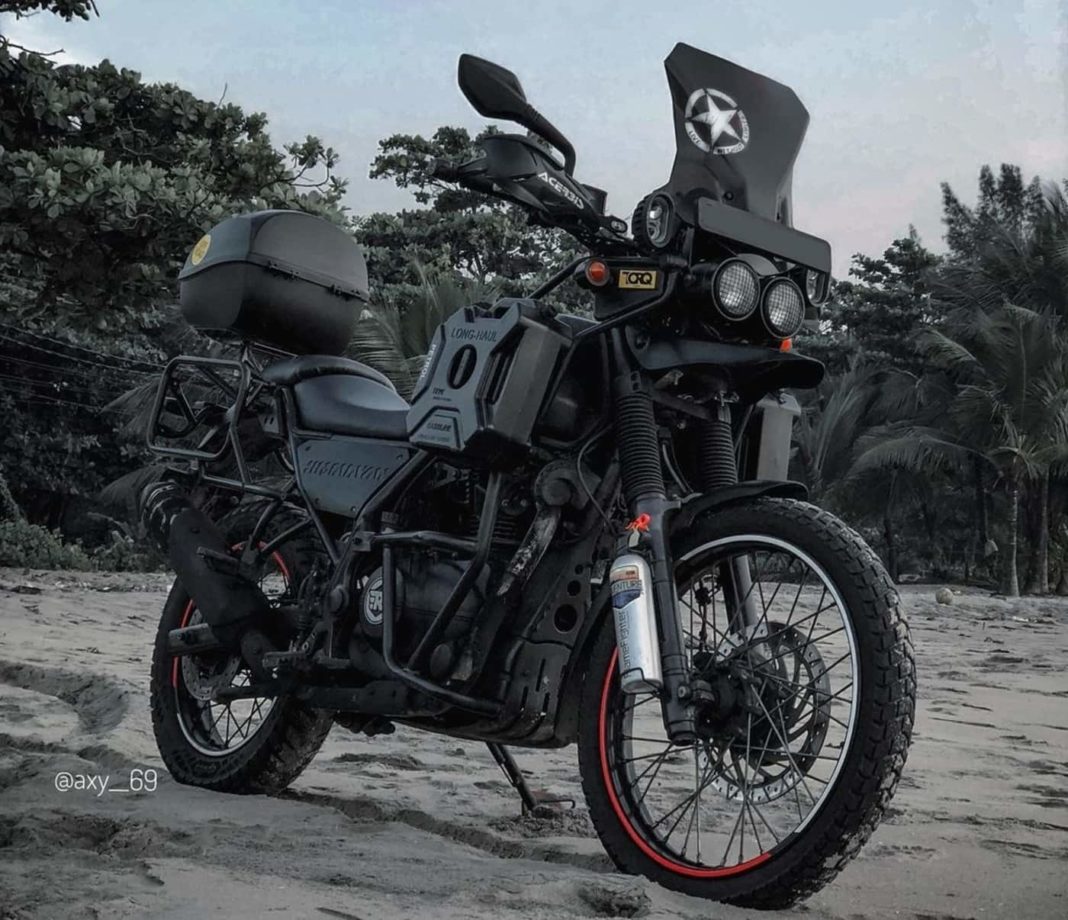 The Royal Enfield Himalayan is one of the best options for adventure riders in India, being an extremely capable yet affordable bike

The adventure motorcycle segment is growing at a fast pace in India, and there are plenty of options available in our market currently. At the affordable end of the spectrum, the Hero Xpulse 200 and Royal Enfield Himalayan are two extremely popular choices. Here, we bring you a modified example of the latter, owned by Akshay P.A., which has been custom-built for heavy-duty adventure.

There are plenty of changes worth noting on this modified motorcycle. The stock headlamp has been replaced by a twin projector setup, with protective mesh on them. A tall windscreen has been added here, along with new knuckle guards, a new beak, and a few auxiliary lights. The turn indicators are new as well, and two jerry cans have been mounted on the bike, one on each side of the fuel tank.

Heavy-duty crash bars have also been installed on the motorcycle, and at the rear, we see a mount for the top box and saddle stays. Other than that, the rear-view mirrors are also new, and the wheels get sporty-looking red and white taping. The seats seem to have extra padding, and a small fire extinguisher has been mounted on the right front fork. 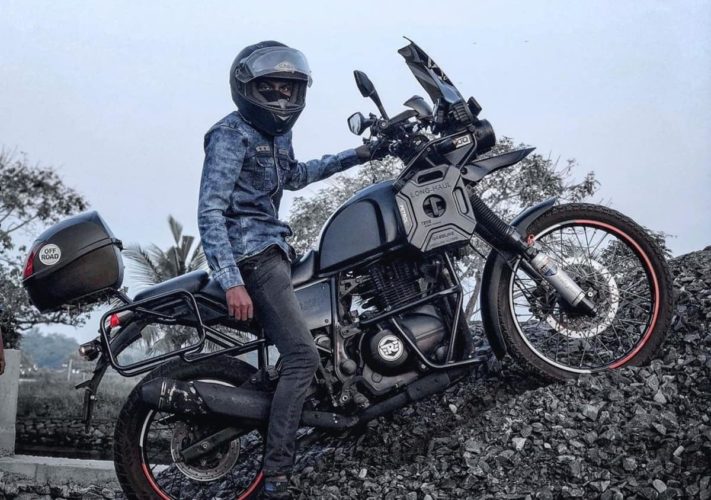 The dark paint scheme adds to the Himalayan’s visual appeal, while the other mods add to its practicality factor for touring and off-roading. This particular model is the BS4 version of the Royal Enfield Himalayan. It was powered by a 411cc single-cylinder, air-cooled engine, which generated a peak power of 24.8 PS and a maximum torque of 32 Nm.

On the current BS6 version, the same 411cc engine is employed, but the power output has dropped slightly, to 24.3 PS. The torque, however, remains constant at 32 Nm. The transmission continues to be a 5-speed unit. Also, the RE Himalayan now gets a switch to turn off the ABS on the rear wheel, which is a huge advantage when tackling off-road terrain. 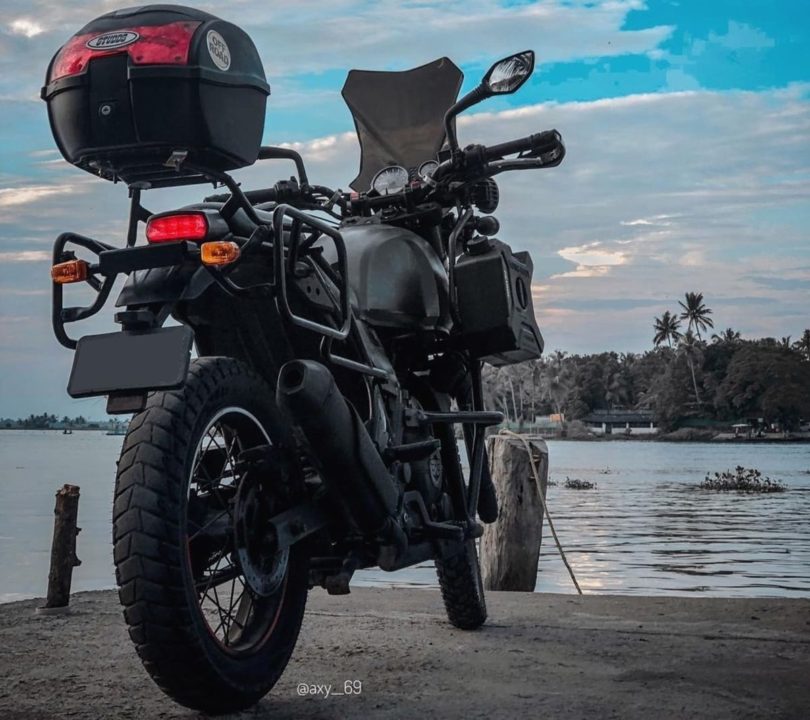 The Royal Enfield Himalayan is currently priced from Rs. 1.91 lakh to Rs. 1.95 lakh (ex-showroom, New Delhi). We expect a new update for the Himalayan to roll out soon, probably next year, which will add tripper navigation to the features list.