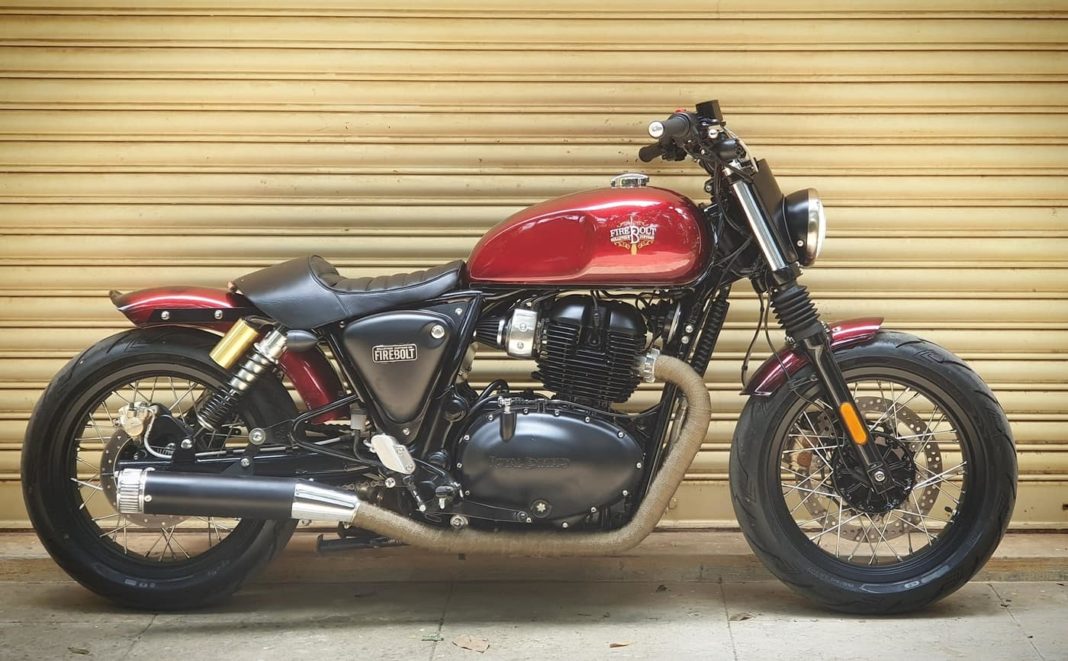 Check out this Harry Potter-themed bobber, based on RE Interceptor 650, which has been built by Bulleteer Customs

Royal Enfield is the most popular premium motorcycle brand in India, enjoying a cult-like following among enthusiasts in our country. In 2018, the Chennai-based motorcycle manufacturer introduced the 650 twins – Continental GT650 and Interceptor 650 – which have managed to become popular not just in India, but in many international markets as well.

As with all Royal Enfield motorcycles, the 650 twins are also quite popular among custom motorcycle builders. Here, we bring you a modified RE Interceptor 650, which has been built by Bulleteer Customs. The motorcycle has been built for a Harry Potter fan, and is affectionately called ‘Firebolt’, a reference to the magic broom Harry receives at the end of the third book (or the third movie).

As for the design, the motorcycle has a lot of details worthy of being noticed. At the front, we see a round LED headlamp, with an integrated LED DRL ring. The front fender is extremely short, and the front suspension features much less travel than stock. The handlebar has been replaced by an aftermarket one, and the turn-indicators are new as well. 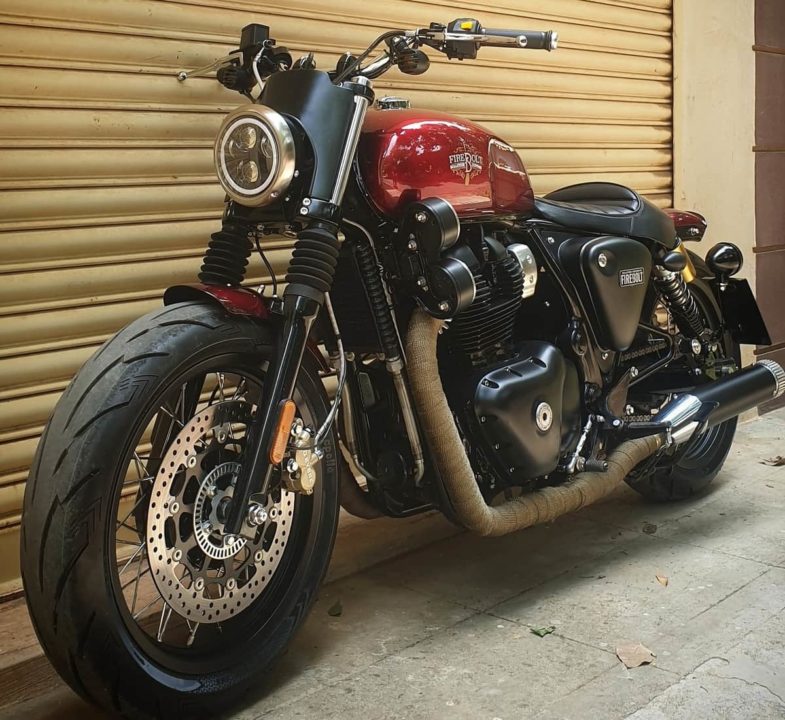 The fuel tank features a lovely Dark Red paint job, with a custom ‘Firebolt’ insignia on it. The front and rear fenders also sport the same red paint, while the rest of the bike has been blacked out, including the engine assembly. The stock seat has been replaced by a lowered, custom single seat, in typical bobber fashion. The wheelbase of this modified Interceptor 650 has been stretched out, and the short rear fender adds a touch of sportiness.

An LED strip positioned at the end of the seat serves as the taillight, and the rear turn indicators are aftermarket units. The instrument cluster has been mounted sideways on the left side of the bike, just below the fuel tank. The exhaust pipes have been wrapped, and the bike gets custom exhaust cans as well. The motorcycle also sports 150 section tyres on both ends, shod on beautiful spoked wheels. 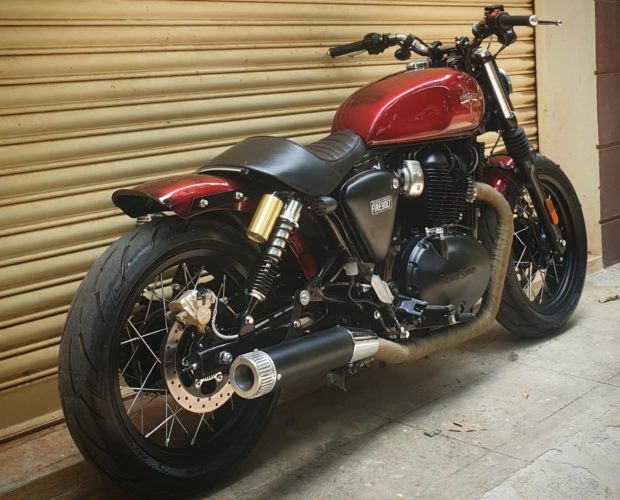 There don’t seem to be any noticeable modifications to the engine, except for the new exhaust. In all honesty, this custom-built Royal Enfield Interceptor 650 bobber has quite an impressive design, are we are thoroughly smitten by its styling.