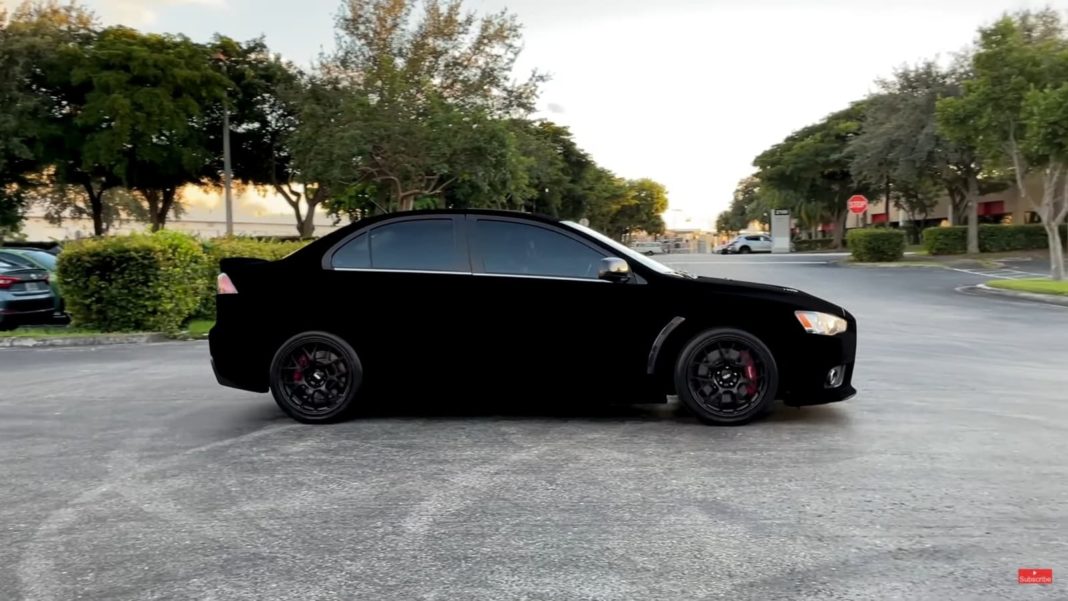 The paint – called Musou black – has a light absorption rate of 99.4 per cent, and can turn a car into a rolling black hole

Last year, BMW made headlines with its ‘Vantablack’ X6, which was capable of absorbing 99.965 per cent of all light that falls on it. This would make it the darkest object on the street, if it were to be seen on the streets. Surrey NanoSystems, the creators of Vantablack paint, have stated that the paint isn’t really meant for automobiles, and it isn’t for sale to private individuals. Even if it were, it’s far too expensive.

Some people just love the forbidden fruit though, and they’ve found an alternative to Vantablack paint. Here, we have a video, posted by DipYourCar, which shows us the next best thing, called ‘Mosou Black’, painted on to a Mitsubishi Lancer. Produced by Japan’s KoPro, this paint isn’t meant for cars either, but it is available for purchase.

Compared to Vantablack, Musou black isn’t as effective at absorbing rays. The latter only absorbs 99.4 per cent light, but hey, who can tell the difference, right? We see the entire painting process in the video, which wasn’t too hard; the vlogger simply pours the paint into a spray gun canister, loads it, and sprays away.

A total of five coats of paint are applied to the car, but the paint is seemingly too delicate to be practical. It forms a powdery layer after drying, and can easily gloss or peel off after light contact with anything. On the road, exposed to the elements, it wouldn’t take much to destroy the paint job. That said, the final product does look amazing, even if for a short duration!

The darkness of Musou black is too high, and the finer details on the exterior have all gone missing. The wheels, headlights, taillights, front grille, air vents, and the glass area aren’t painted, and these are the only things that can be understood visually. Overall, this looks like a big heap of black, with a few car-like features. 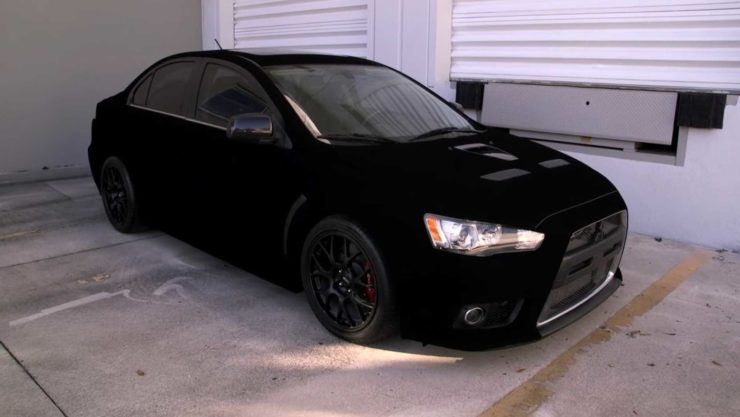 This whole exercise was extremely childish and pointless, and we loved it! KoPro states that air-brush is the ideal way to apply this paint, but even with a regular paintbrush, you’ll achieve 98.8 per cent light absorption, which is honestly impressive. A 100ml bottle of Musou black costs 2,500 Yen (around Rs. 1,770), exclusive of shipping charges, and can be bought via the company’s official website.