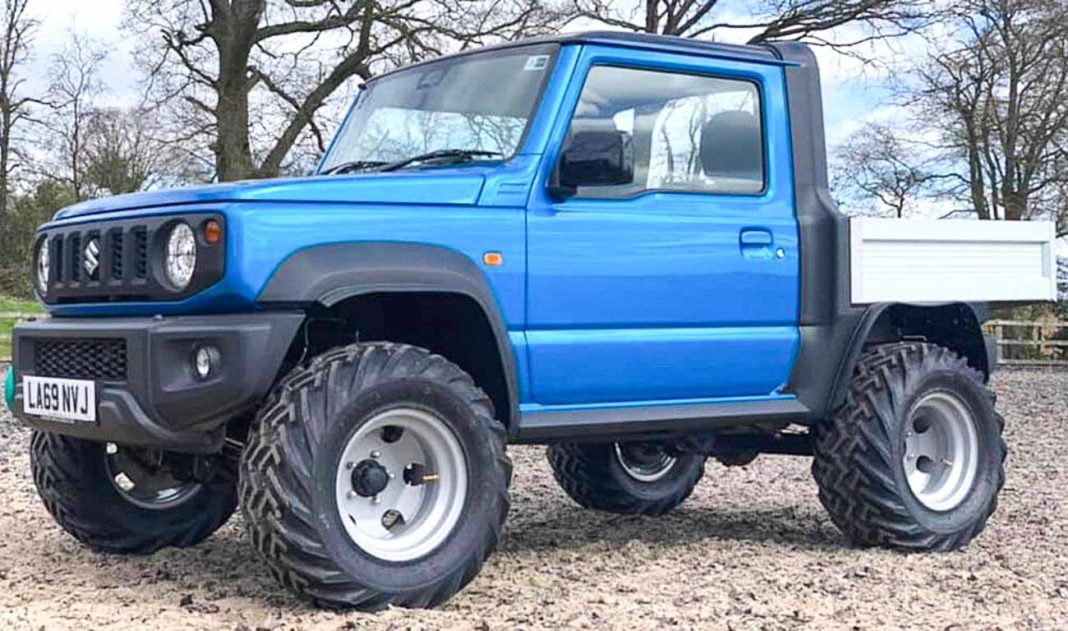 While we have already seen some modified examples of the Suzuki Jimny that have a pickup format, the one seen here is easily the boldest version we’ve seen so far

The fourth-gen Suzuki Jimny has garnered a great response in all the markets it is sold in. In fact, the SUV has even become quite popular in the customization world. We’ve already seen some modified examples, where the mini SUV has been turned into a pickup truck. Even back at the 2019 Tokyo Auto Salon, Suzuki displayed an official mod in which the Jimny was transformed into a pickup concept.

However, that was more than a year ago and we’re yet to see the production version. Suzuki New Zealand does sell a pickup body style variant of the Jimny but that’s more of a dealer-level modification and not a factory-made vehicle. So, for now, we’re left with no option but to take the modifications route. And the latest Jimny pickup we’ve laid our eyes on is easily the boldest we’ve ever come across. Period.

This modified Suzuki Jimny is the work of an aftermarket company Shropshire Quads, who have prepared similar versions of even the previous generation Suzuki Jimny. The UK-based family-run mod shop is near Cleobury Mortimer in South Shropshire. It excels in converting Jimnys into pickups by lifting the vehicle and adding a metal tub to the rear. 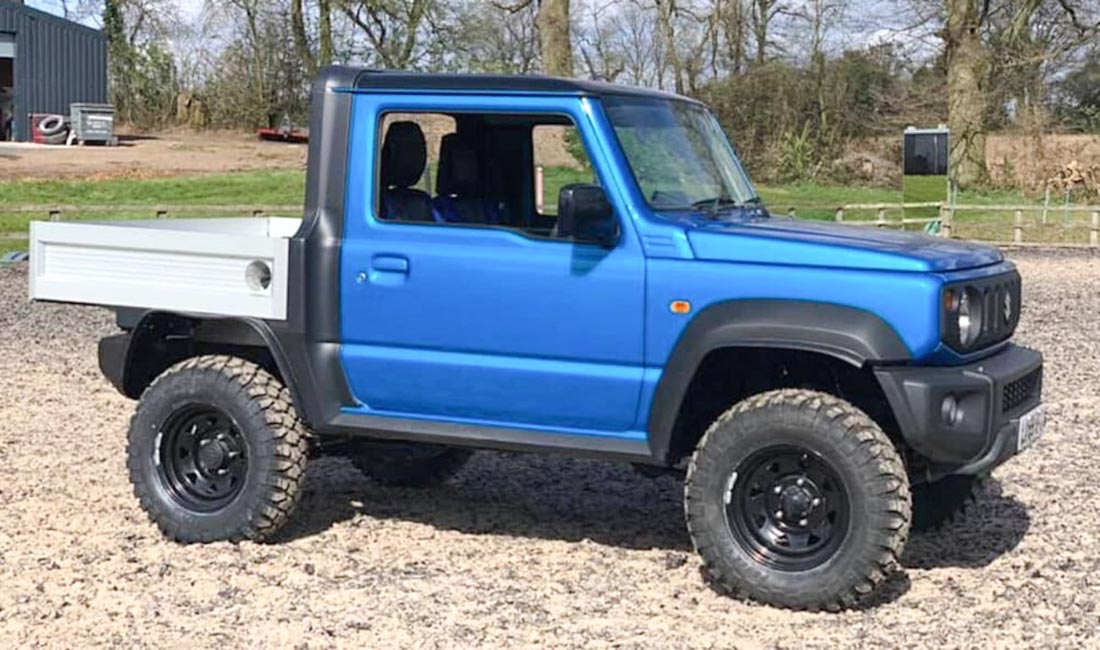 The blue-painted modified Suzuki Jimny you see here is the first-ever mod-job from Shropshire Quads to be based on the latest generation of the mini SUV. Basically, the mod-shop orders the factory-made pickup conversion kit that has been designed for this Jimny from Suzuki Austria. Shropshire is the sole distributor of this kit in the UK.

For installing the pickup conversion kit, the rear portion of the Suzuki Jimny has to be first chopped off, which means reverting to the original body style becomes next to impossible. The factory-provided kit comes with a metal rear bulkhead panel that is equipped with a heated rear screen. 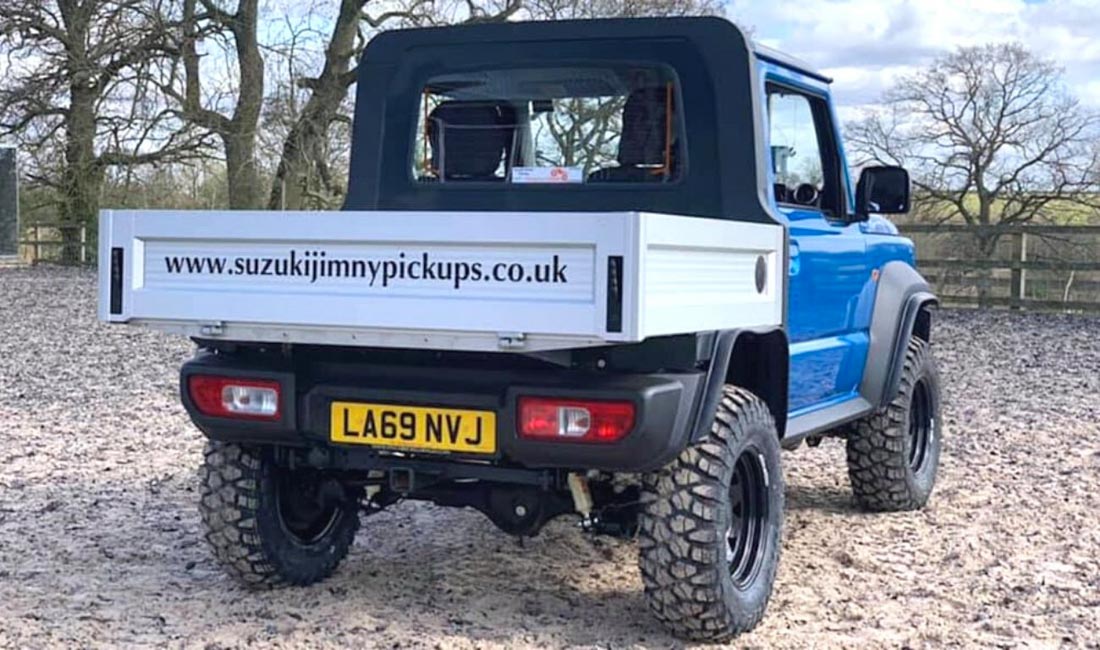 Also, the plastic side mouldings make the conversion into the new body format a bit smoother. The modified SUV even gets a recessed fuel filler that is mounted with cast aluminium. Of course, the tailgate is removed and the kit brings in high-quality latches for the door to the loading bay. The Jimny is even fitted with biger wheels that are shod with all-terrain tires.