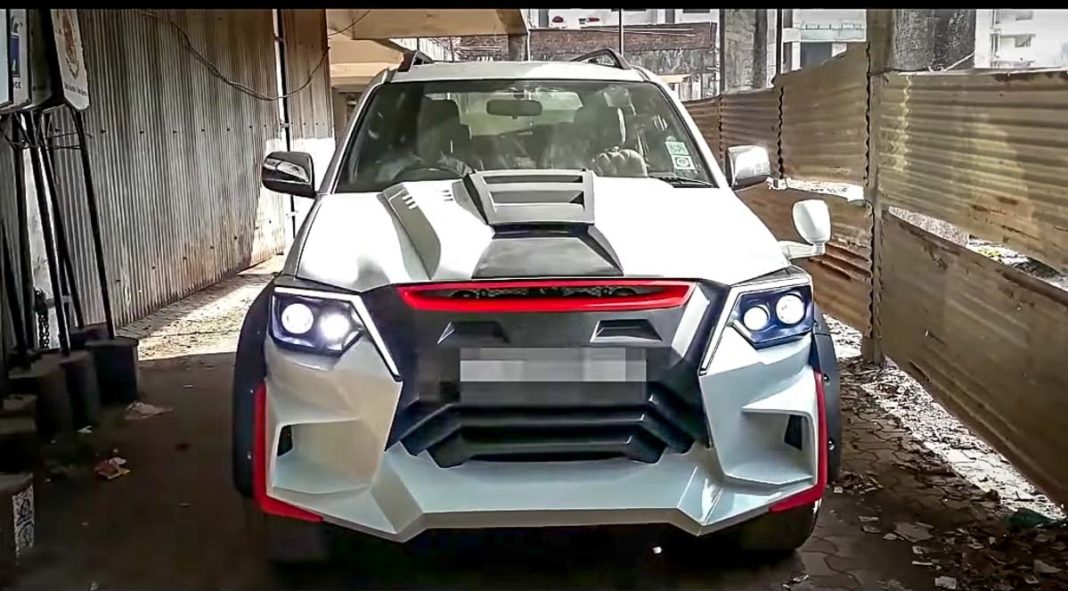 The total cost of modification was said to be around Rs. 4.5 lakh as the exterior and interior have been heavily upgraded

The Fortuner has been a long-lasting success for the Japanese brand just as Innova and its popularity has never faded away despite high competition from rivals. Apart from being a capable off-roader, the Fortuner is much loved by owners and enthusiasts due to its ability to accommodate different customisation kits.

The independent vehicle tuning industry has grown in large numbers in recent years in India and to make a big impact each firm comes up with its own unique creations. The boom in social media can make or break their market depending on how much groundwork and thought process went into the mod, and you could often come across Fortuner being taken as the base model.

The heavily modified Fortuner shown here is the brainchild of Executive Modcar Trends and straightaway it looks bonkers. Based on the first generation model, the customised Fortuner features a slew of exterior changes including a chiselled front end with unusual design elements like the rather squarer projector headlamps with LED Daytime Running Lights and a highly aggressive bumper.

The bonnet scoop extensions, quirky red highlights on top of the grille as well as the front bumper are other major changes up front. Moving to the sides, the modified Fortuner gets black plastic cladding bolted on, black finish to the pillars and glass, flared wheel arches, newly design machined alloy wheels with tyres having larger footprint, etc.

Out the back, the custom Fortuner gains tweaked tail lamps that are blacked out along with dual exhaust pipes and red finish to the rear bumper and so on. Just as the exterior, of Executive Modcar Trends has also worked on the interior to carry along the same sporty theme. The seats are upholstered in a more upmarket leather material while the centre console uses a revised touchscreen infotainment system.

Despite the cosmetic modifications that costed around Rs. 4.5 lakh, no mechanical changes have been made to improve performance. The stock version uses a 3.0-litre four-cylinder diesel engine, which is good enough to produce a maximum power output of 171 PS and 343 Nm of peak torque. Currently, the SUV is sold in six variants with 2.7-litre petrol and 2.8-litre diesel engine options.