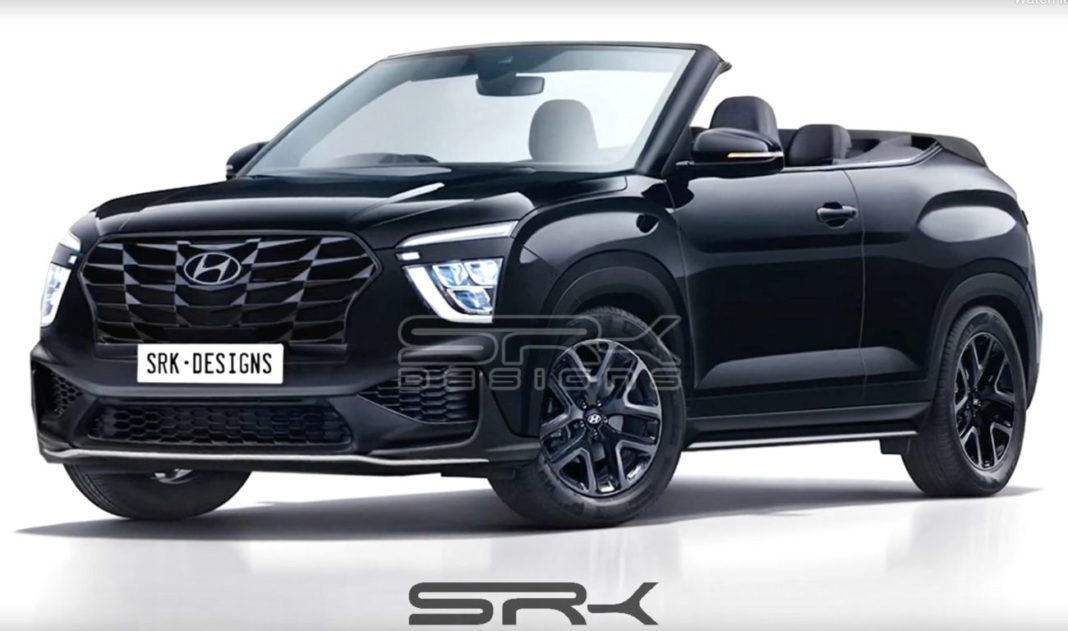 The idea of drop-top convertibles has never really caught on in India. Except for a few luxury rides, you would not be able to spot convertibles on daily basis on public roads. Perhaps the searing heat and polluted air as well as congested traffic can be blamed upon but the fact of the matter is there isn’t much scope for them in the domestic market.

But the idea itself is fascinating and seeing the renderings of convertibles of the existing models would only make you wish to own them but the paradox is you would not somehow. Rendering artists play around with top less cars just to create a ‘what if’ scenario and the second generation Hyundai Creta was used by SRK Designs to spice things up.

The video showcases the convertible Creta with a redesigned exterior. Fitting the drop-top theme, it only has two doors and presumably another at the back acting as a boot. Moreover, elements like the skid plates have been given a miss. The front end of the 2020 Creta is a radical departure from its predecessor as it boasts the latest Sensuous Sportiness theme followed by Hyundai globally.

In short, the new Creta looks similar to the ix25 sold in China with a restyled front fascia and changes all around making it a brand new model. The digitally imagined convertible does have its share of updates compared to what you can buy from showrooms as it features a chiselled body comprising of sharper design elements, more aggressive front bumper and wheels among other changes.

In India, the new Creta is priced between Rs. 9.99 lakh and Rs. 17.20 lakh (ex-showroom) and is offered in a choice of three engines – a 1.5-litre petrol, a 1.5-litre diesel and a 1.4-litre turbo petrol. All these three BSVI compliant units can also be found in the Kia Seltos.

The 1.5-litre four-cylinder petrol kicks out 115 PS and 144 Nm while the diesel develops 115 PS and 250 Nm. The turbocharged petrol mill makes 140 PS and 242 Nm and it can be had with a seven-speed dual-clutch automatic transmission as an option.