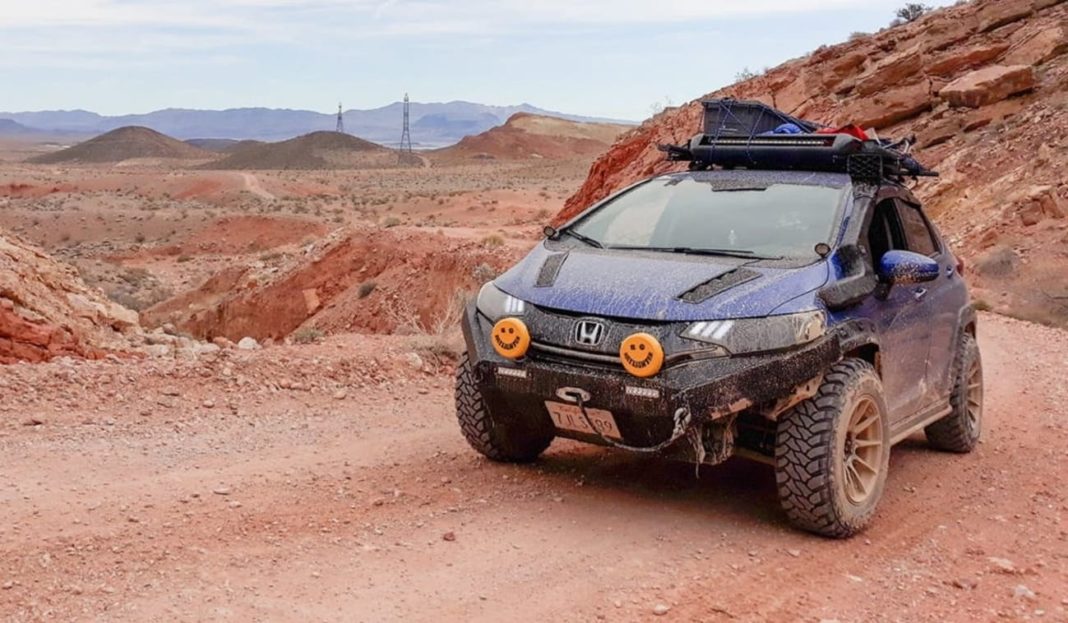 Here, we have a customised Honda Jazz (Honda Fit) off-roader, which is being used as a mine exploration vehicle by its owner!

There are plenty of manufacturers that build off-road vehicles, like Jeep, Ford, Land Rover, and even Mahindra. One thing common among all the mainstream off-road vehicles is their size. These are mostly SUVs, and even the compact ones have quite generous dimensions. For some enthusiasts, that’s a big problem which requires a smaller solution.

In search of smaller off-roaders, many people tend to create their own by modifying regular passenger cars. Sometimes, the donor car is an extremely unlikely choice, just like the one we have here – a third-generation Honda Fit, also known as Honda Jazz in India. This particular modified Honda Fit has been made by Jefferson Palma, proprietor of ‘Whatzs Production’ YouTube channel. On his channel, he has uploaded plenty of videos exploring the wilderness in his car.

There have plenty of changes made to this car, which we shall discuss in brief. The front end gets a completely new off-road-spec bumper, which improves the approach angle. The car also gets a winch hidden behind the bumper. A fully-functional snorkel has been added from a Toyota Land Cruiser, while the flared wheel fenders have been sourced from a Jeep Cherokee.

The tail hatch has a spare wheel mounted on it, along with a tow hitch and two jerry-cans, and the roof gets a luggage mount. The car wears massive 30-inch tyres, along with a custom lift kit which adds two more inches to the ground clearance. As the Honda Fit is quite a small car, it is quite a competent companion for exploring claustrophobia-inducing mines and caves.

Earlier this year, in February, Honda launched the fourth-generation Fit hatchback in Japan. In India, however, Honda is planning to keep the previous generation model on sale, albeit with a few cosmetic upgrades. The upcoming Honda Jazz facelift has already been spied testing, and we expect it to launch soon. 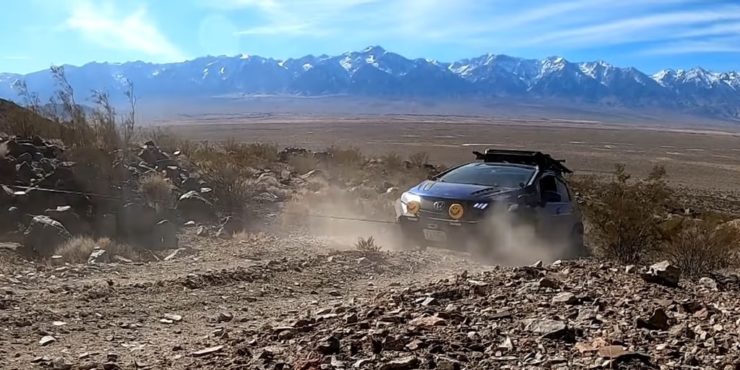 The previous iteration of the Honda Jazz (BS4 model) was available with two engine options. The first one was a 1.2-litre petrol engine, which generated 90 PS and 110 Nm and was paired to either a 5-speed manual or a CVT. The second one is a 1.5-litre diesel engine, that generates 100 PS and 200 Nm, mated to a 6-speed manual.