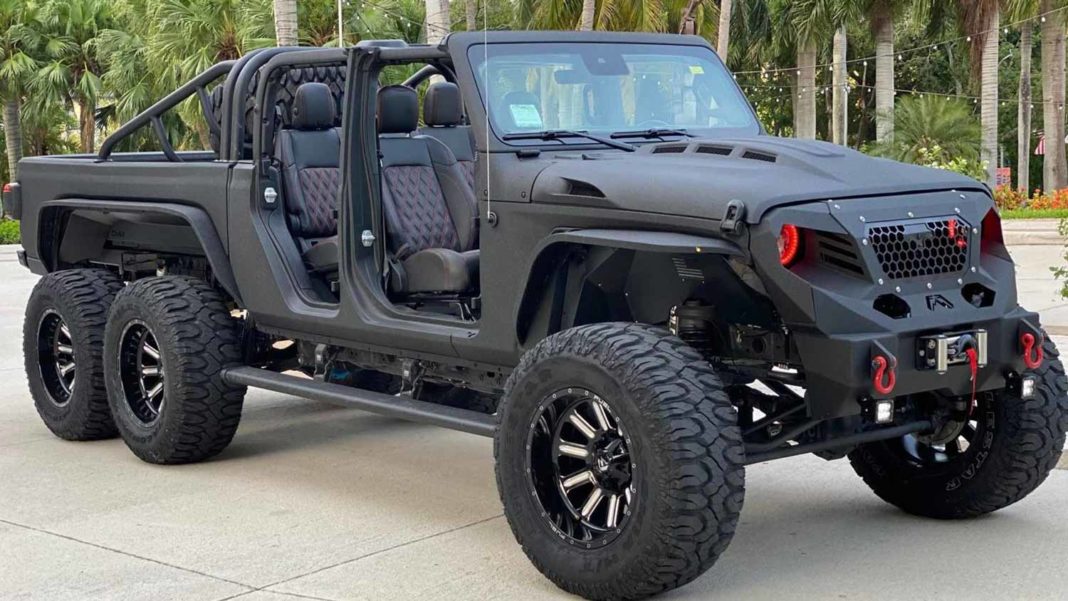 The Jeep Gladiator is one of the most capable off-roading pickup trucks at its price point, and shares its platform with the Wrangler SUV. However, for people who want more from their Jeep pickup, here is a fully customised 6×6 Gladiator called SF 6x6G, which has been plonked with Chevrolet Corvette’s engine.

So Flo Jeeps of South Florida, United States has taken a brand new Jeep Compass Gladiator, cut it in half, extended its frame and added two additional wheels. Apart from that, the company has also given it an aggressive visual makeover which is unlike anything you see on the road.

So Flo Jeeps has dubbed the front-end of the car ‘Grumper’, thanks to the single-piece grille and bumper that makes the car look like it’s way too angry. The sloping fiberglass bonnet adds to the aggressive appeal of the pickup truck. It also gets custom fenders, a roll cage as well as a hand-made truck bed. This Gladiator has also been equipped with colour changing LED Halo headlights that can be operated with the help of a switch panel placed next to the dashboard. 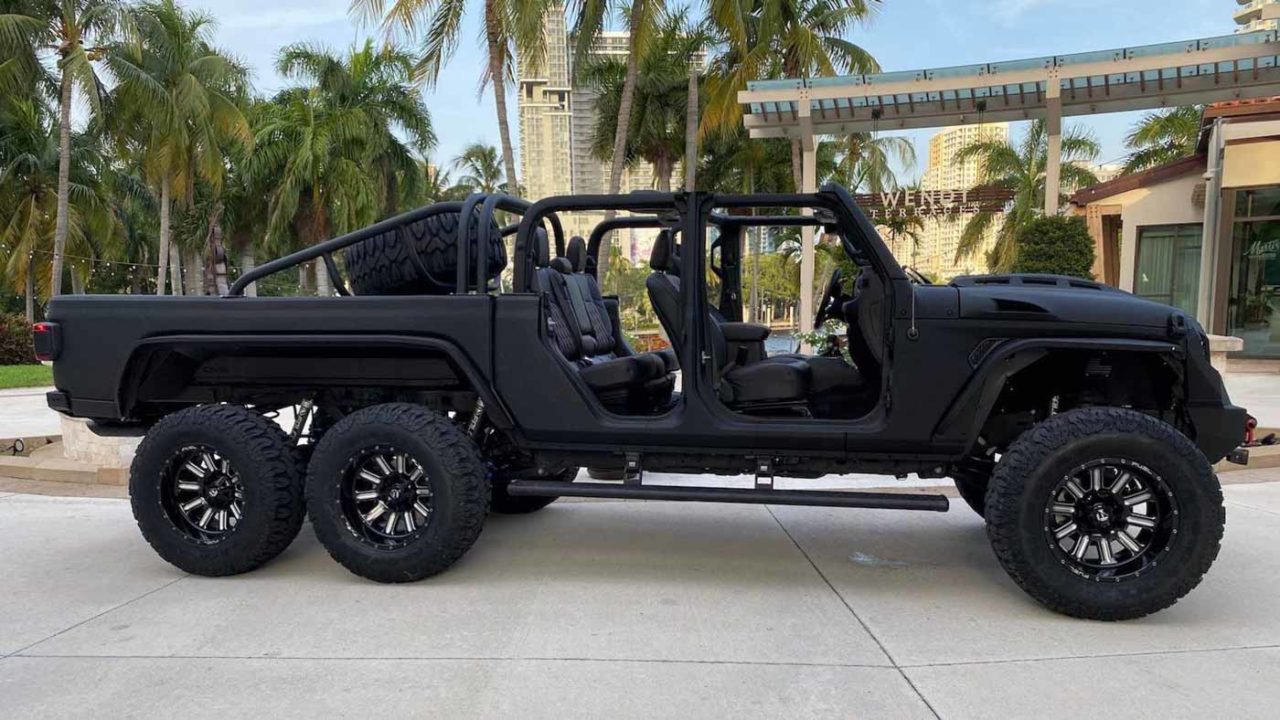 The only original part that has been retained from the stock Gladiator are the doors. However, all doors and the entire roof are removable. In order to make ingress and egress easier, a power step has been added with automatically pops out as soon as a door is opened. This pickup truck also comes equipped with hand stitched Marine Grade weather-resistant leather interior.

In order to further enhance its rigidity, a three-part epoxy scratch-resistance coating is mixed with Kevlar fiber to create a resilient, hard cover which is approximately 1.5 mm thick. Over 75 litres of this mixture has been used to cover this SF 6x6G. Under the hood of this beast is a 300 hp engine that lends it a tow capacity of almost 5,500 kg.

If you’re still not satisfied, So Flo Jeeps is offering the SF 6x6G with the optional 6.2-liter LS3 V8 engine from Chevrolet Corvette, which is paired to a full time 6-wheel drive. The 38-inch Patagonia tyres meansthat you can literally take this monster of a pickup truck anywhere.