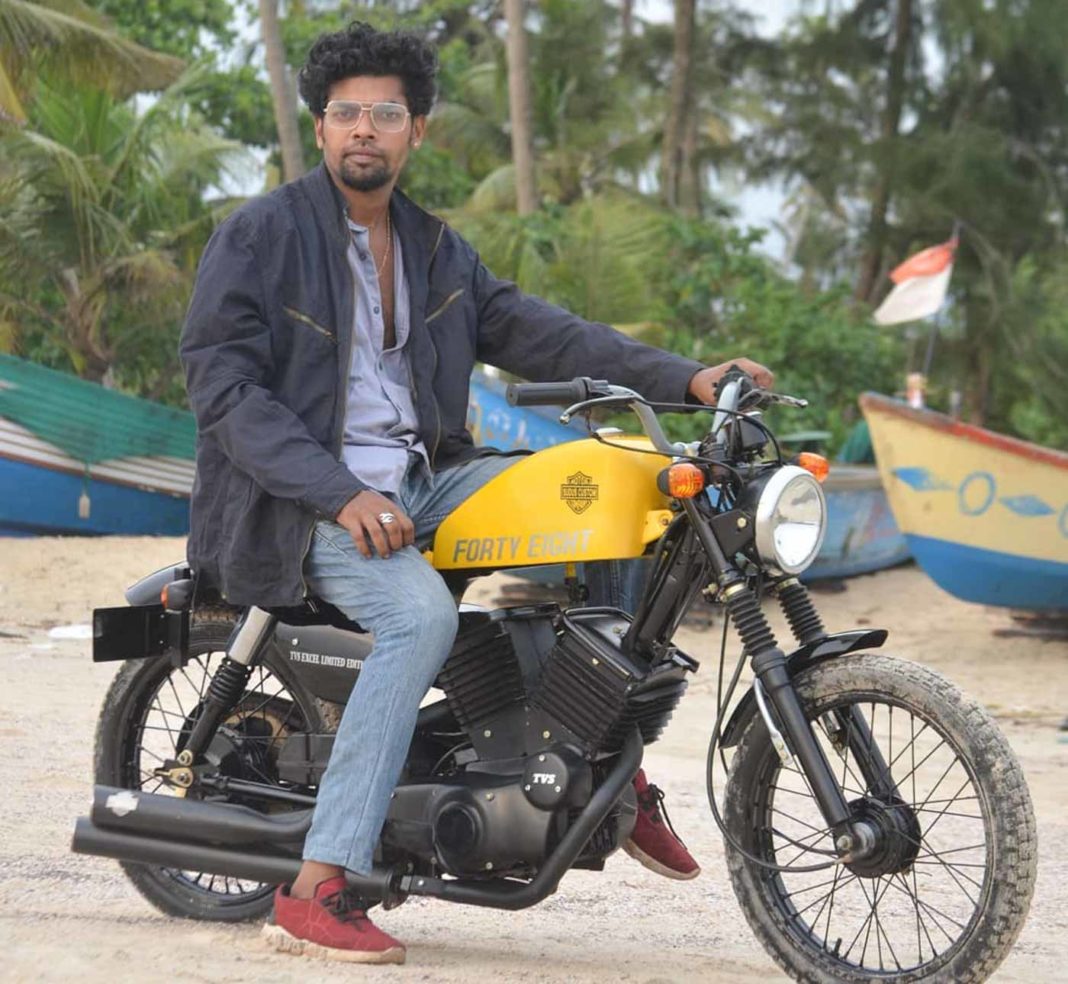 The TVS XL 100 is currently the sole moped available in the Indian market, and is an extremely popular and reliable two-wheeler for what it costs

If it isn’t obvious by taking a look at it, this motorcycle is not actually a genuine Harley-Davidson motorcycle. While you might be fooled for a second, it’s impossible to not figure out something’s wrong by looking at the size of this custom Harley-Davidson Forty Eight. Well, that’s because hiding under the skin of this yellow Harley motorcycle is actually a TVS XL moped.

Don’t get us wrong, the TVS XL 100 is extremely reliable, efficient, frugal as well as budget-friendly. The ease of riding makes it a pretty popular two-wheeler in the Indian market, as well as abroad. But it looks like Rakesh Babu had the vision to create something different with the moped.

On his YouTube channel named sudus custom, he has uploaded a video showing the assembly of the new custom parts, as well as a walkaround of the motorcycle. Take a look at the video –

The modification is truly commendable, and apart from its size, it features a lot of similarities with a real Harley-Davidson. Almost all body parts are custom built by the modifier. The moped gets a yellow-coloured fuel tank with Harley-Davidson and Forty Eight brandings. It is a bolt-on unit and can be installed or removed easily.

However, since the TVS XL has no real body panels, there is a huge gap between the fuel tank and the motor. The engine gets a custom fibreglass casing that encloses the same 100 cc single-cylinder motor, but has been shaped like a V-Twin motor, similar to the one seen on Harley-Davidson motorcycles. 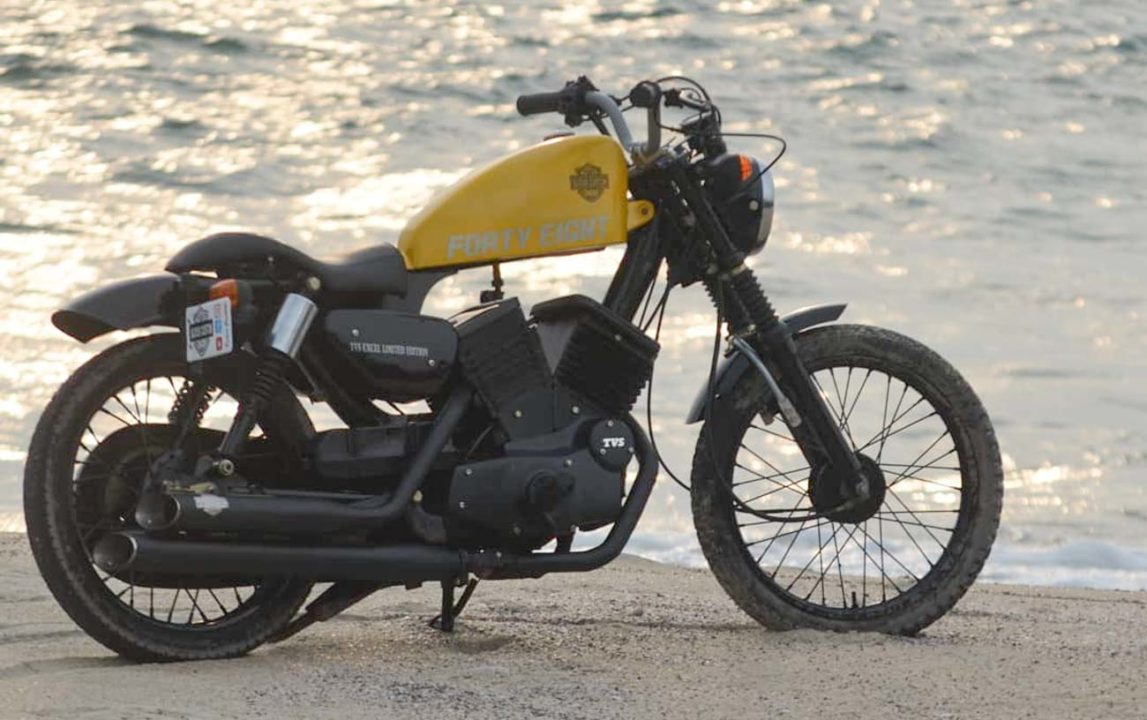 Apart from that, the modifier has also equipped the moped with a twin exhaust setup with custom-made mufflers (only one is functional). The new front and rear mudguards are handmade. The round headlamp with the chrome bezel, fat turn indicators and the single-pod instrument cluster have all been carried over as it is. No changes have been made to the 99.7 cc four-stroke engine either, and it continues to produce 4.3 hp power and 6.5 Nm torque.