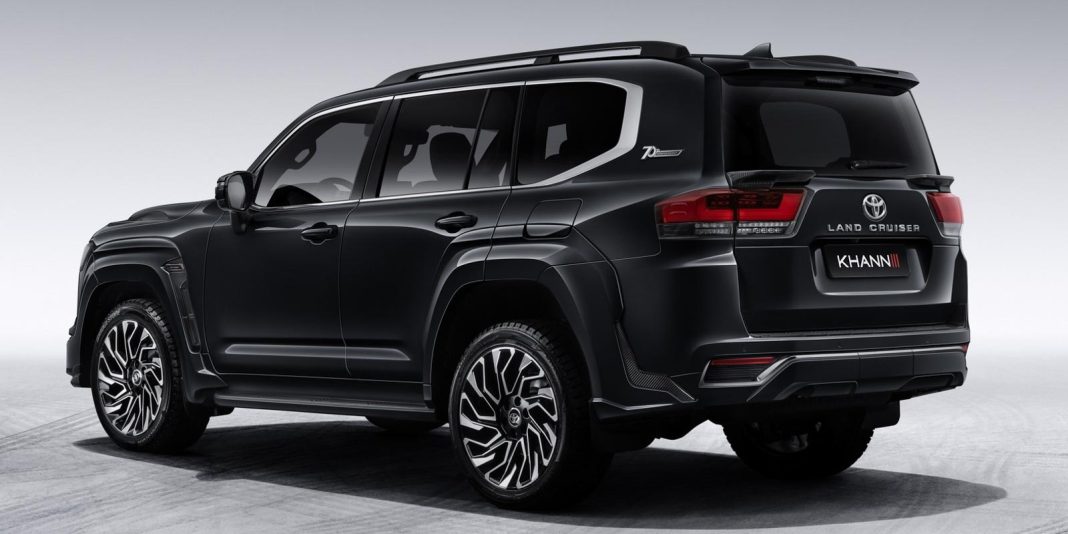 The LC300 is certainly an eye-catching machine even in its stock form courtesy of the upright front fascia boasting a prominent grille section with an abundance of chrome treatment, squared-off wheel arches, tall pillars, muscular body panels, a boxy tailgate, appealing alloy wheel design, etc. The GR Sport variant further takes it to the next step.

To make the premium off-roader more aggressive, Khann International has announced a full-on body kit and these upgrades would tempt any buyer. The widebody kit comprises an extended fender flares costing USD 2,500 while the radiator grille and bonnet can be accentuated with a carbon fibre finish, priced at USD 2,060 and USD 5,210 respectively.

The newly designed 22-inch KW-LT2 R22/ET forged rims can be had for USD 8,600 while the carbon fibre external mirror cover costs USD 1,440. The carbon fibre made bootlid spoilers cost USD 1,350. The shipping and other associated costs are not involved with the pricing though and thus the body kit will cost more for customers wanting to own it in the international market. 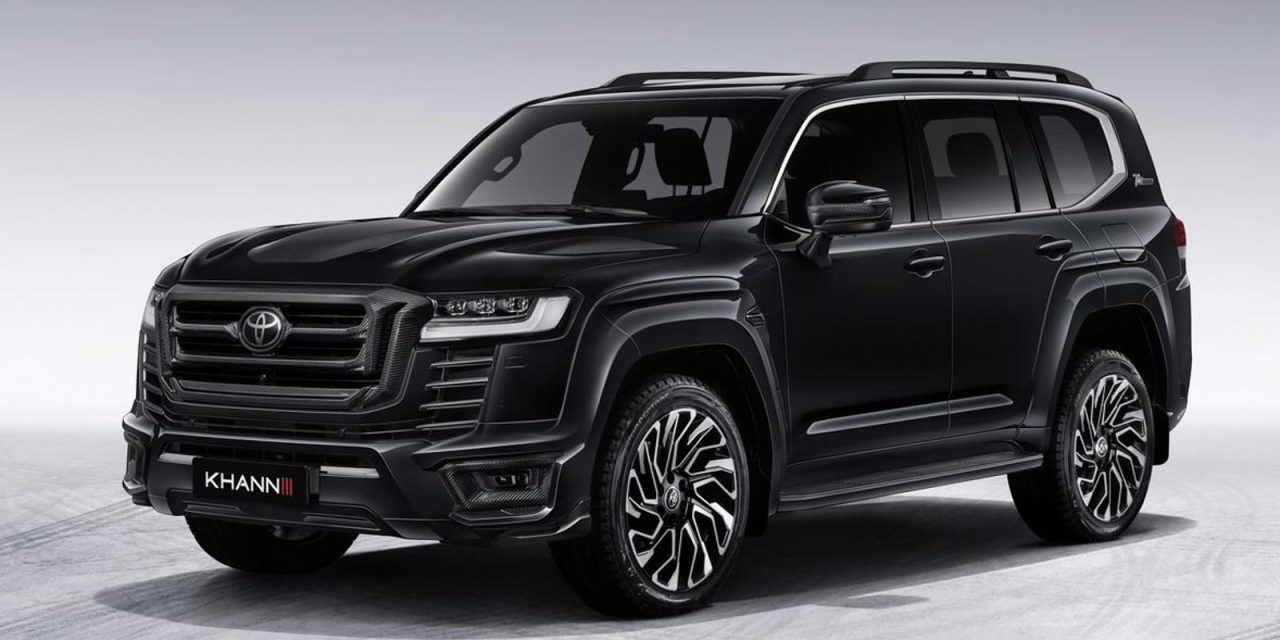 The Toyota Land Cruiser 300 has a very high waiting period globally and is powered by a 3.3-litre twin-turbocharged V6 diesel developing a maximum power output of 309 PS and 700 Nm of peak torque. The 3.5-litre twin-turbo petrol, on the other hand, makes 415 PS and 650 Nm. Both are paired with a ten-speed automatic transmission transferring power to all four wheels.

Toyota Kirloskar Motor (TKM) had reportedly commenced bookings for the Land Cruiser 300 in India in February 2022 and the deliveries were said to begin by August. It was also speculated that the global chip shortage had led to the temporary stoppage of reservations and following the delivery of the first lot of shipment, it could recommence. 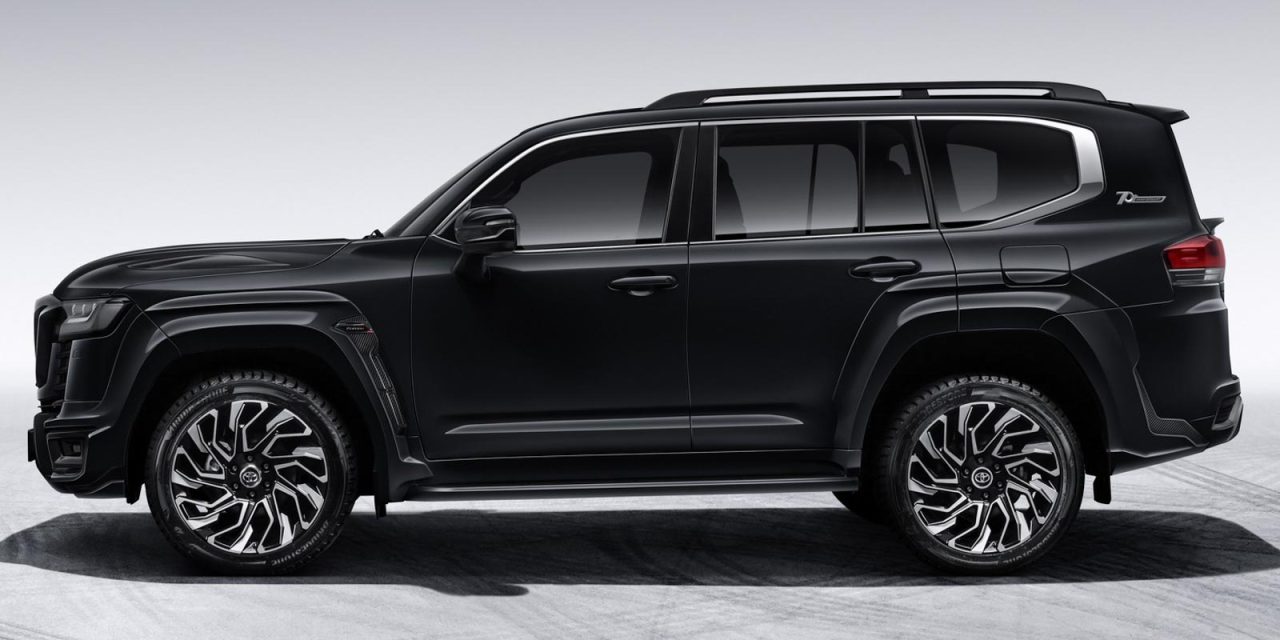 The Toyota Land Cruiser 300 would be brought into the domestic market via CBU (Completedly Built Up) route. The legendary off-roader has been in production since 1951 and is well renowned for its toughness and go-anywhere abilities. The LC300 made its global debut in 2021 with a host of changes on the inside as well as out while incorporating new technologies.