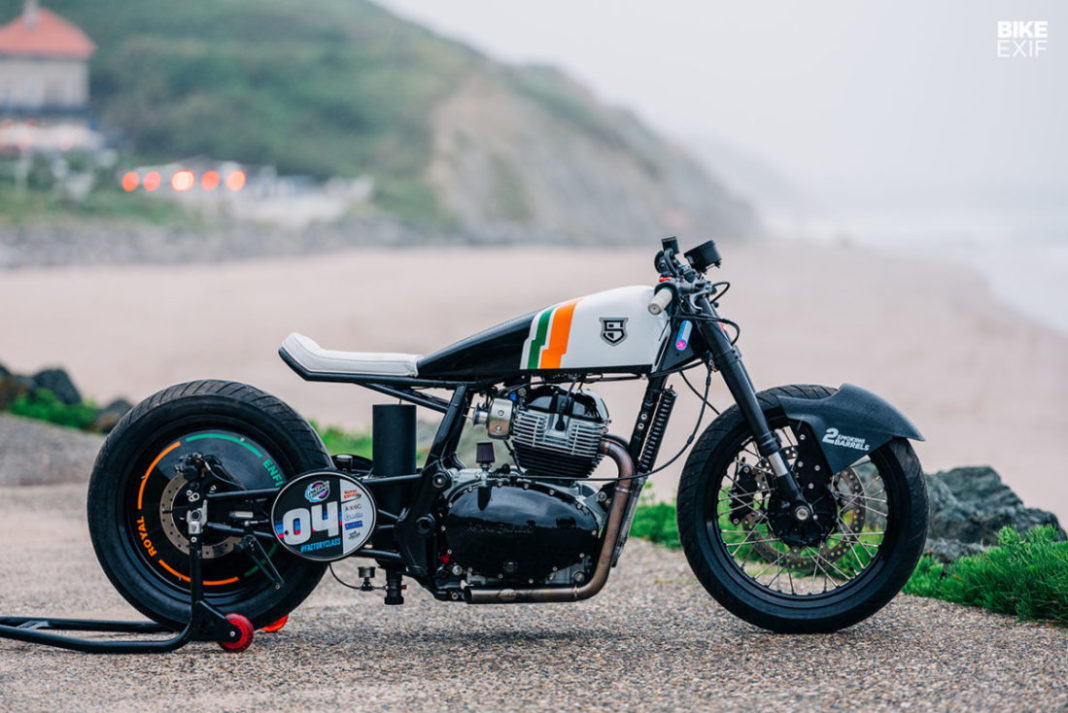 Sinroja Motorcycles from the UK joined the Royal Enfield Custom bike program a couple of years ago. They built some popular custom bikes based on the stock Himalayan and the Continental GT 535 earlier. Their latest build is based on the brand new Continental GT 650 which takes its styling inspiration from a drag styled Royal Enfield motorcycle that they had built earlier.

According to brothers Rahul and Birju Sinroja of Sinroja motorcycles the custom drag styled bike had to look good and also go fast at the same time. The motorcycle would compete against the likes of the nitrous-powered BMW 1250, a nitrous-powered Indian Scout and a supercharged Harley Davidson that produced around 200+ Hp of peak power.

The stock Continental GT weighs about 205 kilograms and produces around 47 bhp of peak power 52 Nm of peak torque from its stock 648cc parallel twin unit. Sinroja motorcycle set a competitive target weight of 150 kilograms so the stock motorcycle had to lose around 55 kilograms of additional weight. 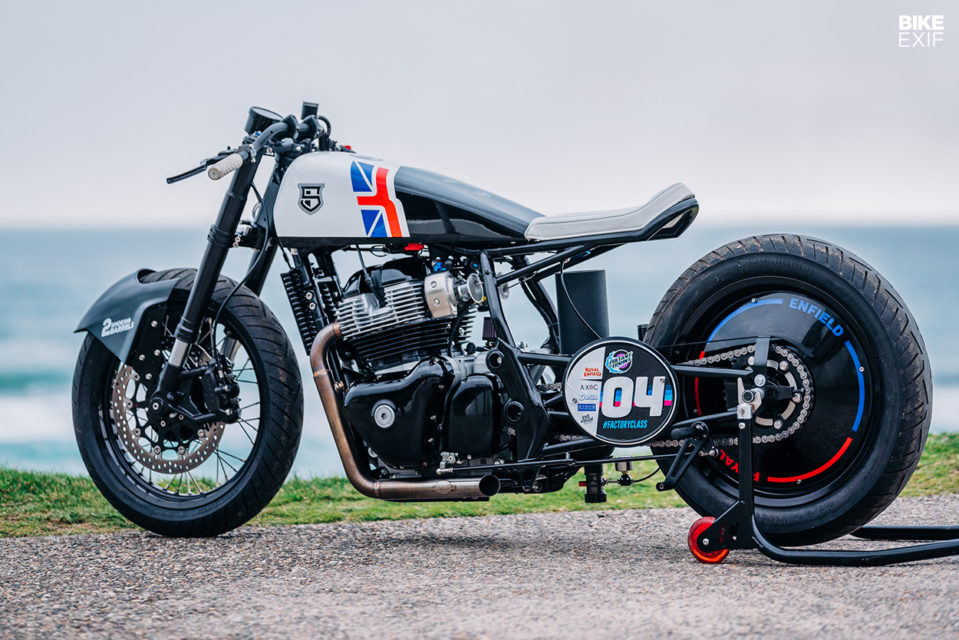 Sinroja Motorcycles tied up with S&S cycles (who previously worked with Royal Enfield on a couple of projects) to work on the engine. S&S cycles sent over a couple of custom pistons and sleeves to bore the 650cc twin out to 750 cc. Additionally, they also supplied new injectors, cams, and an ECU and also built a straight through the twin exhaust system. In order to make it go fast Sinroja motorcycle also installed a unique dry nitrous system.with the help of Trevor Langfield at Wizard of NOS.

The system was tucked neatly under the seat of the motorcycle where the wiring and air box are usually positioned on the stock motorcycle. In order to make the motorcycle lighter, the custom drag racer was also fitted with an aftermarket lightweight forks and yokes that helped to lose almost 10 kilograms of additional weight. 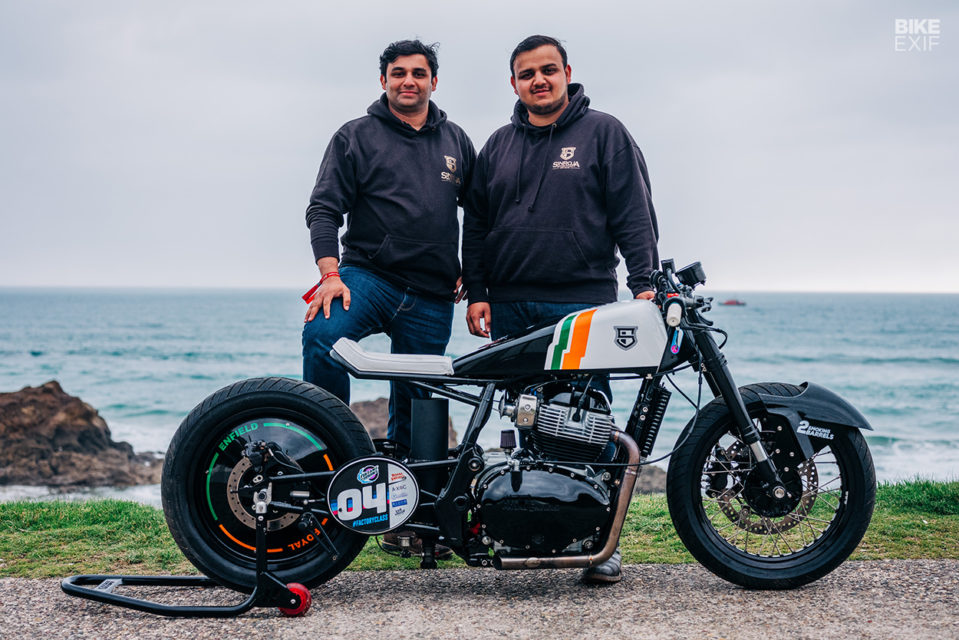 The rear suspension system was also removed completely from the bike and was replaced with a custom hardtail unit from Reynolds tubing. The stock wheels of the motorcycle were kept intact but were wrapped with new rubbers from Continental. The stock nut and bolts were also removed and replaced with lighter aftermarket ones which also helped them save an additional 2 kilograms,

The motorcycle also features a carbon fibre front fender, an aluminium dummy tank which can hold up to 2 litres of fuel. Lastly, it also gets a single pod tachometer and custom painted fuel tank with an Indian and an English flag on either side.