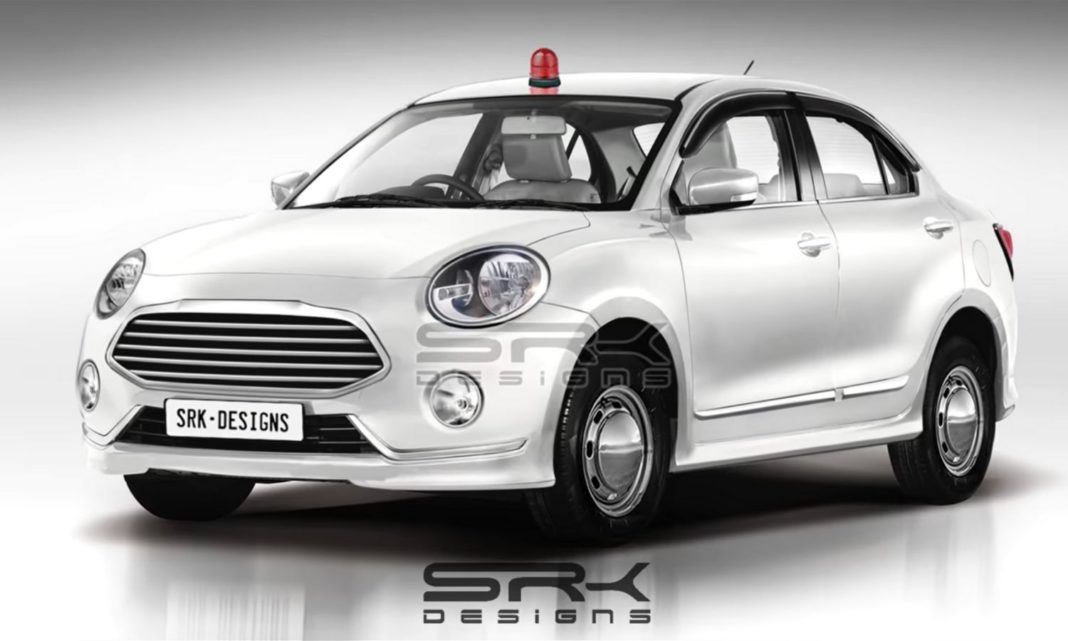 The Hindustan Ambassador used to be known as the grandpa car of India and not without a reason. The Amby, as it’s popularly called, debuted into the market way back in 1958 and remained on sale in 2014, thereby become the longest production model in the history of the Indian car market.

A few years ago, PSA Groupe purchased the Ambassador brand and could come up with a replacement of this iconic sedan in the coming time. Meanwhile, an artist has come up with a digital illustration that shows us what a modern-day alternative based on the Maruti Dzire could look like.

The Hindustan Ambassador used to be the choice of many politicians. The Ambassador wasn’t the most powerful, the most stately looking or even the most feature-laden offering but what made it a favourite of many was the highly comfortable back seat and the decent legroom for the rear passengers. The rear-seat comfort offered by the Ambassador is still something that most of the modern-day sedans can’t match. Moreover, its long roots in India helped the politicians connect well with the citizens.

Coming to the Ambassador-inspired Maruti Dzire that we’re talking of here, it has been dubbed Maruti Suzuki Dziree Classic and is based on the third-gen Maruti Dzire in a white paint shade, which used to be the colour of most Ambassadors ever made. The rendered sedan carries numerous upgrades that make it look somewhat similar to the HM Ambassador.

For example, the stock headlamps have been replaced by Ambassador-like round ones, while the front grille of the stock model has made way for a slightly bigger unit that gets a lot of chrome strips to complete the classic look. The stock foglamps have also been done away with and instead, the car gets round units to go with the classic style. Even the front bumper has been re-done and gets a more prominent diffuser lip.

Another thing that will be quick to catch you attention will be this modified Maruti Dzire’s footwear. Instead of the machine-cut alloy wheels of the top-spec Dzire, the vehicle seen in the rendering gets steel rims with huge wheel caps similar to those seen on the Ambassador. The new footwear gives this Dzire a definite retro appeal. Finally, to complete the ‘sarkari’ look, the artist has added a red beacone light on the roof.