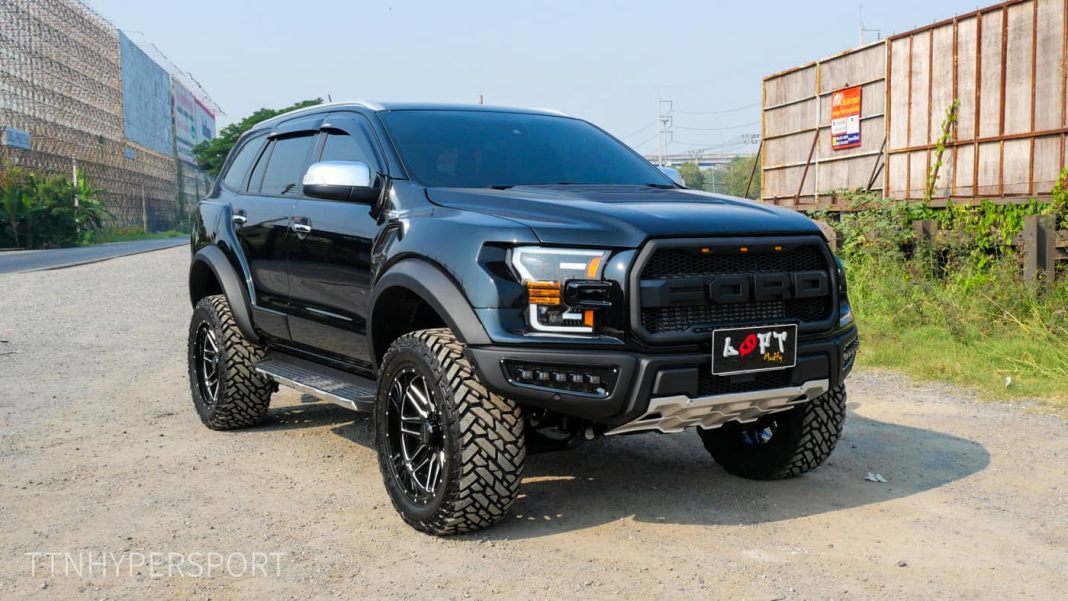 Thailand-based TTN Hypersport has built a sporty body kit for Ford Endeavour (Everest), which turns it into an F-150 Raptor lookalike

Ford Endeavour is one of the most capable off-road SUVs one can buy in the Indian market. Not only is it extremely rugged, but quite good-looking and comfortable as well. The SUV is quite popular among Indian off-road enthusiasts, a lot of whom love to customize their vehicles as per their tastes.

We’ve featured quite a few modified Ford Endeavour SUVs here, some of which were truly impressive. Now, we bring you one from Thailand, which has been customised by TTN Hypersport. This particular Ford Endeavour, or Everest as it is known in foreign markets, gets an F-150 Raptor-inspired body kit, which gives the SUV an extremely butch and macho appearance.

The most noticeable changes are to the front fascia; the SUV now gets a new pair of headlamps (with integrated LED DRLs), inspired by the previous-generation Ford F-150. We also see a custom front grille, which gets bold ‘FORD’ branding in the middle. The front bumper is a new off-road unit, with integrated LED fog lights and a silver-finished bash plate. 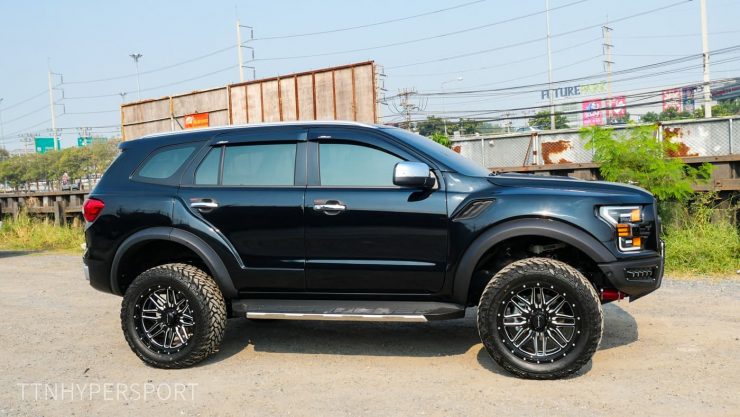 The vehicle also gets a custom bonnet, along with chrome caps for the ORVMs. This modified Ford Everest also gets large aftermarket alloy wheels, shod with mud-terrain tyres. The wheel arches get flared fenders, and a pair of side steps/rock sliders has also been added here. The suspension system seems to be custom as well, providing a lot more travel to the wheels compared to the stock suspension, improving ground clearance as well.

The SUV also gets chrome door handles, door visors, and silver-finished roof rails. On the tailgate, the chrome strip running horizontally between the taillights has been replaced by a black one, which still gets ‘EVEREST’ branding on it. The rear bumper hasn’t been altered, and the taillights seem to be stock as well. 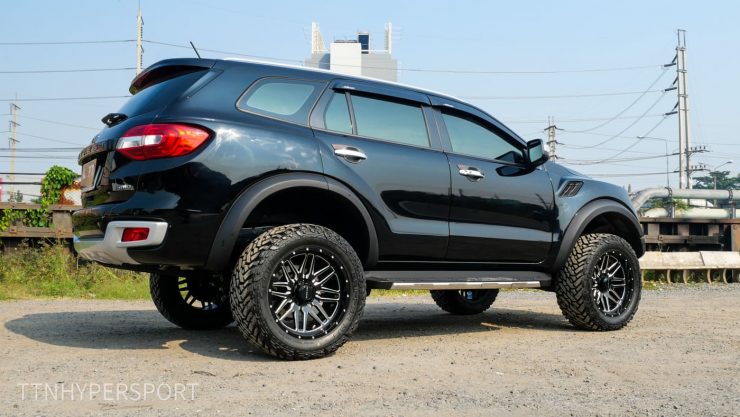