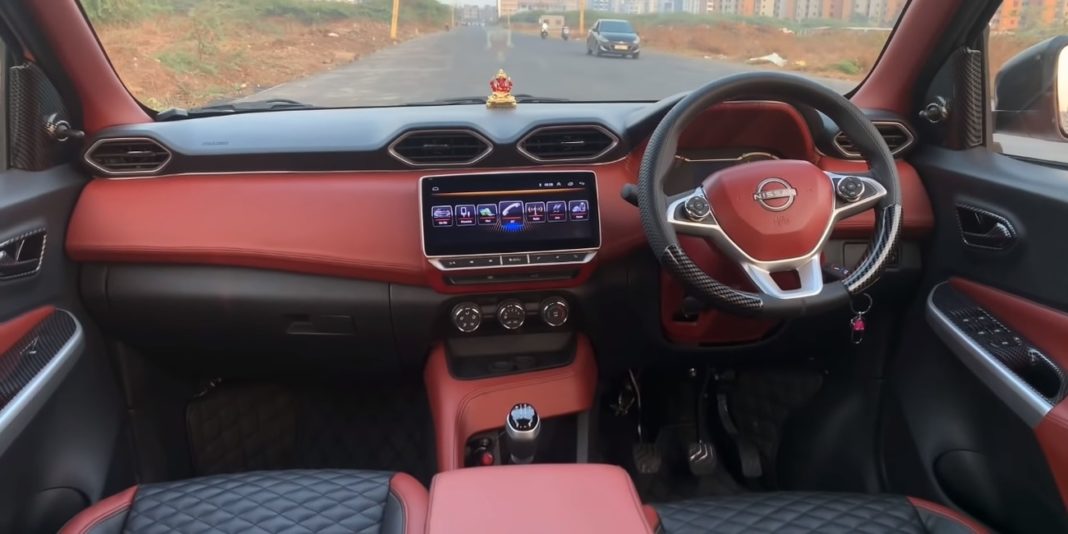 Check out this modified Nissan Magnite, which gets a Porsche-inspired interior, with Cherry Red and Black colour theme

In December last year, Nissan Magnite was introduced in the Indian market. The little crossover has already become the Japanese carmaker’s best-selling model in India, and its popularity is on a steady rise, with the waiting period extending up to 6 months for select variants. Even though the Magnite is a relatively new vehicle, modified examples of it have already started popping up online.

Being a budget vehicle, the interior of the Nissan Magnite isn’t the most impressive. However, the custom-built model we have here gets a premium makeover, featuring an extensively modified interior. This particular vehicle is the base ‘XE’ variant, and it has been customised by Shah Car Decor. The cabin gets a Cherry Red and Black colour theme, and there’s generous use of leather on the door panels and dashboard.

The seats also get leather covers, and ambient cabin lighting has also been added. The steering wheel is leather-wrapped and features faux carbon-fibre inserts. Universal steering-mounted controls have also been added here. A 10.25-inch touchscreen infotainment system has also been added, along with a reverse parking camera.

The front-row centre armrest is leather-wrapped as well, and there are faux carbon-fibre inserts on the door armrests, around the inner door handles, and on the gear lever surround. 7D floor mats have also been added here. The interior of this modified Magnite resembles that of Porsche vehicles, like Cayenne and Macan, especially with the red and black colour scheme and the wide touchscreen infotainment system.

There are a few exterior mods as well on this vehicle. The front end features aftermarket LED headlights, and there are red highlights on the front grille and fog lamp housings (no fog lamps, as this is the base variant). The roof, pillars, and ORVMs get a piano black finish, and we also see a blacked-out, roof-mounted spoiler. 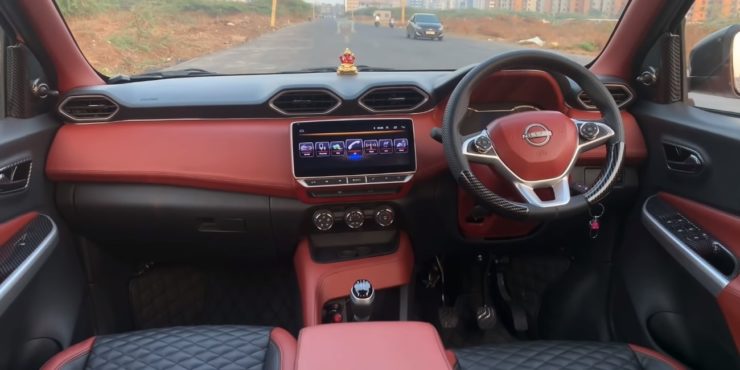 The car also gets new 16-inch machine-cut alloy wheels, with red highlights, along with red brake callipers. Puddle lamps, LED side indicators, and a shark fin antenna (painted red) have also been added. The exact prices of these mods have not been shared though.