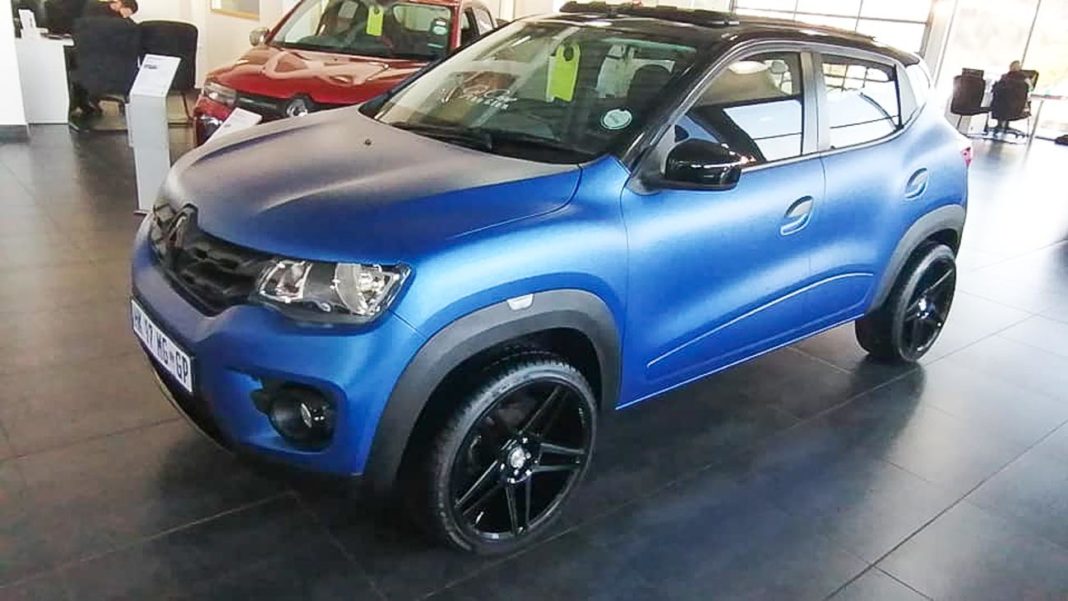 The Renault Kwid is currently priced between Rs 2.94 – 5.07 lakh (ex-showroom), and rivals the Maruti Suzuki Alto and S-Presso in the Indian market

We all know the Kwid is an entry-level crossover that was originally launched back in 2015, and received a mid-life facelift last year. What some of you might not know is that while the Kwid was originally intended for the Indian market, it is sold in a host of developing foreign markets.

Pictures of a fully customised Renault Kwid have been uploaded on a Renault Kwid Facebook fan page, and we can’t help but notice how appealing the car looks. A comment by the uploader himself suggests that this particular Kwid is being offered by a Renault dealership in Bassonia – a suburb of Johannesburg, South Africa.

The Kwid has been finished in a matte blue paint scheme, along with contrasting black elements including black treatment on the front grille, Renault logos, wing mirrors and roof & pillars. The car gets aftermarket alloy wheels with bigger tyres than the stock ones. However, the biggest highlight of this Kwid is its large folding fabric sunroof.

The Kwid also gets a custom exhaust, which is like music to ears. Talking about music, the car’s entire boot space has been equipped with a state-of-the-art bespoke Rockford Fosgate audio system, done by Creative Rides. While the audio system wasn’t tested in the video, we’re pretty sure it sounds much better than the stock setup.

Renault offers the Kwid with two different three-cylinder petrol motors. The entry-level variants get a 0.8L engine that puts out 54 PS power and 68 Nm torque, while the higher-end trims come equipped with a larger 1.0L engine that makes 68 PS and 91 Nm. The 0.8L engine comes mated to a 5-speed MT as standard, while the latter gets an optional AMT gearbox as well.