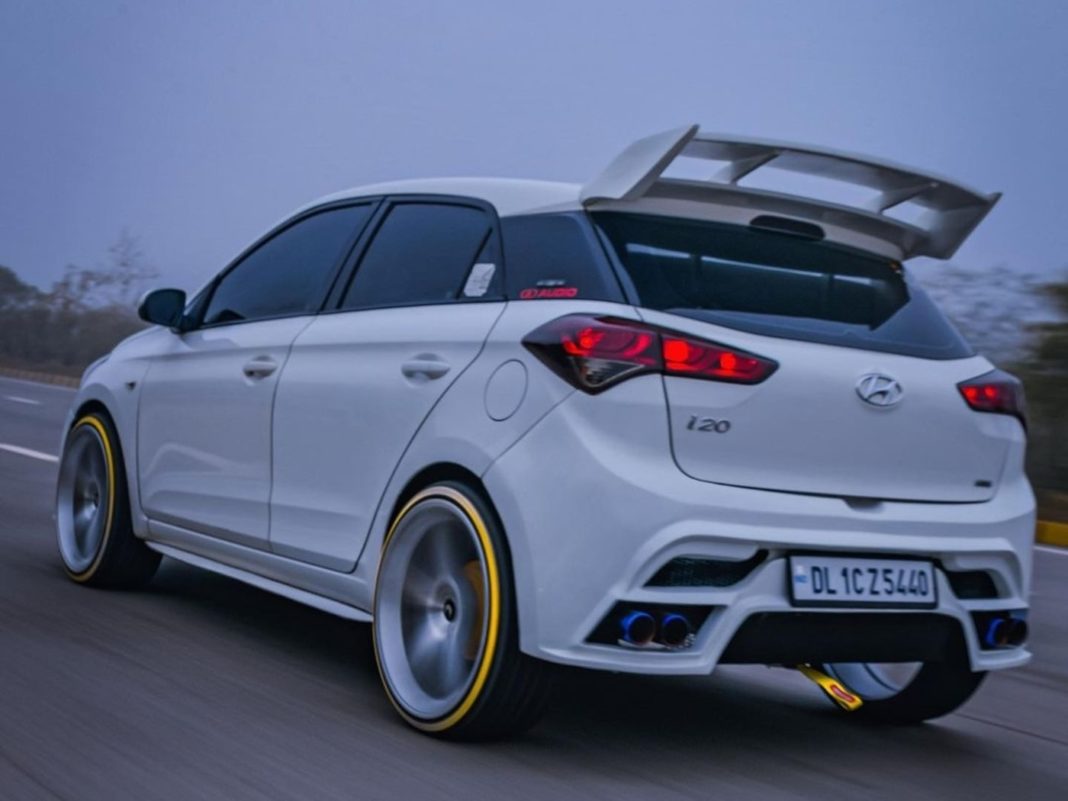 Here, we have a modified second-gen Hyundai i20, which gets a sporty body kit, a custom interior, and massive 20-inch alloy wheels

Hyundai i20 was first launched in India back in 2008, and in 2014, its second-generation version was launched as the ‘Elite i20’. Last year, the company introduced the third-generation i20 to our market. The premium hatchback enjoys a lot of popularity among buyers in India, and its previous iterations were also quite successful in our market. Of course, with such popularity, plenty of modified examples are bound to roam the streets as well!

Here, we have a Hyundai Elite i20, owned by Eshank Choudhary, which features extensive modifications. Let’s take a closer look at the vehicle, starting with the custom body kit. The car gets a new bumper at the front, which sports massive air vents and a lip spoiler at the bottom. The headlights feature aftermarket DRLs and projector lamps, and the front logo and grille have been blacked-out.

Side skirts have been added o the vehicle, and we also see a set of 20-inch alloy wheels, shod with low profile tyres. According to the owner, his was the first i20 in India to get 20-inch rims. At the rear, we see a massive roof-mounted spoiler, which looks extremely sporty. The rear bumper is also new and gets a faux diffuser treatment, along with integrated quad exhaust pipes, which look extremely cool. 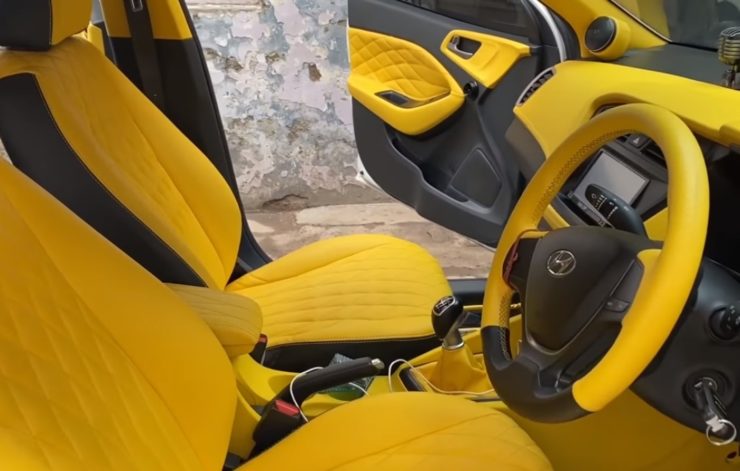 The interior of this modified i20 is quite unique, featuring a black and yellow colour theme. The dashboard, door panels, steering wheel, etc, are all wrapped in bright yellow leather, which looks extremely premium. The seats also get a yellow cover, and the centre armrest at the front gets the same upholstery. Overall, the interior and exterior design of this modified Hyundai i20 has us impressed.

This particular model is a 2018 Hyundai i20 CRDi, which was powered by a 1.4-litre, inline-4, turbocharged diesel engine. This motor was capable of generating a peak power of 90 PS and a maximum torque of 220 Nm, and came mated to a 6-speed manual gearbox. 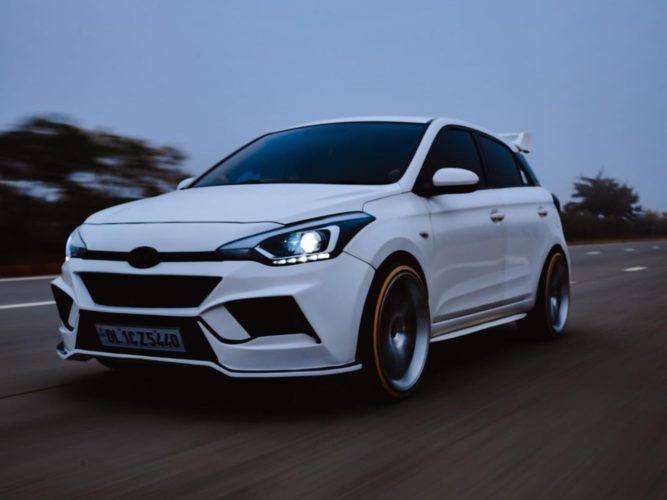 The second-gen Hyundai i20 (Elite i20) was also available with two other engine options – a 1.2-litre petrol motor and a 1.4-litre petrol mill. The former could belt out 82 PS and 115 Nm of peak power and torque, respectively, while the latter was good for 100 PS and 134 Nm.