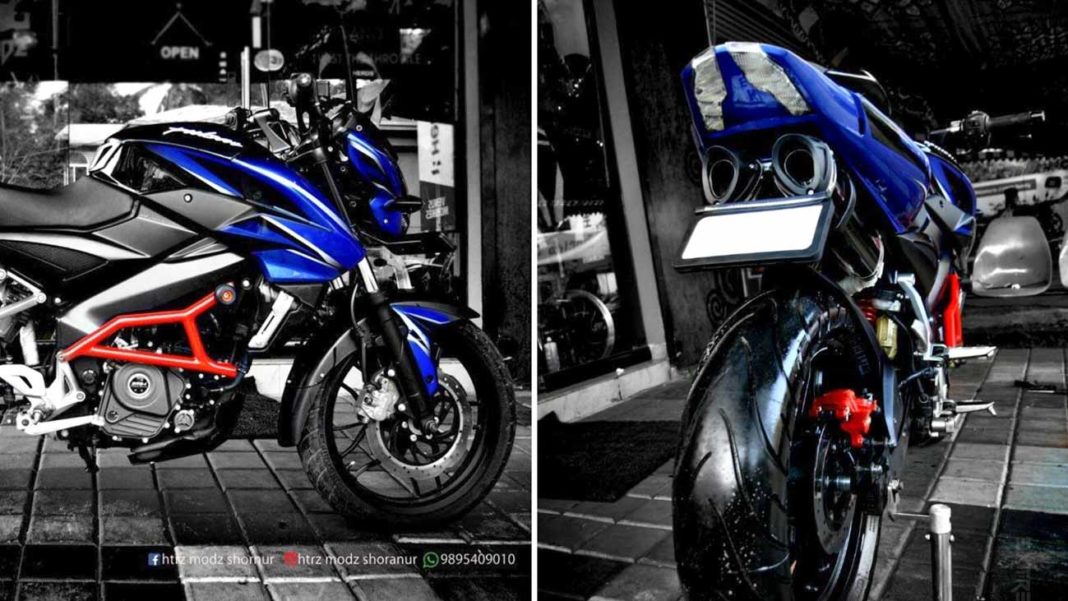 The Pulsar NS 200 is currently the flagship naked sports bike in Bajaj Auto’s Pulsar range, and the motorcycle is definitely a looker, credits to its aggressive and muscular styling. However, a modification house in Shoranur, Kerala called HTRZ MODZ has taken it a step further and made it even sportier with a range of updates.

HTRZ MODZ is a specialist in custom racing exhaust systems and motorcycle modifications. This specific project of modifying the Pulsar NS 200 includes the addition of a custom twin under-seat exhaust system as well as a massive rear tyre that has been fitted on the same alloy wheel as that of the stock motorcycle.

Both the dual under-seat exhaust system and the extra-wide rear tyre make the motorcycle look way more aggressive. The extra-wide rear tyre looks like it is fitted within a custom swingarm. It should be noted that the rear tail-lamp of the Pulsar NS 200 has been retained, and so are almost all other components. No changes have been made to the motorcycle’s powertrain. 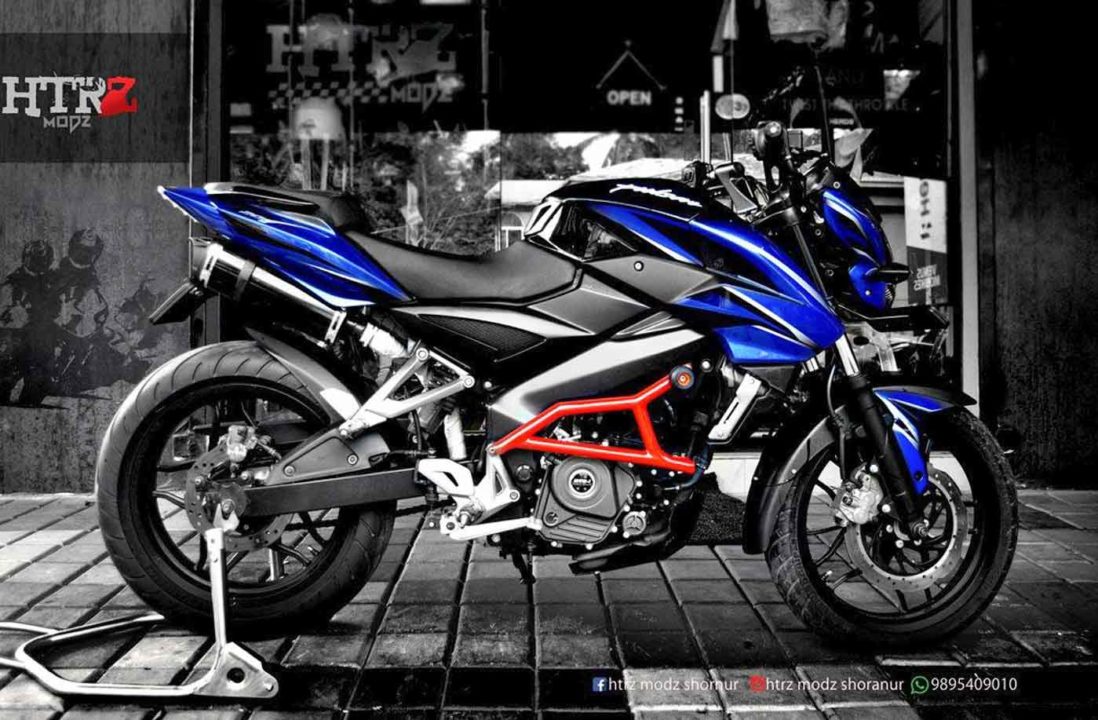 The Pulsar NS 200 comes equipped with a telescopic front fork with anti-friction bush, along with a rear Nitrox mono shock absorber. The braking setup includes a 300 mm disc up front, and a 230 mm unit at the rear. 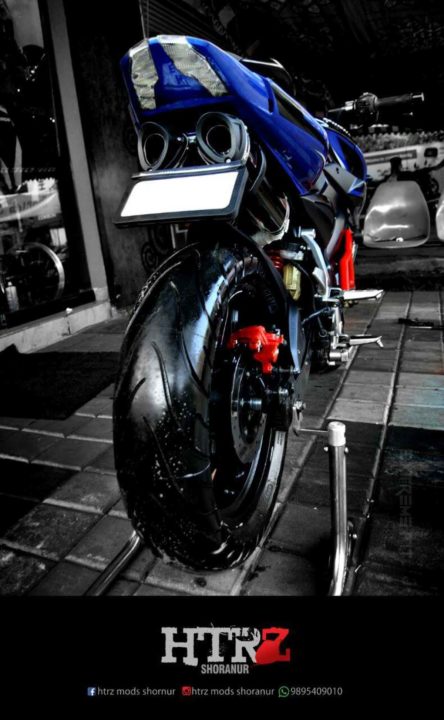 As of now, Bajaj retails the Pulsar NS 200 in a single twin-disc variant that retails at a starting price of Rs 1.35 lakh (ex-showroom, New Delhi). The NS200’s 199.5 cc motor is also plonked on the fully-faired Bajaj Pulsar RS 200 sports bike, which is priced from Rs 1.57 lakh (both prices, ex-showroom New Delhi) onwards.