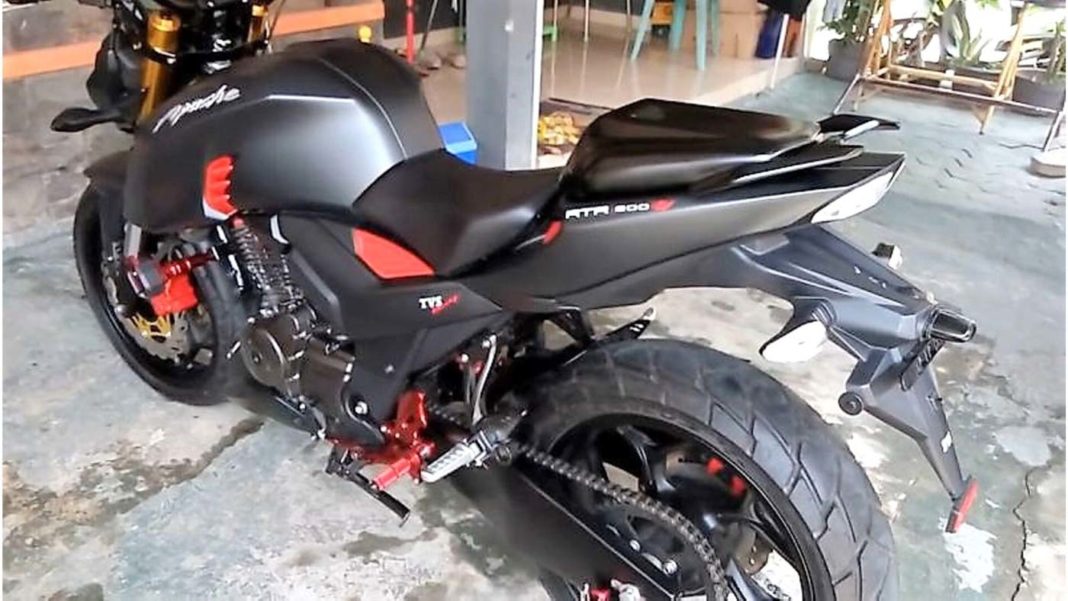 The custom Apache RTR 200 4V features an upside down front suspension, wider front and rear tyres and an aftermarket exhaust

The custom naked streetfighter gets some premium components and subtle updates to improve the overall ergonomics and stance of the motorcycle. The owner of the Apache RTR 200 4V has kept the stock grey base colour of the motorcycle intact. It gets red highlights on the fuel filler cap, tank scoops, footpeg, and the rear suspension setup.

Besides the new red highlights, the custom Apache RTR 200 4V also gets a new upside down fork setup at the front that replaced the conventional stock telescopic unit of the motorcycle while there are no changes made to the rear suspension setup. 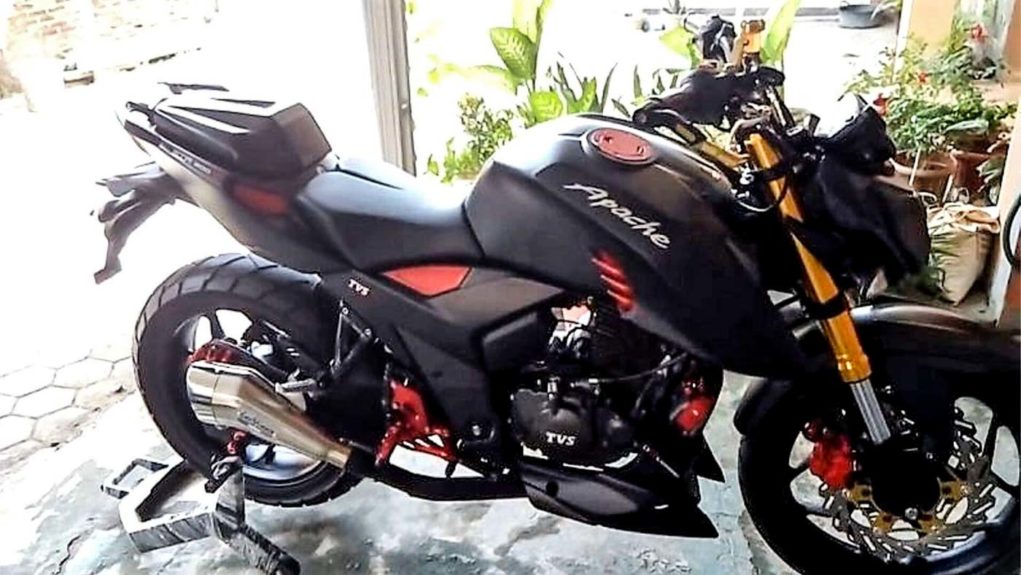 The owner also replaced the small disc brake at the front with a bigger petal disc while there are no changes made to the rear disc brake. The custom Apache also features a new set of alloy wheels at the front and rear shod with wider tyres. Take a closer look and you will also notice that the custom Apache also takes its headlight inspiration from the Draken concept. 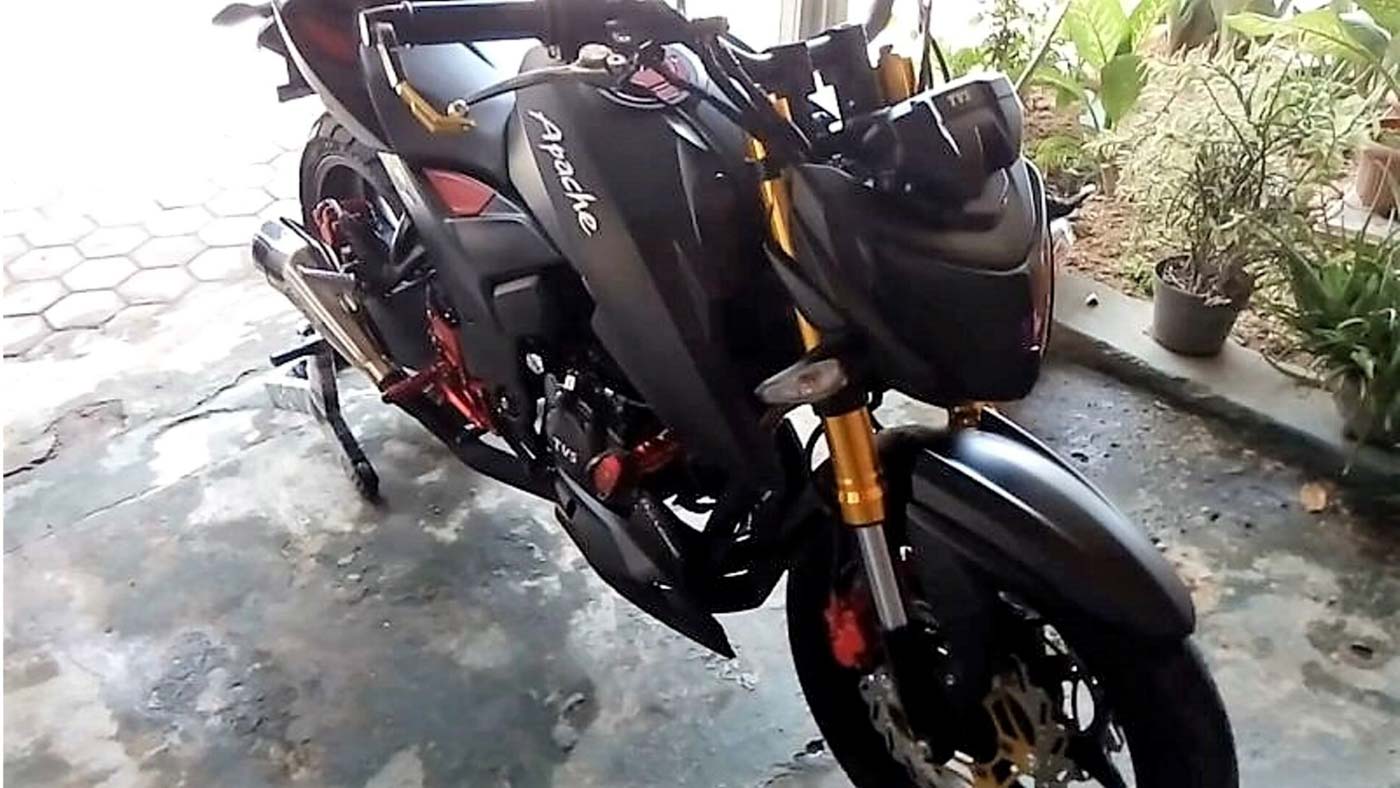