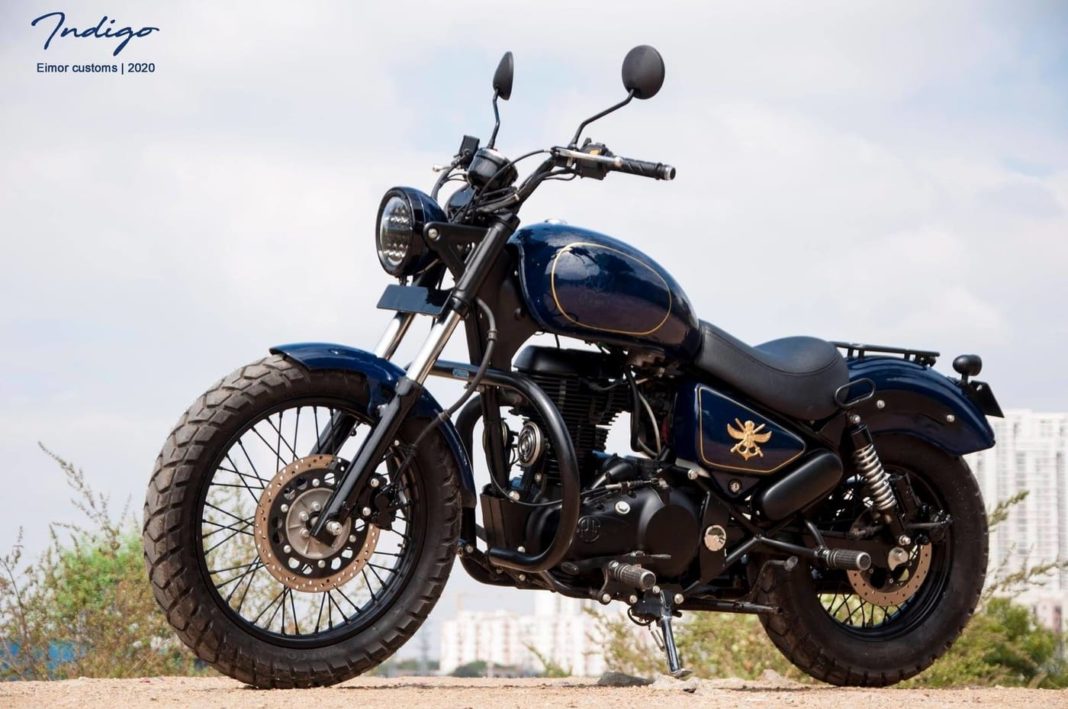 Check out this modified Royal Enfield Thunderbird 500, which has been built by EIMOR customs for an Indian Navy Officer

Royal Enfield motorcycles are extremely popular among custom builders in India. There are plenty of garages and workshops that specialise in customising Royal Enfield bikes, and we’ve seen plenty of such examples online, ranging from simple mod jobs to extensive custom builds.

Here, we have another modified Royal Enfield bike, built by EIMOR Customs. According to the workshop, the owner of the motorcycle is an Indian navy officer, who wanted his career to reflect on his ride. As such, there are plenty of modifications here that are inspired by the Navy. The Indigo/Aquamarine blue paint represents the deep sea, and there are hand-painted golden pinstripes on the tank and the centre panel.

The fuel tank gets the crest of the owner’s regiment along with the motto of the Indian Navy, “Shan No Varunah” (may Lord Varuna be auspicious), which have been painted very subtly. On the left centre panel, the bike sports the tri-services insignia of the Indian armed forces. Other changes include a new LED headlight, a single-pod digital instrument console, a new taillight, and a SANS exhaust. 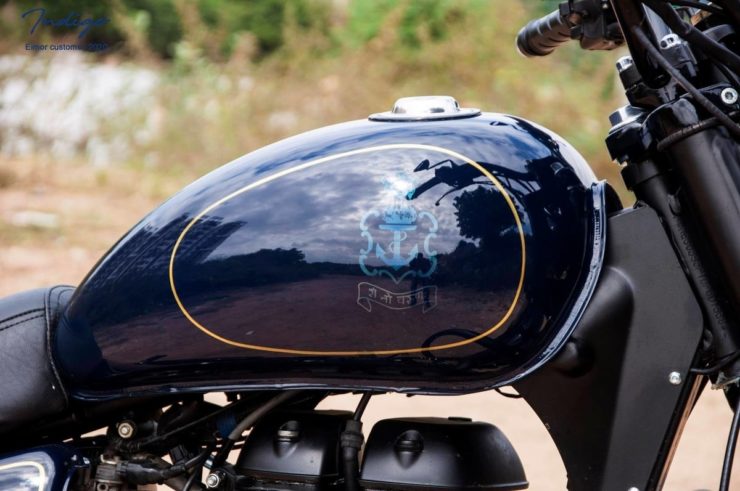 The rider’s seat is well-contoured and padded, and seems quite comfortable. The pillion seat is detachable and gets an integrated back-rest. The underbody of this Thunderbird, including the engine, gets a matt black finish. Both the wheels are wire-spoke units, 18-inch at the front and 15-inch at the rear. Overall, we love the styling of this Navy-inspired custom RE Thunderbird.

Royal Enfield Thunderbird 500 was discontinued in India near the beginning of last year. It used to be powered by a 499cc, air-cooled, single-cylinder engine, capable of generating 27.5 PS of peak power and 41.2 Nm of maximum torque. This motor came mated to a 5-speed sequential gearbox. 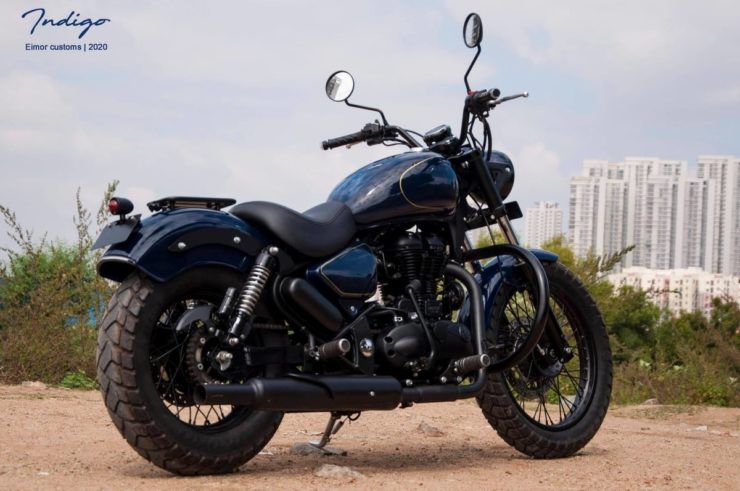 Although the Thunderbird 500 is long gone, Royal Enfield has a sweet treat coming up soon. The manufacturer is currently developing a new cruiser motorcycle, which will be powered by the same 650cc parallel-twin engine as the Interceptor 650 and Continental GT650. This upcoming bike has been spied multiple times during testing, and is expected to launch later this year.