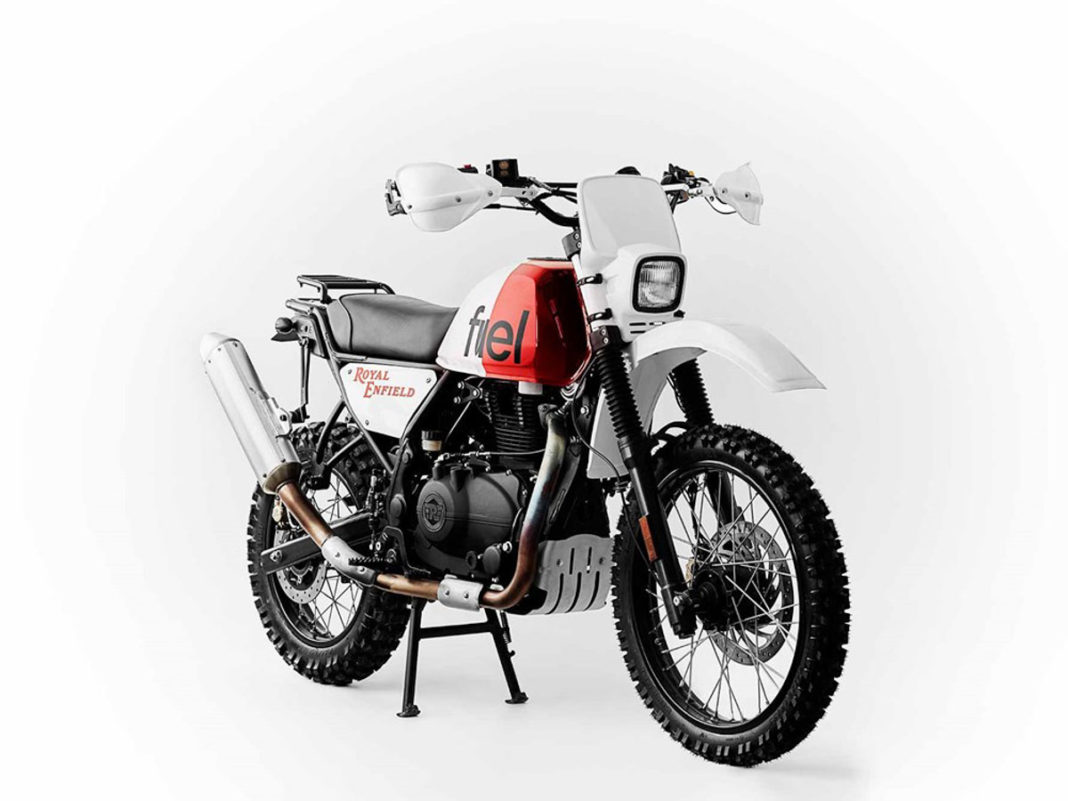 Royal Enfield Himalayan has been one of the highly accessible dual-purpose adventure motorcycles any enthusiast in India can buy and due to its no-frills design language, the modification shops have taken full advantage of the Adv. Whether converting it to a different style or enhancing the adventure characteristics, the Himalayan never says no and fits the bill perfectly.

Fuel Motorcycles has come up with its latest creation by modifying the stock Himalayan and you will be pretty amazed by the end result. The Barcelona-based company is a no stranger to making mouth-watering custom works and it is notorious in developing riding accessories and apparels as well.

This year, the Scram Africa riding event organised by Fuel Motorcycles that mostly involve scramblers and other modified bikes will feature a specially made Royal Enfield Himalayan designed and conceptualised by the tuning firm. The event will be held across a week spanning a distance of well over 1,500 km through challenging on- and off-road courses. 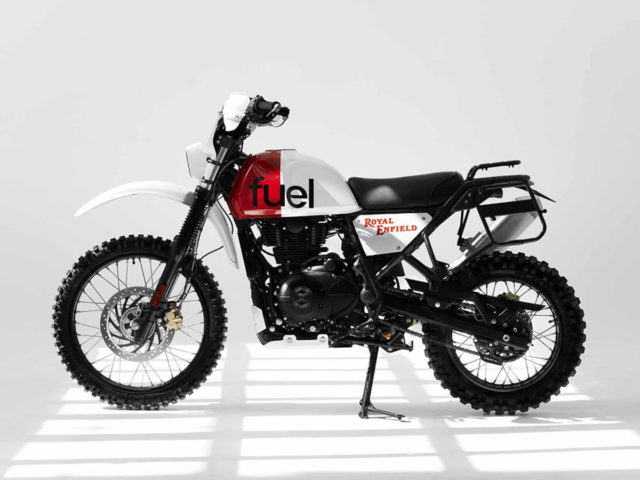 The second of the event that started in Marrakesh will end tomorrow. Only 20 riders were allowed to contest each leg and the custom Himalayan designed by Fuel Motorcycles founder Karles Vives rode his creation in the first leg by himself. The exterior comprises of some key design elements that are present to emphasise the outlook as well as being purposeful.

Right out of the gate, you will be attracted by the white, black and red colour scheme with the word “Fuel” written on the tank denoting the brand. The standard round-shaped headlamp is ditched in favour of a rather squared assembly with white painted and high-raised front mudguard, knuckle guards and windscreen. The pillion seat has made way for a removable luggage rack and the jaricane holder is moved to the rear. 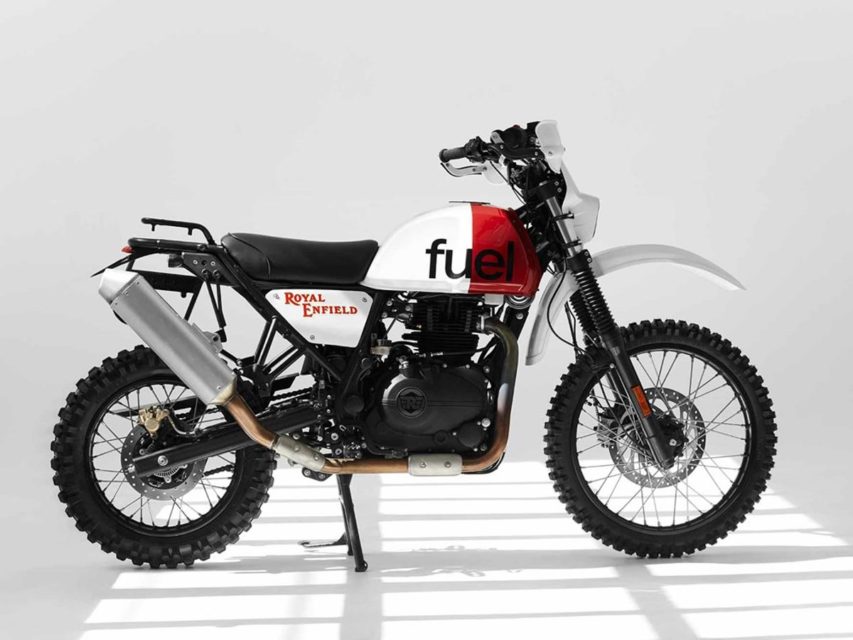 The customised Royal Enfield Himalayan uses the same powertrain you could find in the regular Adv and it produces a maximum power output of 24.5 PS at 6,500 rpm and 32 Nm of peak torque delivered at 4,500 rpm. Fuel Motorcycles has added a new upswept exhaust system from Suzuki RM-Z450 while the Powertronic ECU plug-in improves throttle response.