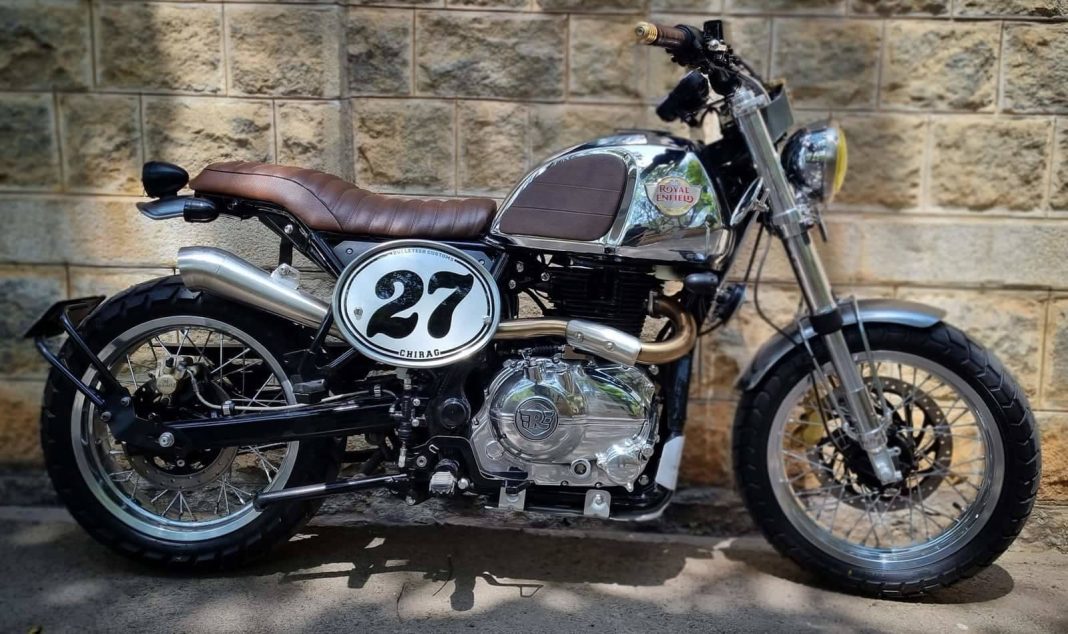 Royal Enfield motorcycles are extremely popular among auto enthusiasts in India. Many of these enthusiasts have a passion for customising motorcycles, and we’ve seen numerous custom-built RE bikes over the years. There are a few workshops across the country that specialise in modifying Royal Enfield bikes, including Bengaluru-based Bulleteer Customs.

We recently came across a customised Royal Enfield Himalayan online, built by Bulleteer Customs. The project has been christened ‘Sherpa’, and it has been designed as a tribute to Tenzing Norgay. He was the first person to scale the summit of the highest peak in the world – Mt. Everest – in 1953, alongside Sir Edmund Hillary.

It is quite fitting that RE Himalayan was chosen for this project, as the motorcycle is named after the Himalayan mountain range, of which Mt. Everest is a part. There are quite a few unique design details here, with the highlight being the new chrome paint on the fuel tank. The engine casing and wire-spoke wheels also feature a bright chrome finish, which looks very cool. 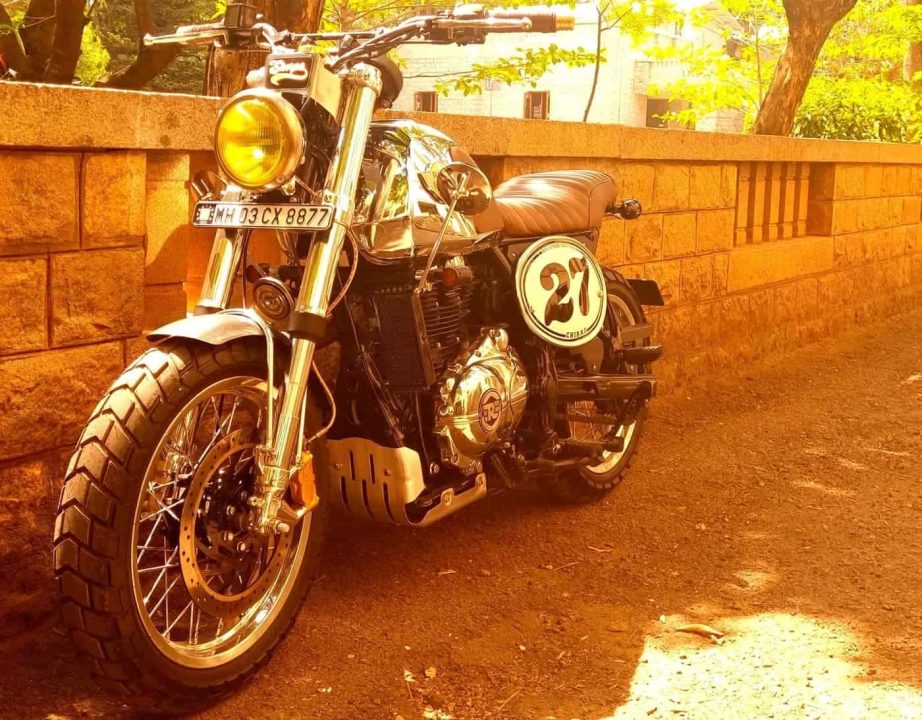 The headlamp now features a yellow-tinted glass, and we also see aftermarket taillight (with a grille cover) and turn indicators. Also, new upside-down forks have been installed here, which look extremely premium due to the shiny chrome finish. The motorcycle also gets a custom scrambler-style exhaust, with the pipe routed through the right side of the body, with an SC project end can.

The motorcycle also gets custom number panels on both sides. Also, a pair of vintage-style knee pads have been added to the bike, which goes well with the ribbed single-piece tan seat. The rear-view mirrors are now mounted near the engine on tall stalks, which is an interesting design detail. Also, the rear numberplate holder is mounted on the swingarm now, styled like a tyre hugger. 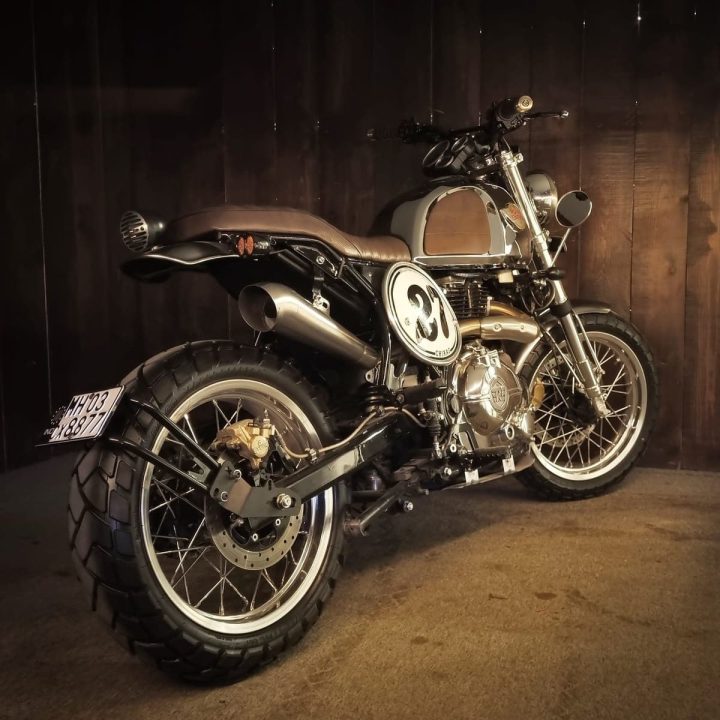 At the top of the headlamp, there’s a tiny custom cowl with this custom bike’s name branded in brass. A brass-bezzled timepiece has also been added here, along with custom handlebar grips and bar-end weights. The front subframe and fairing have been removed, and the instrument cluster is now placed on the handlebar. Personally speaking, the design of this custom Royal Enfield Himalayan is nothing short of impressive.