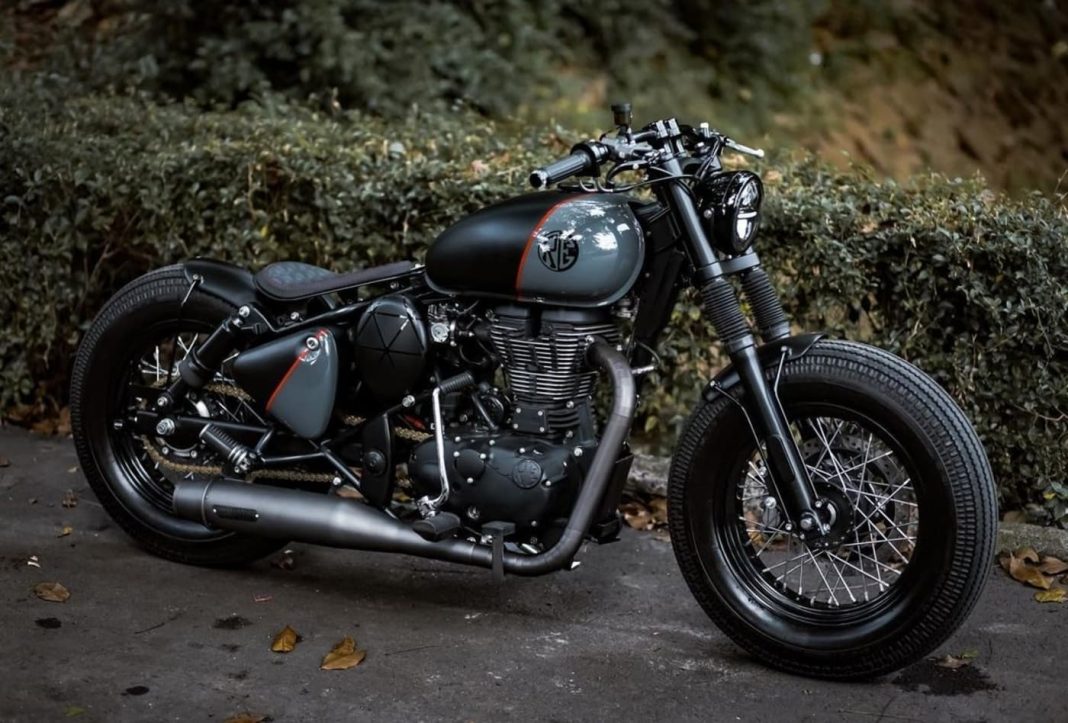 Here, we bring you a Royal Enfield 500-based bobber from Indonesia, which features a beautiful design and air suspension

Royal Enfield motorcycles are quite popular around the world right now, thanks to their retro appeal and fun-to-ride nature. Their simplistic architecture also makes them brilliant for custom projects, and plenty of modded Royal Enfield bikes exist all around the world. Here, we have another of these brilliant custom machines, named ‘SG Royal Black’, built by Smoked Garage.

This custom bobber is actually a Royal Enfield Classic 500, featuring plenty of noteworthy mods. At the front, we see an aftermarket LED headlamp, along with a custom single-piece handlebar. The stock instrument cluster has been replaced by a semi-circular LCD screen. The fuel tank and side panels feature a custom paint job, consisting of matte black and shiny grey, separated by a red stripe.

The fuel filler cap is also a custom unit. The rider’s seat is low-set for a cruiser-style riding posture, and a removable pillion seat is available here. The front and rear fenders are tiny, exposing the balloon-type tyres for a macho look. The tyres are shod on beautiful wire-spoked wheels.

The most unique mod on this custom RE bobber is its air suspension, which can be seen in action in the video above. The suspension can be lowered for a slammed look, and can be raised when better ground clearance or suspension travel are required, making it a practical addition to the bike!

A custom exhaust has also been installed here, and we’re sure the motorcycle has a loud and throaty sound thanks to it. No changes have been reported to the engine except for that. A stock Royal Enfield Classic 500’s engine is a 499cc single-cylinder unit, with 27.57 PS and 41.3 Nm on tap, mated to a 5-speed gearbox. 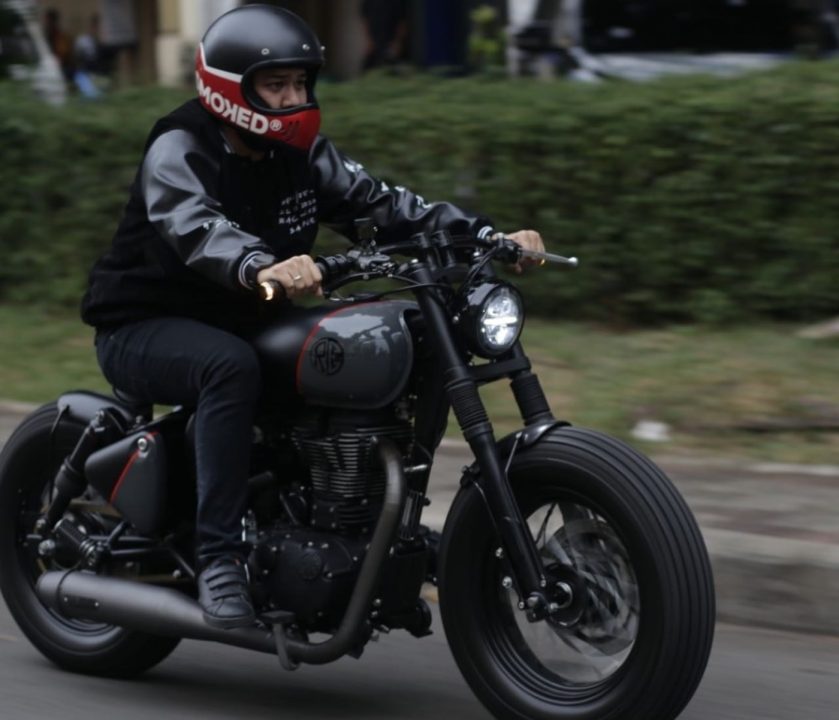 In India, Royal Enfield had discontinued the Classic 500 last year, and the Classic 350 underwent a generation change earlier this year. RE is expected to launch a 650cc version of the Classic in the near future. Apart from that, the manufacturer is set to debut a new 650c cruiser very soon, likely to be named ‘Super Meteor’, and a 350cc roadster is also in the making.