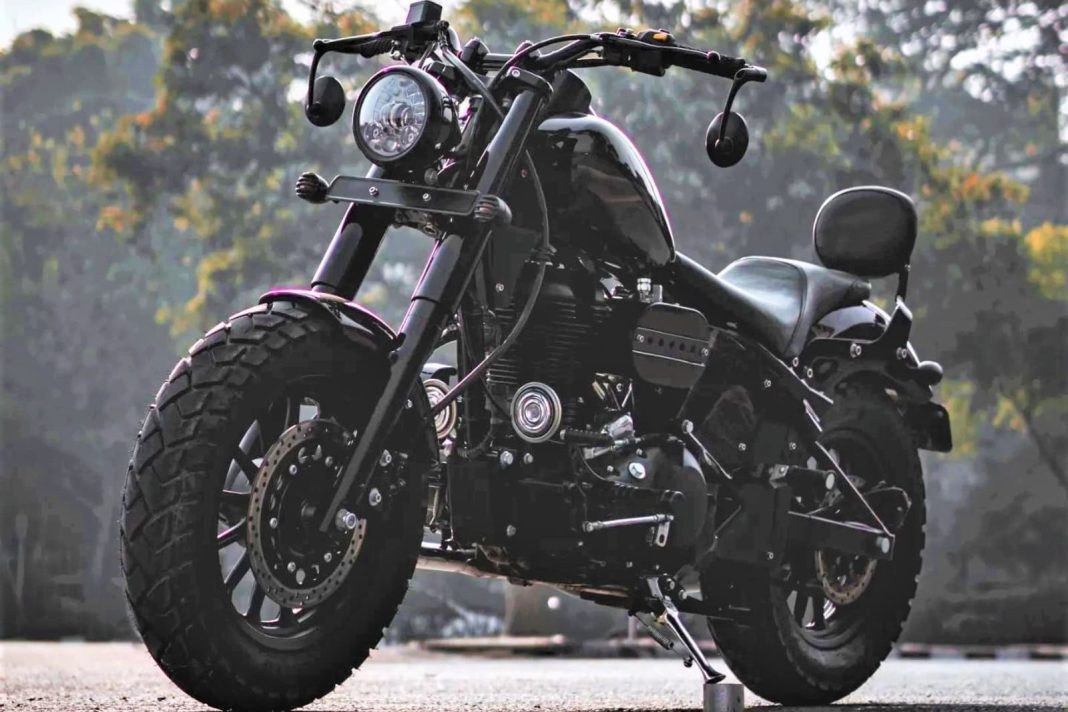 Neev Motorcycles, a custom motorcycle garage in Delhi, has transformed a Royal Enfield Bullet 500 into a badass cruiser motorcycle

Royal Enfield is the most popular premium motorcycle brand in India, with a massive fan following. RE bikes also enjoy strong aftermarket support across the country, which makes customising them extremely easy. We’ve seen plenty of modified Royal Enfield motorcycles in India, and we have another one here, based on a Bullet 500.

This custom cruiser has been built by Delhi-based Neev Motorcycles, and it looks absolutely brilliant. At the front, the motorcycle gets an aftermarket LED headlight, with integrated LED DRLs. We also see custom fork covers and a short front fender, along with custom triple tree and clamps. The handlebar is an aftermarket unit, and it gets a pair of beautiful bar-end mirrors.

The motorcycle sports black paint over its entire body, with subtle flame drawings on the custom-built teardrop-shaped fuel tank and side panels. The speedometer has been positioned on the centre of the fuel tank, while the fuel filler cap is offset to the right. The cruiser gets a low single-piece seat with a pillion backrest, for improved comfort. 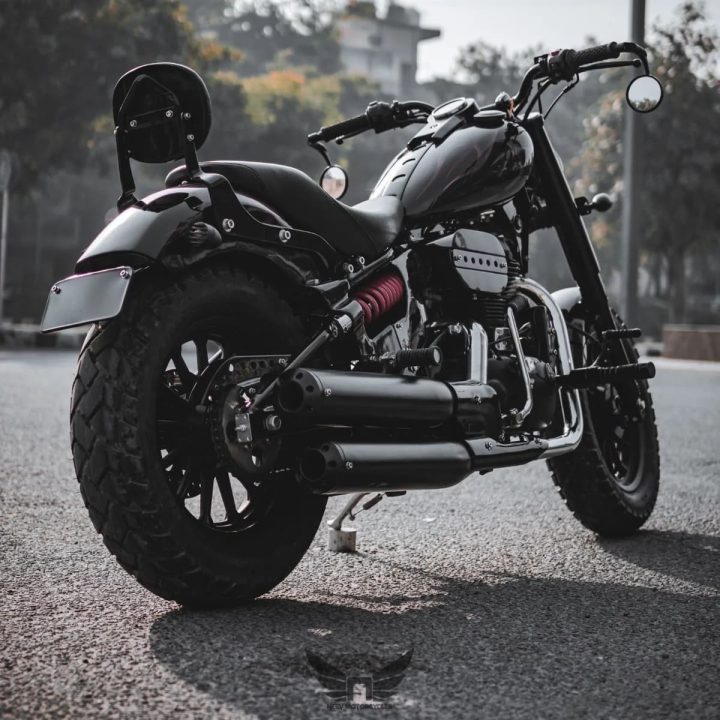 The rear fender is quite short, and the bike gets an LED taillight and a numberplate holder at its end. The motorcycle gets custom airboxes, along with dual exhaust (one of which is a fake pipe). We also see aftermarket footpegs and levers (for rear brake and gear selector), which have been positioned far forward, giving the motorcycle a typical cruiser-like riding stance.

The swingarm is custom as well, and an offset monoshock has been installed at the rear. A custom-made half chain cover can be seen here as well. We also see round halogen turn indicators on this custom bike, with plastic grille covers. Other than that, the bike gets multi-spoke alloy wheels, shod with big, thick tyres. 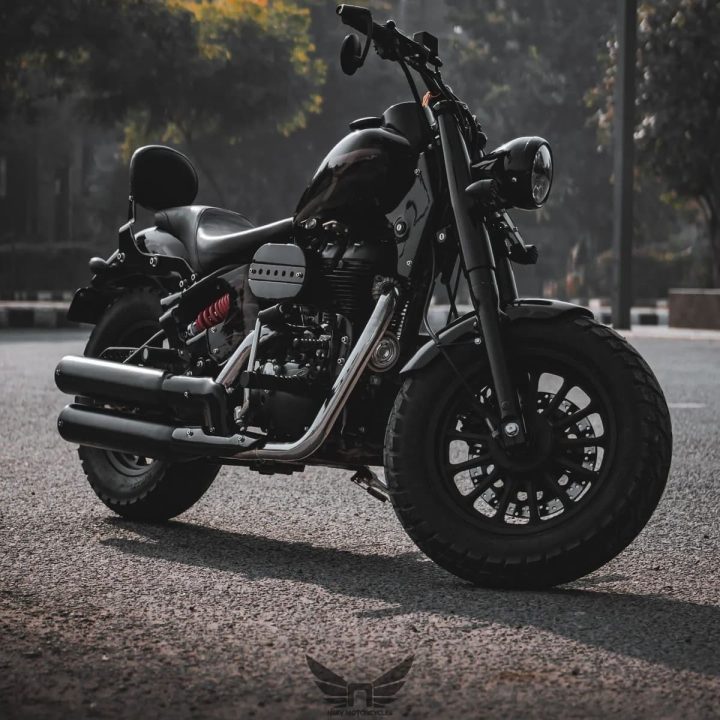 Royal Enfield Bullet 500 was discontinued in the Indian market back in 2020. Its final version was powered by a 499cc, air-cooled, fuel-injected, single-cylinder engine, mated to a 5-speed gearbox. In stock condition, this powerplant belted out 27.57 PS and 41.3 Nm of peak power and torque, respectively.