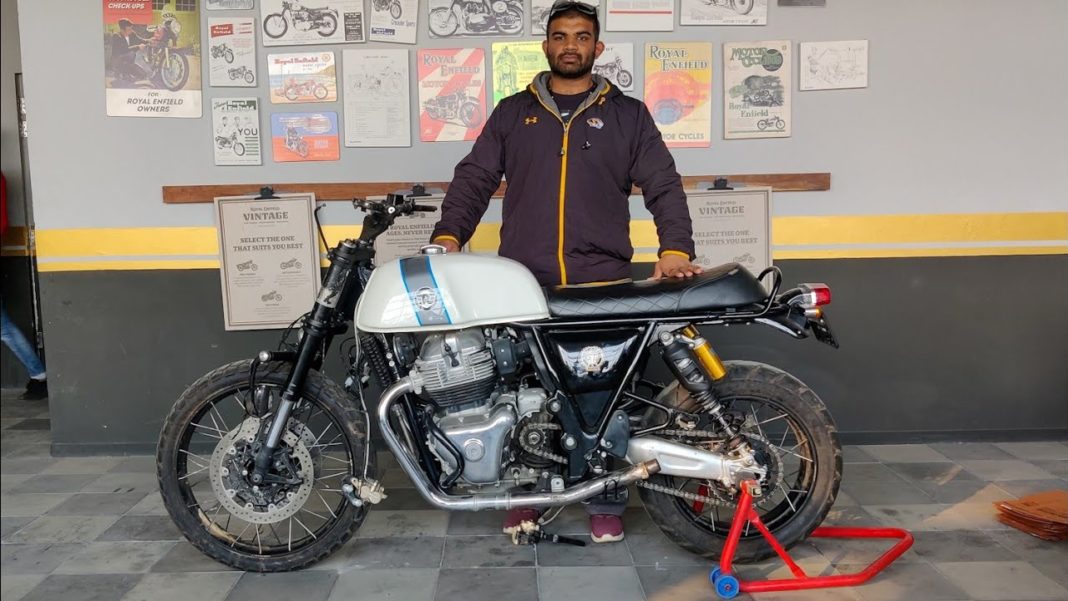 Here, we have a custom Royal Enfield Continental GT 650 (build in progress), which uses parts from an old Triumph Scrambler

Royal Enfield is the leader in the premium motorcycle segment in India, with motorcycles ranging from 350cc to 650cc in capacity. The RE 650 bikes (Continental GT and Interceptor) are the most affordable twin-cylinder motorcycles in our market, and are thus quite popular among enthusiasts. Here, we bring to you a modified Royal Enfield Interceptor 650, which is in the process of being turned into a scrambler bike.

The video we have below, uploaded by Abhinav Bhatt, shows us the modifications in progress. According to the vlogger, the owner of the motorcycle wanted a scrambler, but Royal Enfield didn’t have one is their lineup. Instead, he’s using the aftermarket route to create a scrambler, using a fire-ruined Triumph Scrambler!

For this particular build, the customizer has used an ingenious trick. He has used the frame from an old, busted RE Interceptor, and preparing the parts for it. Once these custom parts are ready, they can simply be removed and installed on the actual motorcycle! As this mod job looks like a long project, we’re sure that the owner appreciates that his bike isn’t just lying at the mechanic all this while.

From the Triumph Scrambler, parts like the USD front forks, rear sprocket, disc brakes and callipers, etc., were salvaged. The modifier is also contemplating using the folding footpegs, gear lever, and brake pedals from it. A lot of parts will be new though, like the master cylinder for the front brake.

The suspension of the Triumph is significantly taller than the RE’s, which will theoretically raise the seat height as well as the ground clearance. That may make it a bit hard to ride, but the modifier stated that the owner is an experienced off-road rider, and that even his current GT 650 uses a taller suspension setup, with parts from a RE Himalayan. 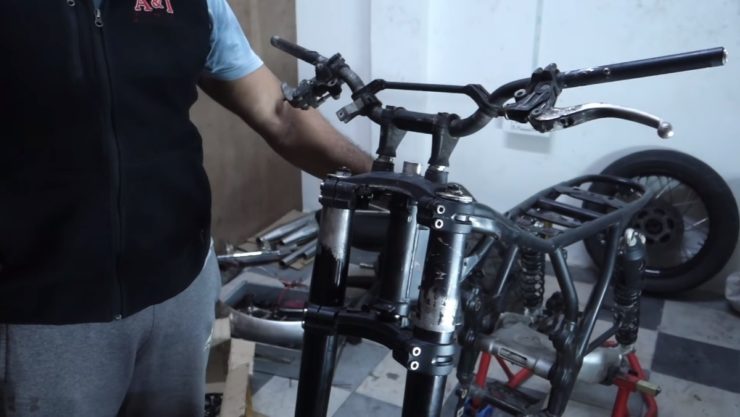 For Triumph’s parts to fit this RE, a lot of fabrication had to be done, and this is a true custom build project. This build is incomplete at the moment, and this seems like an extensive and time-consuming build. We’ll get to see this custom motorcycle soon though, so keep watching this space.