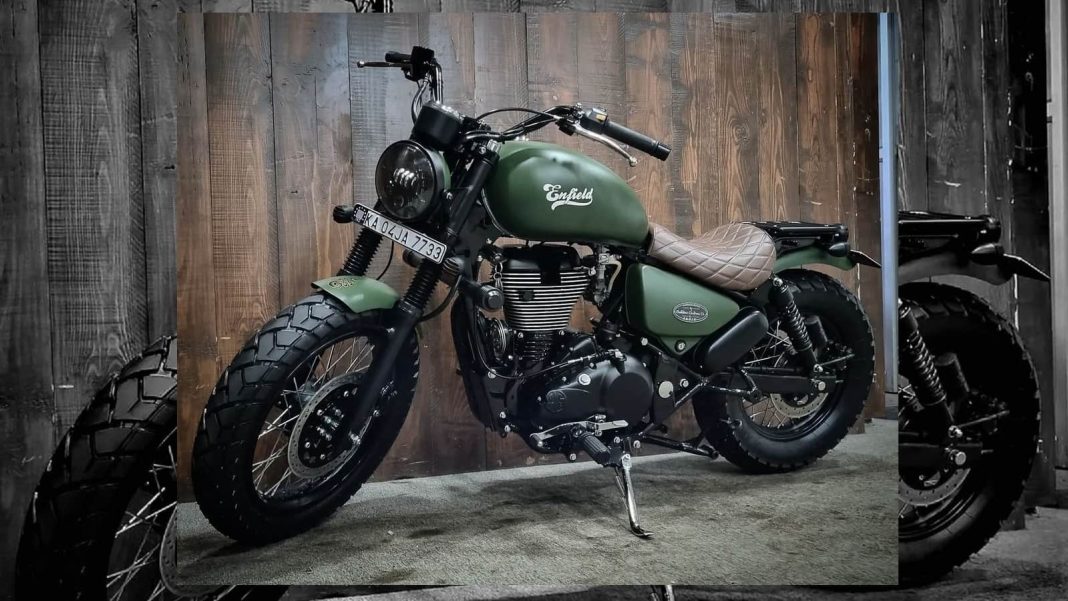 In India, Royal Enfield enjoys a cult-like following among motorcycle enthusiasts. Thanks to the brand’s rich heritage, it also enjoys strong aftermarket support in our country. People can easily find custom parts and accessories for RE motorcycles, and there are plenty of workshops that specialise in working on them, which makes customing them extremely easy.

Here, we bring you one such customised motorcycle, based on a Royal Enfield Thunderbird, built by Bulleteer Customs. Christened ‘Unalome’ by the workshop, this motorcycle’s design can be best described as a mix between a bobber and a scrambler. At the front, we see an aftermarket LED headlight, along with a custom triple tree and a tiny aftermarket fender.

The instrument console now consists of a single-pod speedometer, and the cruiser-style monkey handlebar has been replaced by a tall aftermarket one. The motorcycle gets a low-set single seat, featuring a quilted leatherette cover, with a luggage rack in place of the pillion seat. There’s a round aftermarket taillight on the bike, and we also see aftermarket turn indicators (with grille covers) here. 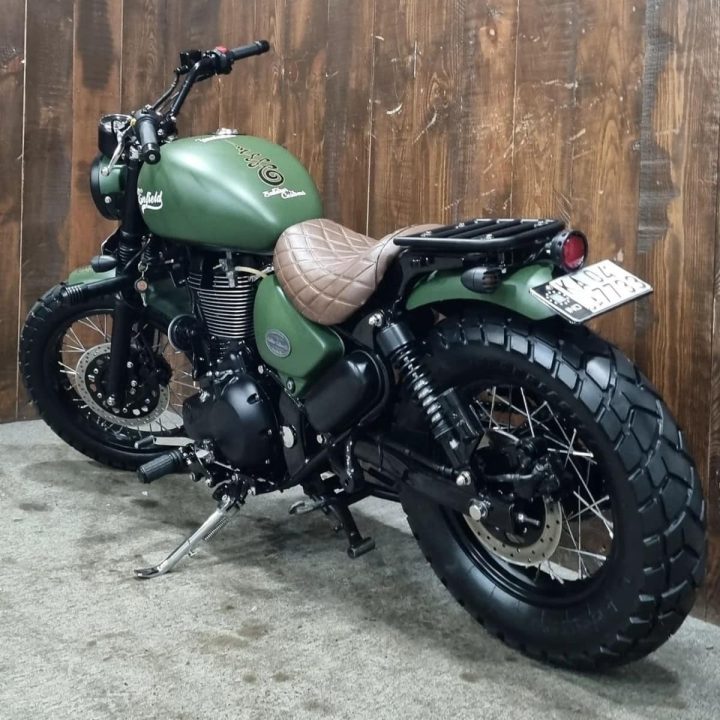 The rear fender has been shortened, and the rear numberplate has been installed at its end. The motorcycle sports an attractive shade of matte green on the fenders, side boxes, and the fuel tank, while the rest of the body has been blacked out. Even the engine assembly has been painted black. There are custom graphics on the fuel tank and front fender, along with custom badges on the side boxes.

A custom engine guard has also been installed here, consisting of a high-mounted single bar. The rear swingarm has new as well, designed to accommodate a wider tyre. Also, we see aftermarket wire-spoke wheels on both ends – larger at the front and smaller at the back, in typical cruiser fashion. 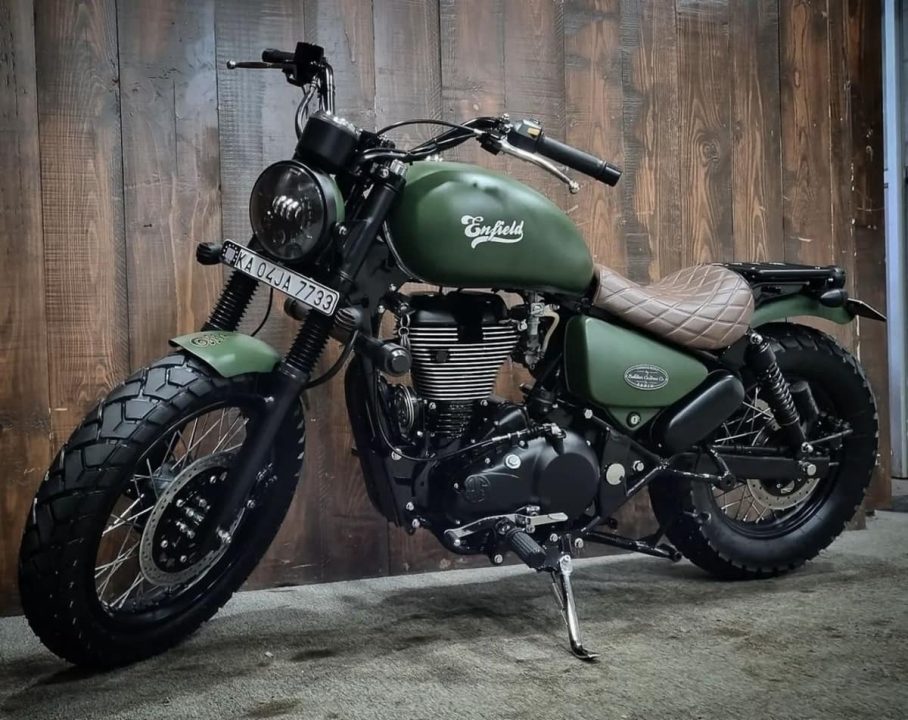 The workshop has not stated if any modifications have been made to the powertrain. This particular model is a 2015 Royal Enfield Thunderbird 350, powered by a 346cc single-cylinder engine with 19.8 PS and 28 Nm on tap in stock condition. This powerplant used to come paired with a 5-speed sequential transmission.