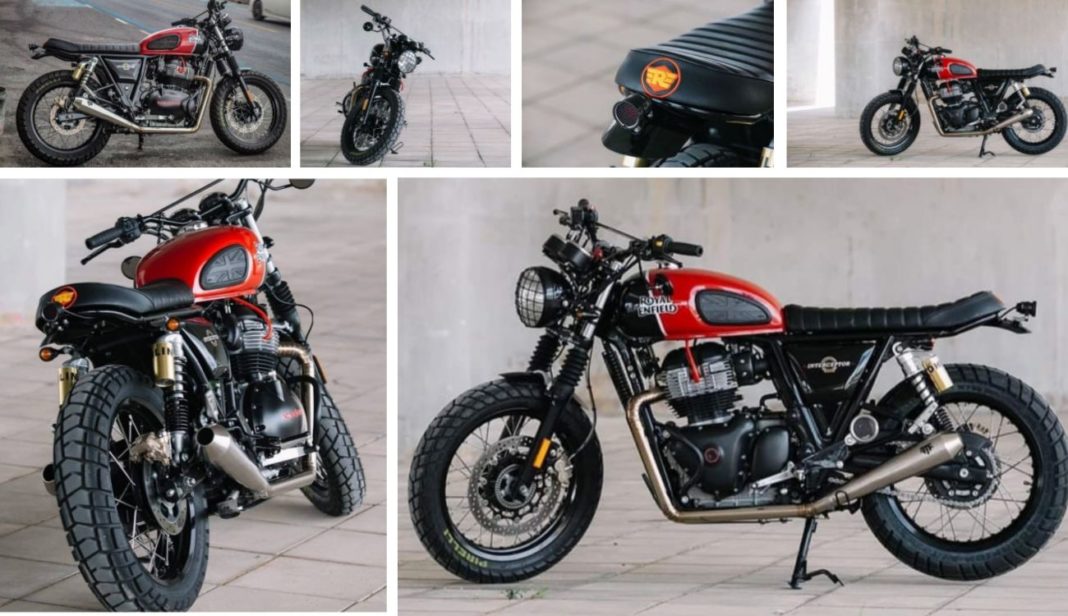 This latest custom Interceptor 650 from Thailand caught our attention and we must praise the owner for his choices of parts and accessories that he has used to give the stock Interceptor 650 a retro Scrambler appearance.

Talking about the changes, in particular, the custom Interceptor 650 features a new headlamp grille towards the front to protect the headlamp unit from getting damaged. The front fender and the rear fender of the motorcycle has also been replaced by a shorter custom fender that goes well with the scrambler theme of the motorcycle. 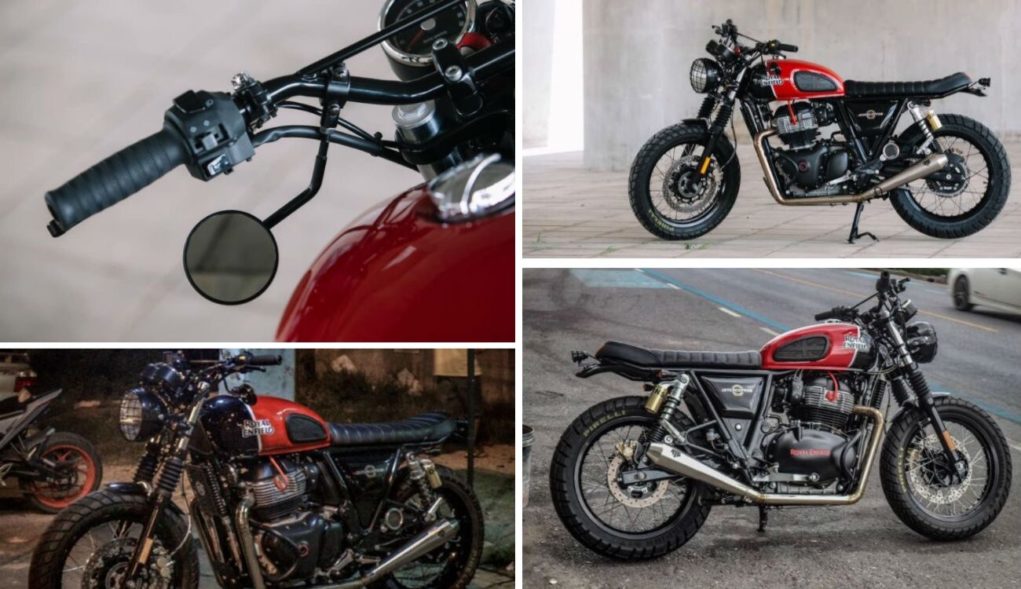 The custom bike maker has decided to keep the fuel tank and the original paint intact. There are no changes made to the suspension setup, however, it gets front fork gators that adds a rugged appearance to the motorcycle and also protects the vital joints of the front suspension setup from any external damage.

Besides all these minor changes, the custom Interceptor’s rear subframe has also been altered slightly to fit the custom seat and shorter rear fender. To give a neat look to the rear profile the entire tail lamp assembly was also replaced with an aftermarket LED unit while the stock tyres of the Interceptor 650 are replaced with aftermarket rubbers from Pirelli. 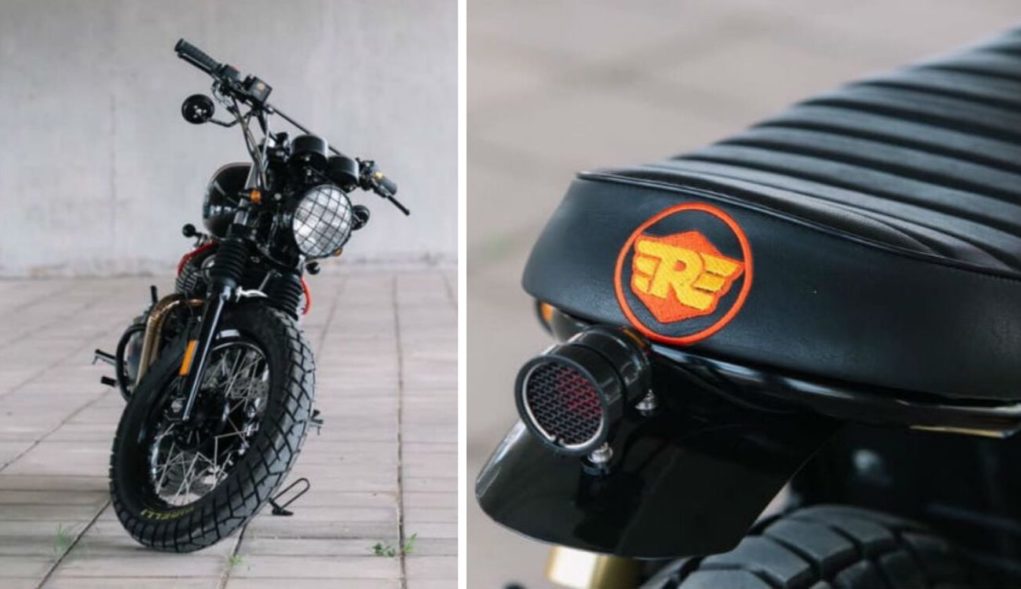 These rubbers with wider and deeper treads promise to offer better grip than the stock tyres. The stock twin exhaust setup of the Interceptor 650 is also replaced with slip-on units from Moto Trio.

Take a closer look and you will also notice that the handlebar of the motorcycle is replaced with a raised handlebar unit painted in Black while it also gets a rearview mirror positioned unconventionally. Lastly, the owner has also painted the gearbox casing in matte black paint. The owner also confirmed that he also has plans to powder coat some more parts within the end of this month.