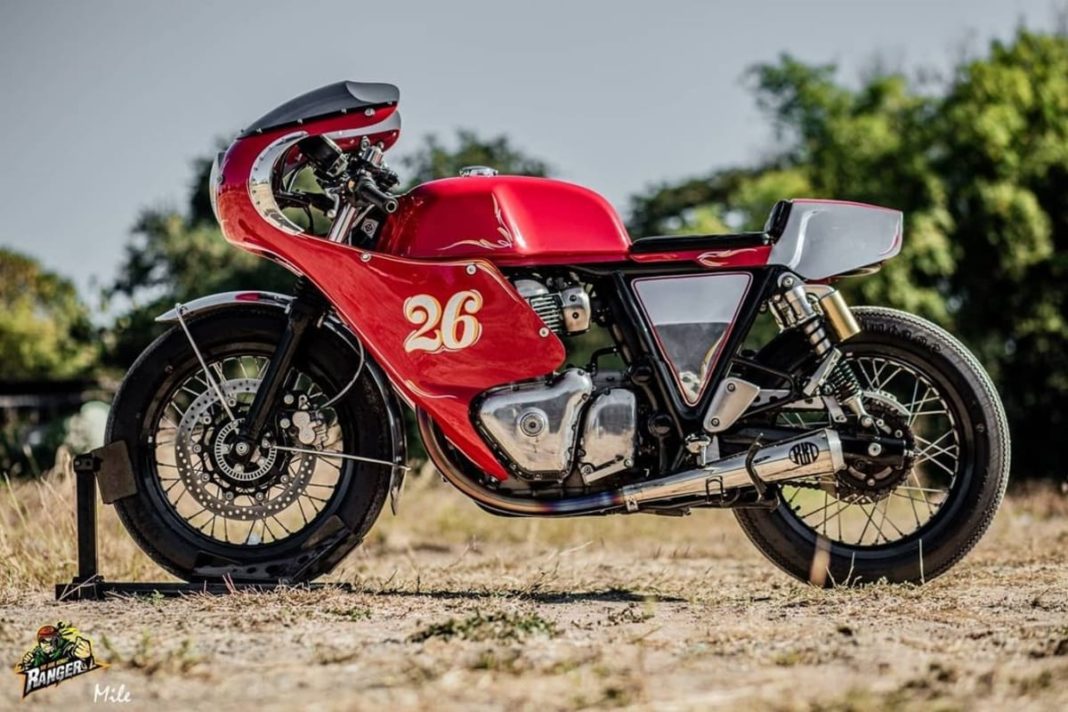 In India, the custom motorcycle scene is mostly dominated by Royal Enfield bikes. Enthusiasts all over the country love to show off their artistic vision, by modifying RE motorcycles! The Chennai-based manufacturer’s popularity isn’t limited to just within our borders though. The brand is also quite popular in South-East Asian countries, and there too, plenty of customised examples roam the streets.

Here, we have a modified Royal Enfield Continental GT650, built by Ranger Korat, a custom motorcycle garage in Thailand. At the front, the bike gets a new, longer fender, along with a pair of seal protectors for the front forks. The wire-spoke wheels are stock, but the tyres are new. A new handmade bubble fairing has been added, which looks extremely sporty, giving the bike a retro-racer vibe.

The headlight is the same round halogen unit as the stock bike, although the angular clip-on handlebars are new. The instrument pods are still mounted on the front forks, and not on the fairing. The fuel tank remains unaltered, but the badges have been removed. The centre panel is new on both sides, as is the single seat. 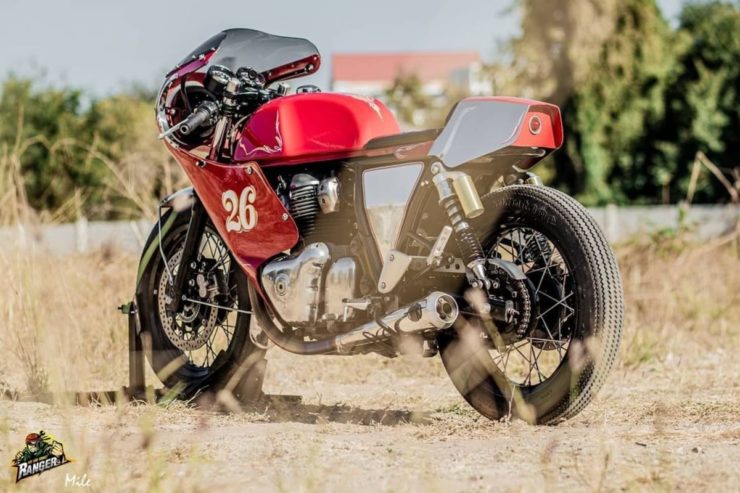 The padding on the seat looks quite thin, much like on a proper race bike. The pillion seat has been replaced by a cowl, which houses the tiny custom taillight. The indicators have been removed, from the front as well as the rear end. The motorcycle also gets custom exhausts on both the sides, which are way shorter than the stock ones.

The bike gets vinyl numbering on the fairing, and the red and chrome paint scheme looks beautiful. Powering the Thailand-spec Royal Enfield Continental GT650 is the same oil-cooled, parallel-twin engine as the Indian version. This 648cc powerplant can deliver a peak power of 47.65 PS of peak power and 52 Nm of maximum torque in stock condition. 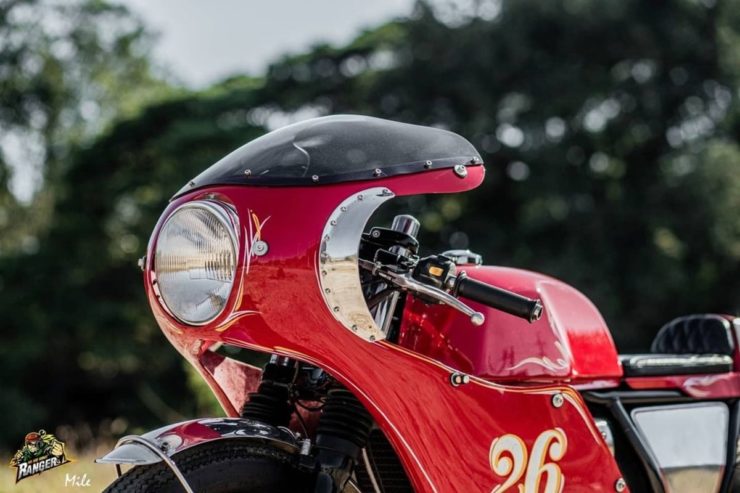