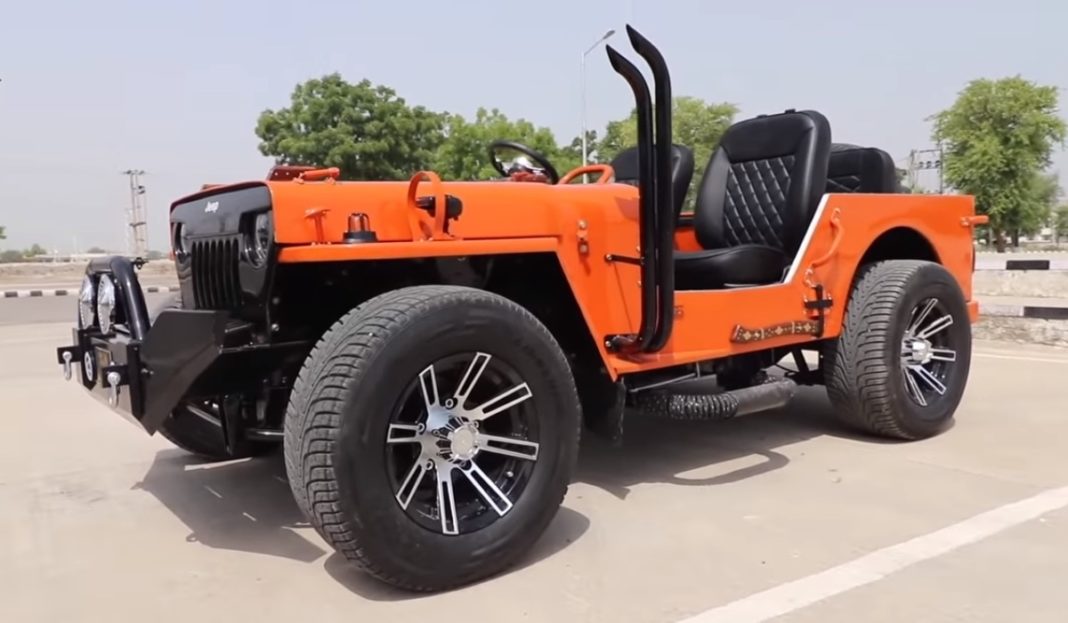 Here, we have a walkaround video of an old Jeep, which has been modified into a beautiful low-rider

Old Jeeps, like the original CJ2A and CJ2B, are perhaps some of the most iconic vehicles in the world. The WWII-era design lends itself well to craftsmen, who try to customise these vehicles into beautiful pieces of art. Here, we have one such modified Jeep, which has been turned into a low-rider.

This modified Jeep has been built by Deepak Jain of Jain Motors, a custom car garage based in Mandi Dabwali, Haryana. There are plenty of changes done to the car, which we shall list here in brief. The suspension system is new, and the builder claims a ground clearance of just 5-6 inches! The bright orange paint of the car contrasts well with the blacked-out front fascia and the all-black interior.

At the front-end of this modified Jeep, we see the ‘angry bird’ face, which is extremely popular on the Mahindra Thar. The front bumper juts out of the body, and has integrated foglamps and two exposed horn-pieces. You also get two tow hooks, but considering the lowered ride-height, we aren’t sure if one should ever take this car off-road.

At the side, we see custom alloy wheels with chrome embellishments. Two faux chimney-type exhaust pipes have also been added, but those aren’t functional. There is a side-step for easier ingress into the car, and a random wooden handle has been added as an accessory just below the door. At the rear, the car features LED taillights and a tail-mounted spare wheel.

The rear hatch opens sideways like a door, and you can lift the second-row bench to create some boot space. The interior of the car is pretty sweet, with an all-black colour scheme for the seats, floor, floor mats, etc. The car has also been fitted with an AC, but as the car doesn’t have a roof, we’re not sure if it would be of much use. 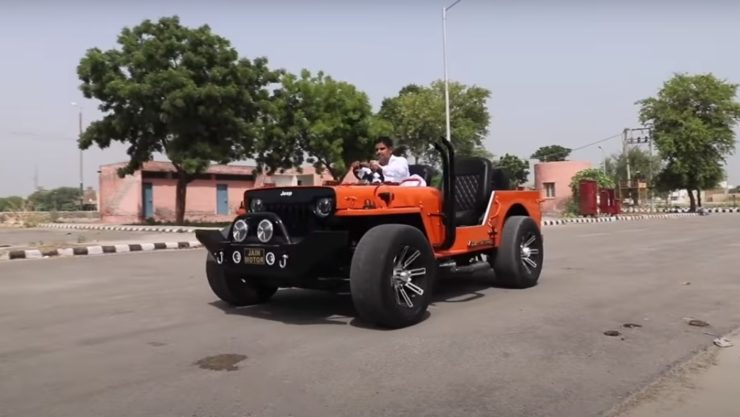 Under the hood of this vehicle is a 2.6-litre DI turbo motor, sourced from an old Mahindra Bolero. This 2623cc, inline-4, turbo-diesel engine can generate a peak power of 63 PS and a maximum torque of 180 Nm. The builder has also stated that he offers multiple engine options, all according to the buyer’s preference. This particular modified Jeep has been prepared for a buyer in Nagpur.