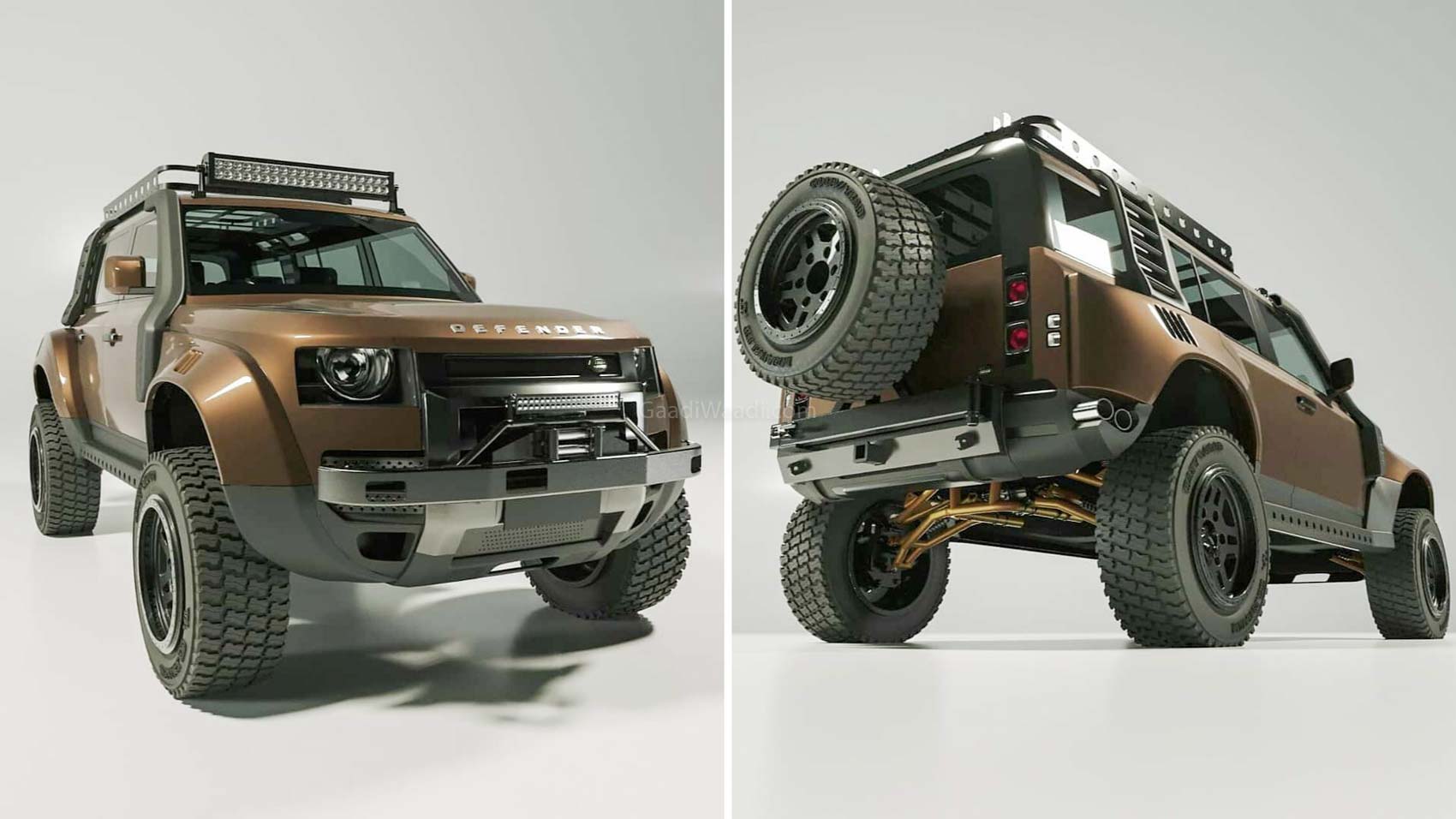 Land Rover cemented its position as an out-an-out off-road vehicle producer through a number of SUVs including the Defender. The SUV had a continuous production run of 67 years and the final model was rolled out in January 2016 with more than two million unit sales across the globe. The Defender was back as an all-new model late last year at the Frankfurt Motor Show.

The latest Defender made its India debut just over a couple of months ago and is priced from Rs. 69.99 lakh (ex-showroom). Available in three-door (90) and five-door (110) guises, it is brought into the country via CBU channel. The Defender 110 is subjected to ludicrous modifications by custom vehicle builders internationally ever since it showed up its face.

A set of rendering we are showing you here is just one example how wildly the Defender can be imagined. The jacked up four-wheel-drive SUV rendering created by an Instagram used named garasi3d has it painted in metallic brown colour as no fancy two-done job is involved. However, the pillars and other elements are painted in black as you could clearly see. 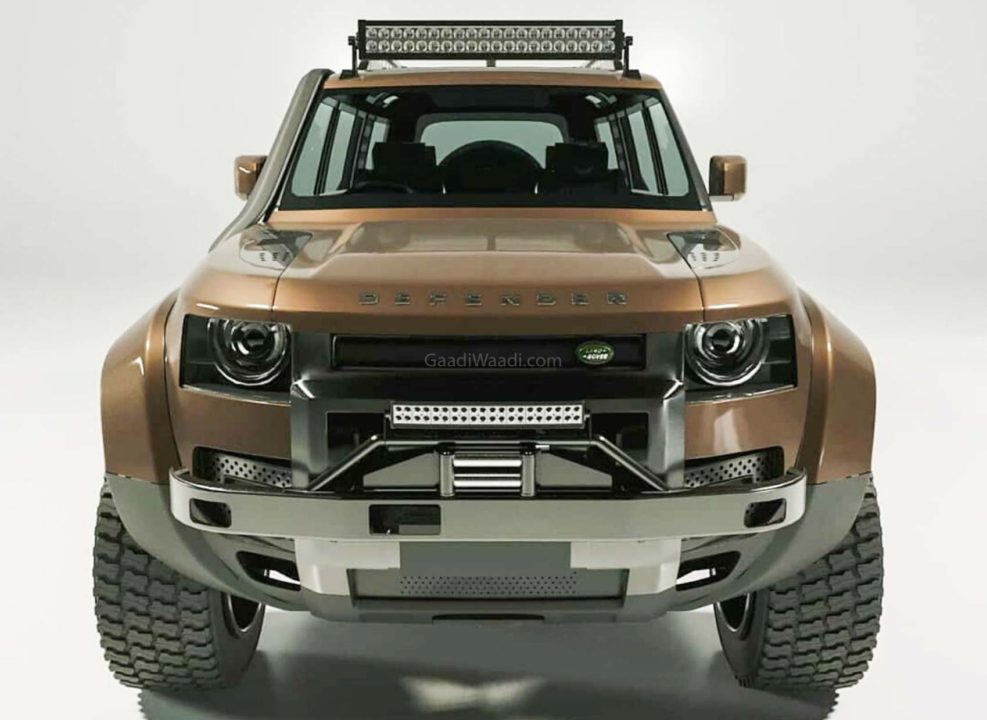 It is shod on massive wheels that enhance its visual presence while the fenders are flared to adapt the size of the wheels. Several aftermarket exterior bits pertaining to off-roading have been added including the auxiliary LED lights fitted onto the luggage carried mounted atop the roof and a brawny bumper with presumable projections for the winch and towing.

The custom rendered Land Rover Defender 110 also features a grey painted snorkel, machined roof rack with ladder, a huge spare wheel, round-shaped dual exhaust pipes on the right side of the modified rear bumper, fender vents and bonnet openings for cooling, etc. While the interior does not seem to have been rendered, the stock headlamps and tail lamps have been retained. 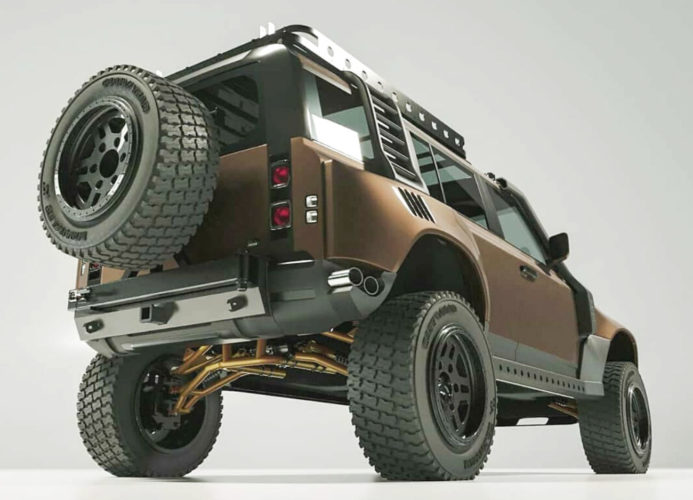 In India, the Land Rover Defender is powered by a a 2.0-litre four-cylinder petrol engine producing 300 PS maximum power and 400 Nm of peak torque. It is loaded with off-road based technologies and can be had in three- and five-door configurations with five different variants to choose from.