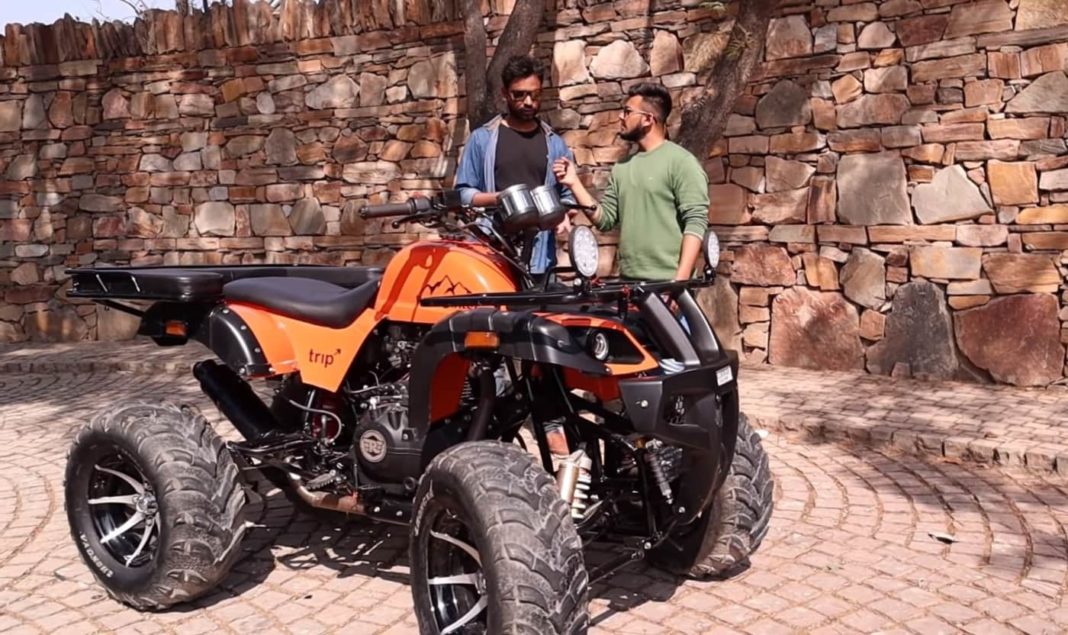 Check out this tailor-made All Terrain Vehicle (ATV), built by Kunwar Customs, which started life as a Royal Enfield Himalayan

Royal Enfield Himalayan was first introduced in the Indian market back in 2016. Thanks to its go-anywhere nature and affordable price tag, it is quite popular among adventure motorcyclists. We’ve seen plenty of modified examples of the motorcycle as well, but here we have something extremely unique – a 4-wheeled Royal Enfield Himalayan!

This particular model has been built by Kunwar Customs, a custom motorcycle garage based in Jaipur, Rajasthan. The body belongs to an old ATV, and RE Himalayan’s engine has been added to it. Other components taken from the Himalayan include the lower section of the frame, chainset, etc. The handlebar and instrument cluster is taken from an old RE Thunderbird.

The fuel tank is custom-built, made out of metal not plastic, and we also see beautiful machine-cut alloy wheels here. Some parts used on this ATV have been imported, like the shock absorbers, disc brakes (dual disc setup at the front, single disc at the rear), and the Zhongya ATV tyres. The front luggage rack is custom as well, and the ATV gets LED lights.

A similar luggage rack has been added to the rear as well, which gets removable seats. The latter is a practical addition, as the main seat is only good for the rider. With the additional seats, the ATV can accommodate up to three more people. Also, custom decals have been added on the fuel tank and the centre panels, to add a touch of RE Himalayan to the overall styling.

In the video, we can see that the ATV gets an independent double-wishbone setup for the front wheels, with gas-charged shock absorbers, while the rear wheels are suspended on a monoshock. The builder has tinkered with the sprockets as well, in order to increase the torque on the rear wheels. 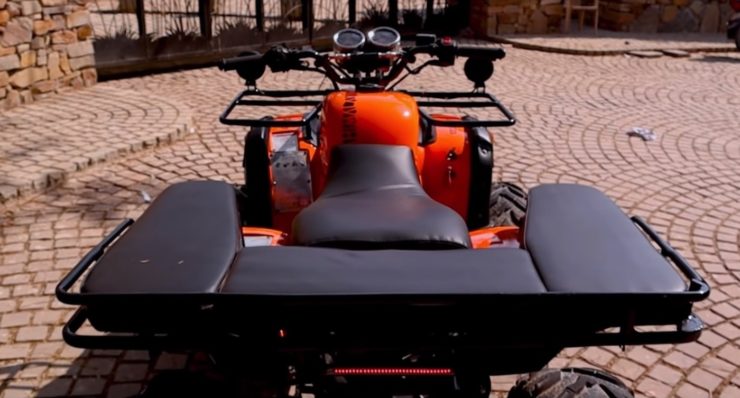 The overall cost of building this particular ATV was around Rs. 3.5 lakh, and it took nearly 3 months to complete this project. The workshop will also accept orders from customers who bring in their own donor motorcycle. However, it should be noted that ATVs aren’t road legal in India, and can only be used as recreational vehicles on private property.