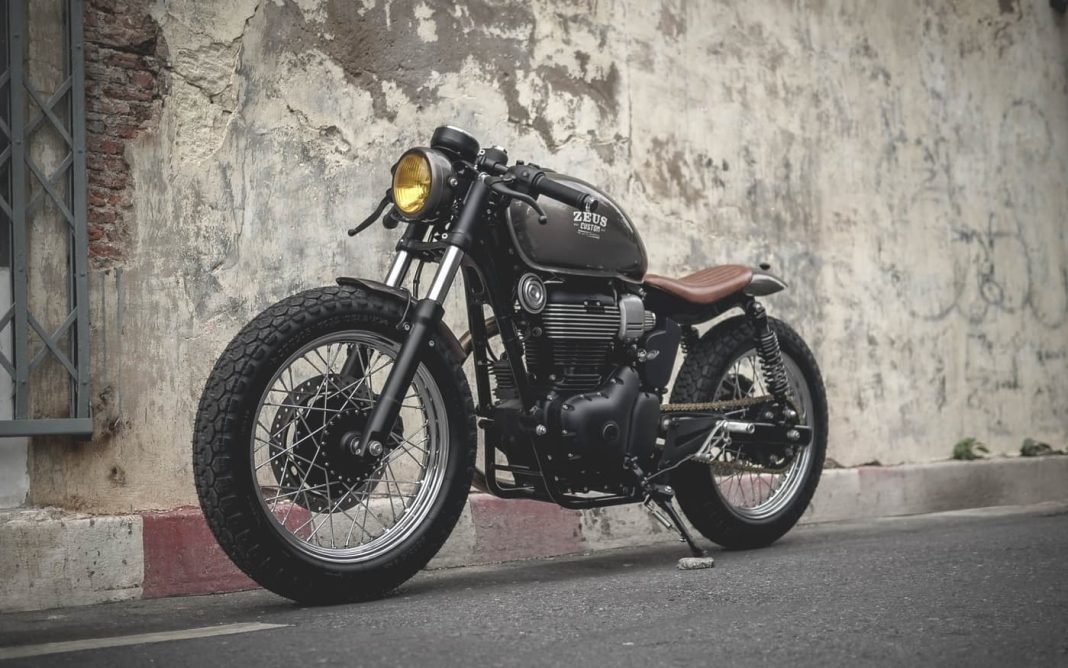 Check out this beautiful brat-bob motorcycle, based on Royal Enfield Meteor 350, built by Thailand-based Zeus Custom

Royal Enfield motorcycles have always dominated the custom motorcycle scene in India, and in recent times, the brand is doing the same overseas as well. We’ve come across several custom-built Royal Enfield bikes by foreign workshops online, and most of these models were magnificent pieces of automotive art.

Zeus Custom of Thailand recently shared pictures of one such project build, named ‘KHUN’. This is a Royal Enfield Meteor 350 that has been extensively modified into a brat-style bobber. At the front, we see a yellow-tinted headlamp and a tiny fender. The tripper navigation pod has been removed, and the speedometer pod (with digital readout for fuel and trip) has been placed in the centre.

The bike gets a set of low-set handlebars, featuring bar-end turn-indicators. The footpegs have been moved towards the rear, which translates to an extremely committed riding posture. We also see a custom single seat here, with a sleek cowl at the back. A tiny aftermarket taillight has been added here, which pokes up from the cowl.

The workshop has also lowered the suspension of the motorcycle, to give it a sportier look. The side panels have been removed and custom side boxes have been added, which also gives the air filter an exposed look. A custom straight pipe exhaust has been installed here, which looks extremely pretty and we’re sure has a loud, roaring sound.

The motorcycle sports a blonde brown paint scheme, and the seat features bright tan leather. It also gets a custom fuel filler cap, with a black finish, and the workshop’s name has been branded on the fuel tank. Also, the stock alloy wheels have been replaced by wire-spoked ones, which completes the retro look of the bike. 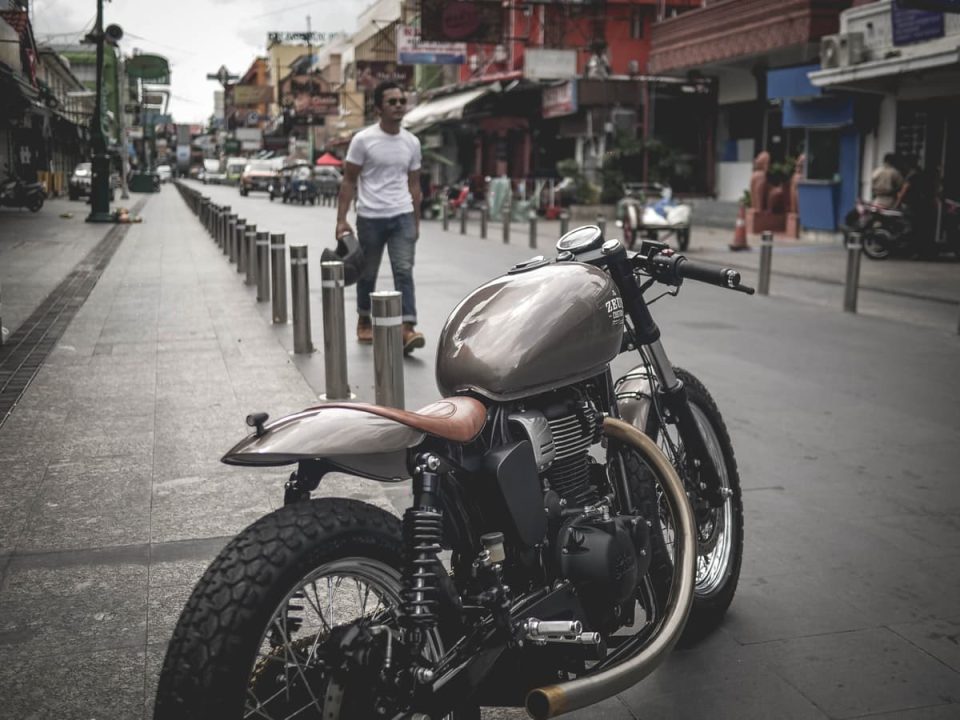 No other mods have been reported on the powertrain, except for the exhaust. A stock Royal Enfield Meteor 350 is powered by a 349cc, air/oil-cooled, single-cylinder engine, which generates 20.4 PS and 27 Nm of peak power and torque, respectively. This motor comes mated to a 5-speed sequential transmission.