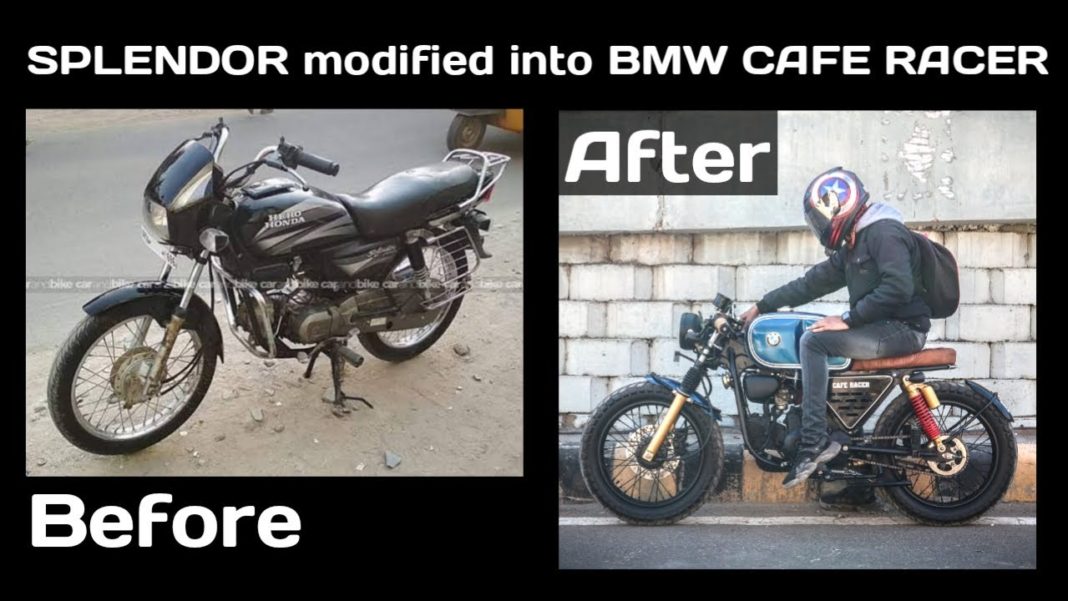 Here, we have a modified Hero Splendor, which has been transformed into a beautiful custom BMW cafe racer lookalike

Motorcycle enthusiast in India love to customise their bikes, don’t they? We’ve seen plenty of modified bikes over the years, some featuring small changes and other with extensive mods. Here, we bring you a motorcycle of the latter kind, which looks like a custom-built BMW cafe racer, but in reality, is a Hero Splendor!

There are a lot of noteworthy changes on this motorcycle. The front end of the motorcycle features a round LED headlamp, along with new round indicators. It also gets new clip-on handlebars, a single-pod analogue speedo, custom handle grips, and bar-end mirrors. Aftermarket kill-switch and hazard lights have been added, and the front forks have been painted golden for a premium feel.

The fuel tank is a piece of art; it’s boxy and bulky, just like on an old Beemer. The tank also gets custom vinyls, along with BMW logos on both sides. The tan leather seat looks brilliant as well, and the rear section has been chopped short and custom LED taillights have been added to it.

The motorcycle sports stock wire-spoke wheels on both ends, blacked-out for a better look. The engine and the entire lower section of the bike have also been painted in matte black. A disc brake has been added to the front, along with shortened fenders. The rear wheel gets a custom tyre hugger, to compensate for the lack of a rear mudguard.

The centre panel is also new, and the rear shockers have been finished in golden, just like the front. An SC Project custom exhaust completes the sporty look, and gives the bike a loud sound. The engine and transmission remain unchanged though. The overall cost of all these modifications is quoted at Rs. 60,000, which isn’t too much for such an extensive mod job. 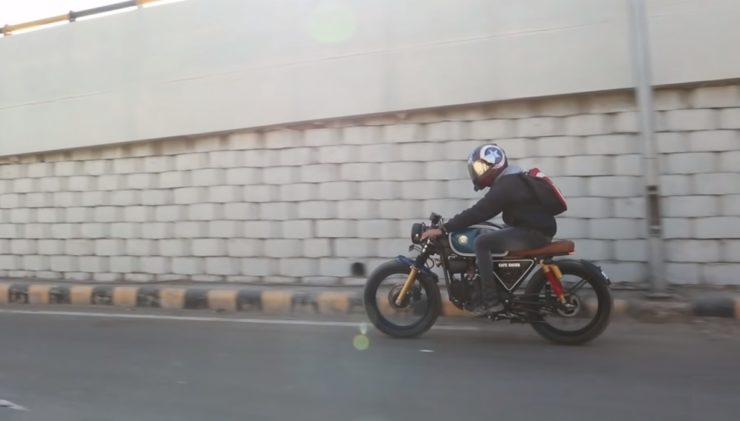