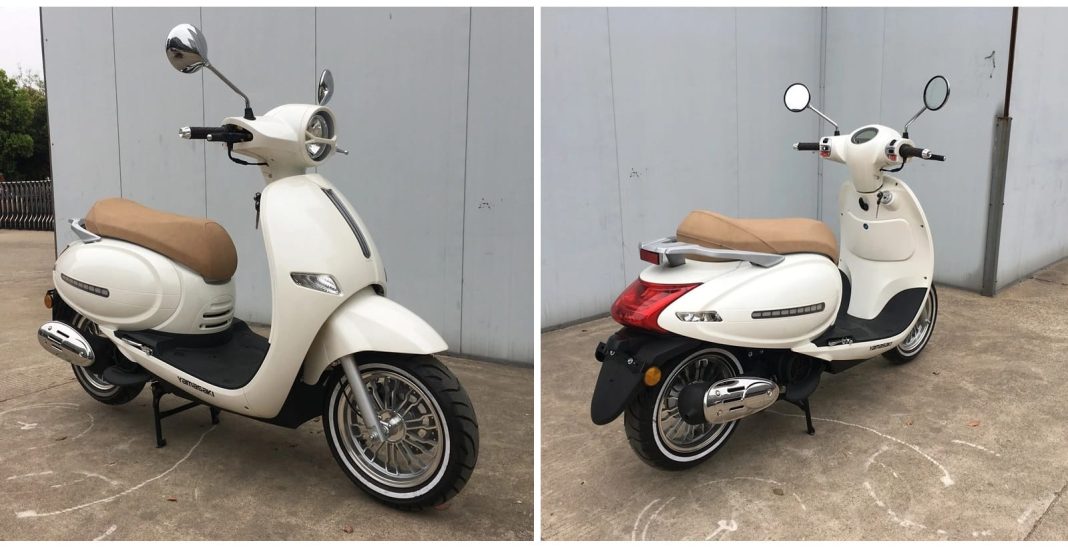 China’s automobile industry is infamous for plagiarism; a lot of Chinese automakers have copied designs from their international peers, and sometimes even names! While it usually feels ridiculous, a few times such copycat attempts just jump into parody territory. Well, we recently came across one such model, which is multiple levels of ridiculous.

You might mistake this scooter for a Vespa ZX 125, but this model is actually built by a Chinese manufacturer named Yamasaki. Yes, that’s a mix of Yamaha and Kawasaki, two extremely popular Japanese motorcycle brands. As far as we could tell, the scooter doesn’t have an official name; on the manufacturer’s official website, it was referred to as ‘Gasoline scooter 50cc’.

Yes, this scooter is indeed powered by a tiny 50cc engine, which belts out 3.39 PS of peak power. This definitely falls short of the India-spec Vespa ZX125, which gets a 124.45cc engine with 9.92 PS of maximum power on tap. The Yamasaki scooter isn’t an exact replica of Vespa ZX though, and the differences become apparent only when you take a closer look. 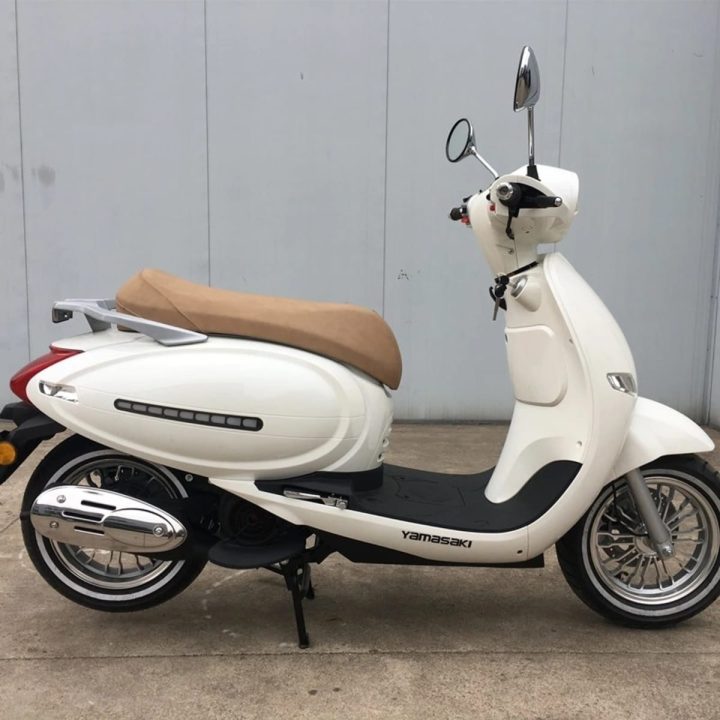 The Yamasaki gets a completely different taillamp, and it gets a different pillion grabrail as well. The headlight has an X-shaped element running across the front, which is a unique design detail. The turn indicators are also shaped slightly different, and the alloy wheels look different too.

The suspension system of the Yamasaki scooter consists of telescopic forks at the front and a swingarm-mounted monoshock at the rear. Braking duties are handled by a disc brake on the front wheel and a drum brake on the rear one. It also gets a round, fully-digital instrument console.

It should be noted that this isn’t the latest version of the scooter. The 2022 model has been restyled, featuring a hexagonal headlamp now, although it still feels like a Vespa replica. Interestingly, the new model has an equally hilarious name on the official website – New Gasoline Scooter 50cc with Euro 5. The price is not mentioned though.