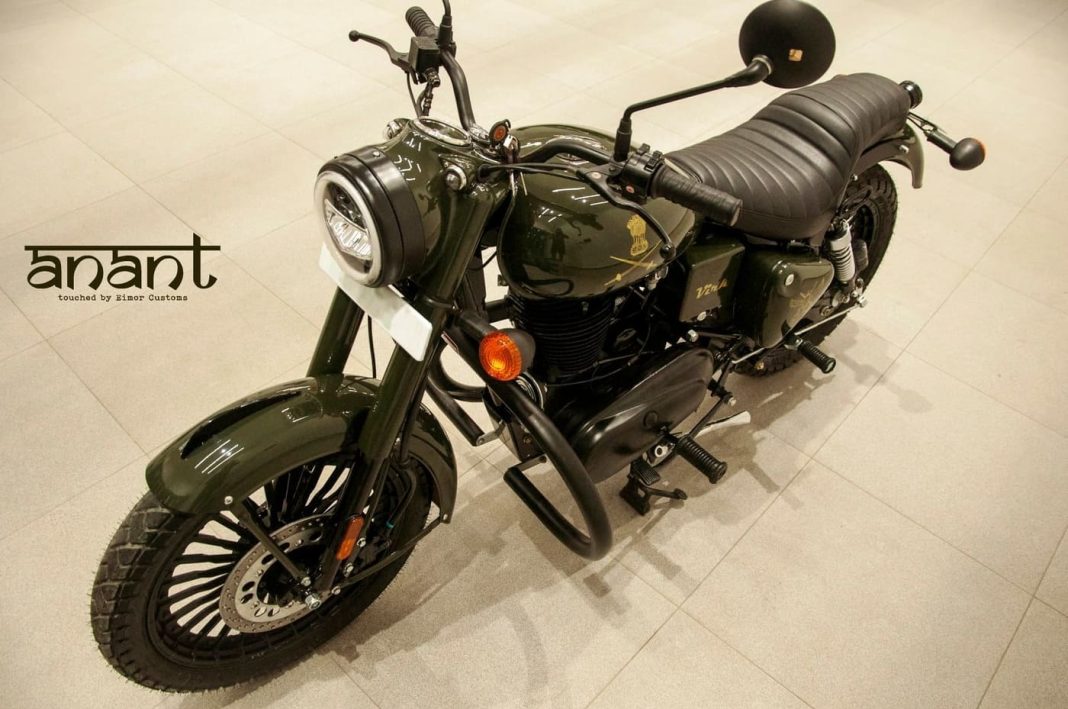 Check out this Royal Enfield Bullet 350, which has been tastefully customised with a new paint job and a few aftermarket parts

Royal Enfield is the most popular premium motorcycle brand in India. The company has 350cc to 650cc bikes in its lineup, which are extremely popular in our market among enthusiasts. A lot of RE owners love to customise their bikes, and there are plenty of workshops across the country that specialise in modifying Royal Enfield motorcycles.

Hyderabad-based Eimor Customs is one such custom garage, which has rolled out some brilliant RE project builds over the years. The workshop recently shared a few pictures of a beautiful modified RE Bullet 350, nicknamed ‘Anant’, which features an army-inspired paint job. Let’s take a closer look at the motorcycle and check out the finer details.

The motorcycle has been painted dark green all over, and from a distance, the shade seems to be black. The fuel tank has an insignia of the Lion Capital of Ashoka with two crossed swords underneath. On the air box, we see another insignia, along with the motto ‘Service before self’. The gold crafting pops out against the dark green paint of the motorcycle.

The stock headlamp has been replaced by an aftermarket LED unit, and a fin has been added to the front fender. The bike also gets a pair of new multi-spoke alloy wheels, blacked-out out to match the rest of the bike. The handlebars, front forks, engine assembly, and exhaust pipe have been blacked out as well, which blends well with the dark paint job.

The taillight is also an aftermarket unit, tiny and round, giving the tail a sleeker look. There’s no pillion grab rail at the rear, while a rounded engine guard has been added at the front. Overall, this modified Royal Enfield Bullet 350 is a beautiful piece of art. 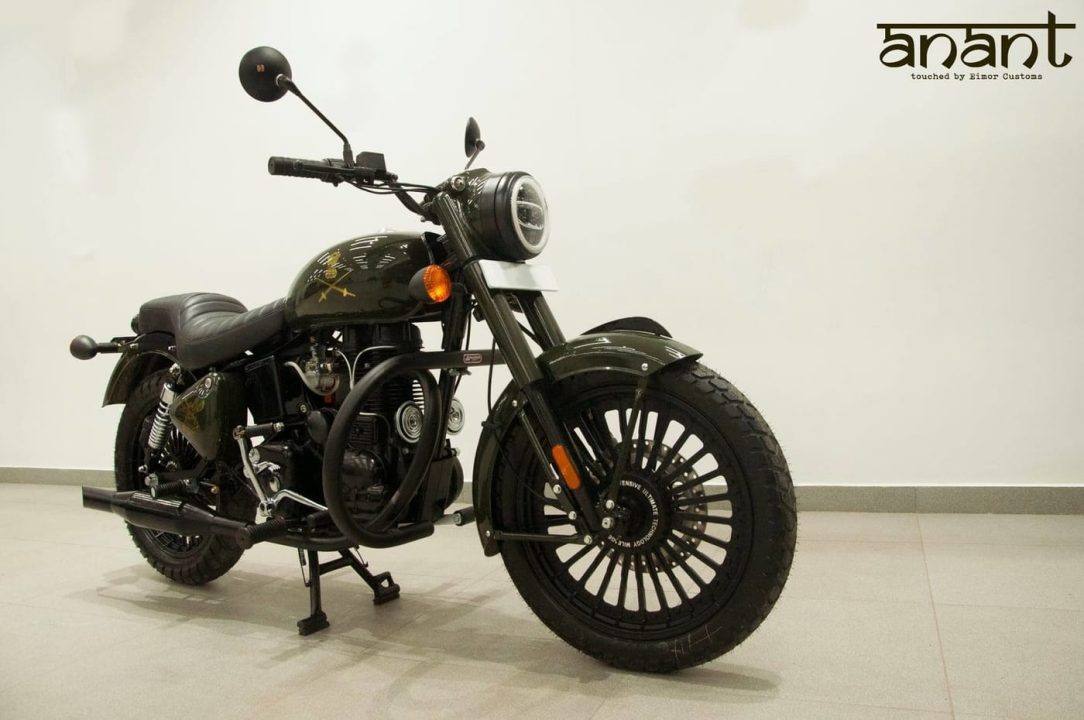 This particular model is an older model, with a cast-iron engine. Royal Enfield had originally tried to replace the cast-iron engine with an all-alloy ‘lean burn’ motor, but it wasn’t very popular, mainly due to mechanical and reliability issues.

Later, the manufacturer brought out the Unit Construction Engine (UCE), which was way better than the older powerplants in terms of performance and reliability. Last year, RE introduced a modern SOHC engine in the Meteor 350, which made its way to the Bullet Classic 350 (new-gen) this year.