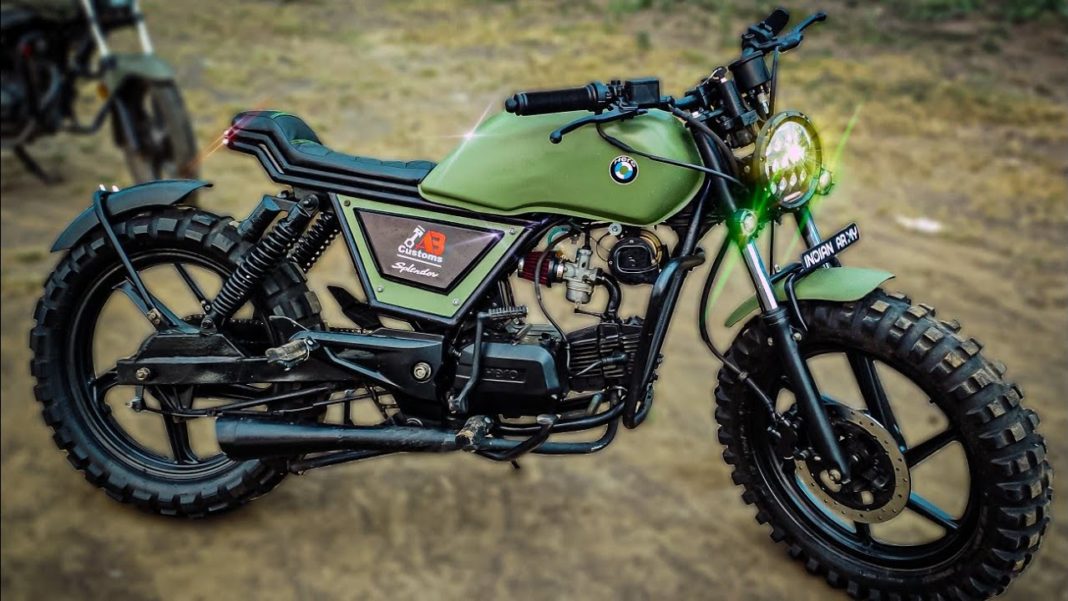 Hero MotoCorp has been the biggest two-wheeler manufacturer in the Indian market for years now, with a range of motorcycles and scooters in its line-up. One of its oldest and most successful products in India has to be the ‘Splendor’ motorcycle, and the bike contributes a sizeable number to Hero’s total sales every month.

Given the Splendor’s easy-going nature and characteristics, its hard to imagine someone going to the extent of modifying the Splendor to turn it into something else, let alone a scrambler. However, a YouTube channel named A B customs has uploaded a video showing exactly that!

A B customs is also actually the modifier of this motorcycle, and they started the conversion by stripping down the motorcycle’s headlight, side panels, speedometer as well as the seat. The front and rear mudguards, chain cover and saree guard were also removed after that.

Once everything was removed, the wheels were also taken down to make some modifications to the rear swingarm in order to accommodate a wider wheel and tyre. New  chunky off-road tyres are then fitted to the Splendor, along with a disc brake at the front.  After that, the rear frame of the motorcycle is cut short and a metal plate is welded to the swingarm, which increases the seat height.

Later on in the video, the fuel tank of the bike is replaced with a tank from the Hero Passion motorcycle. An aftermarket exhaust can also be seen, along with LED headlights and LED turn indicators with hazard lamp function. At the rear, the bike gets an LED strip as the tail lamp unit, which is integrated in the chopped-off frame. 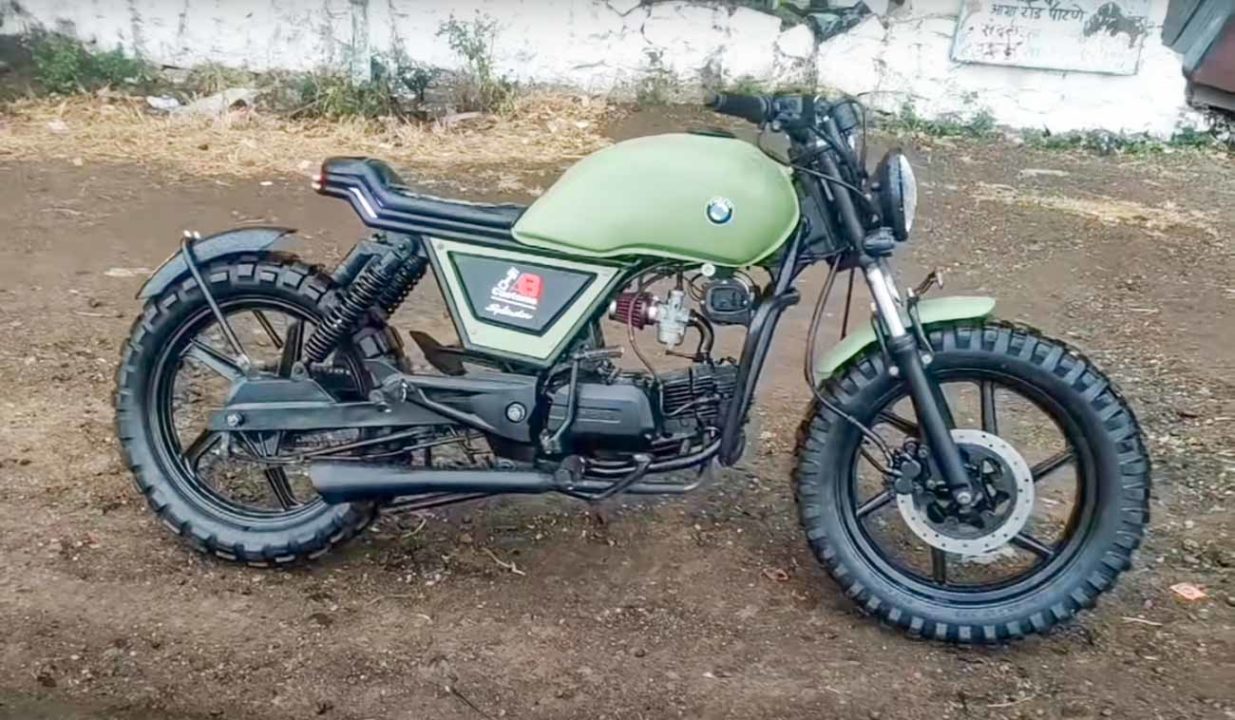 The modified bike gets a tyre hugger at the rear and a custom made mudguard at the front. The new panels are painted camo green with a matte finish, while the engine, exhaust, alloy wheels and the frame are all finished in black. Apart from that, the bike gets a shorter handlebar as well as a aftermarket single-pod instrument cluster.