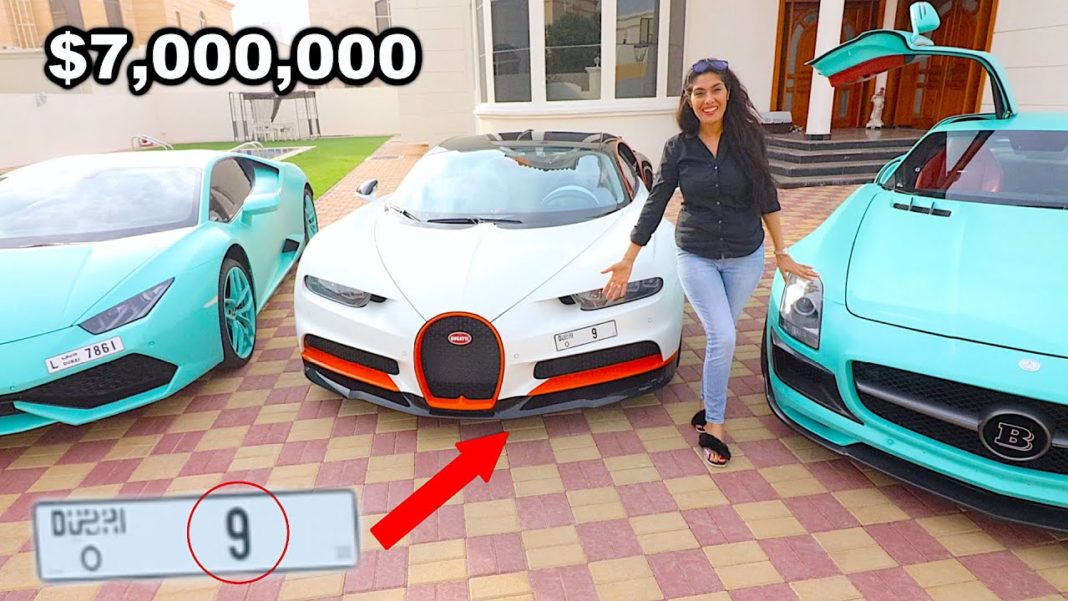 Bugatti first revealed the Chiron, the successor to the Veyron, at the 2016 Geneva International Motor Show. If the name Bugatti isn’t already exclusive enough, you should know that the French high-performance luxury automobiles manufacturer decided to build only 500 units of the Chiron.

The Bugatti Chiron currently starts from almost $3 million, which currently converts to Rs 21.86 crore in Indian currency. It’s pretty obvious that all Bugatti Chiron buyers are filthy rich, and buying an exotic car like this is not a big thing for them. This Bugatti Chiron owner, however, took it one step further with the registration plate on his car.

A video uploaded on YouTube by Mo Vlogs reveals a white-coloured Bugatti Chiron bearing the registration number Dubai O 9, which is claimed to be worth $7 million, which is more than double the price of the supercar. If converted to Indian currency, this number plate costs almost Rs 51 crore!

Fancy numbers are pretty common in Dubai, and the Dubai Road and Transport Authority sets up auctions for the sale of special numbers to the highest bidders. The owner of the Bugatti Chiron made a bid of $7 million to win the auction. We had also previously reported about Mr Balvinder Singh Sahni, also known as Abu Sabah, who had purchased the ‘D5’ registration number for his Rolls Royce.

The Indian businessman purchased this number plate for AED 33 million for it, which converts to about Rs 64.46 crore in Indian currency. However, it was not the first time that Sahni spent so lavishly on a registration plate since he also obtained the ‘O9’ number plate for his other Rolls Royce Phantom, which had cost him about AED 25 million (INR 49.59 crore).