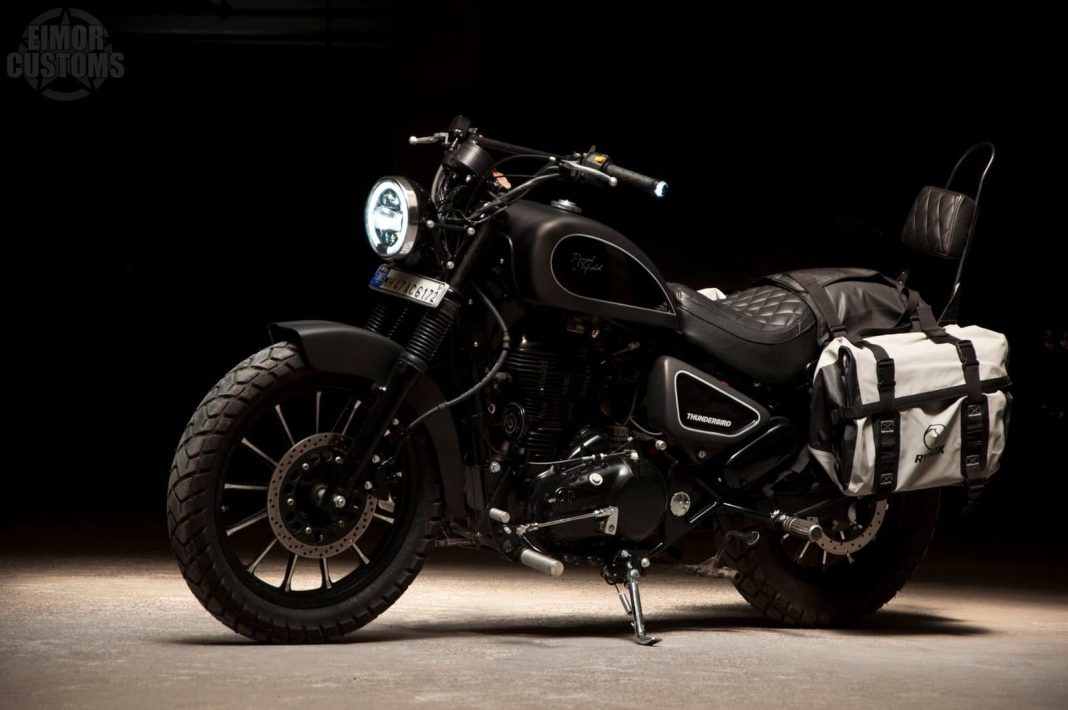 Here, we have a badass, butch-looking cruiser, built by Eimor Customs, based on a Royal Enfield Thunderbird 500

Royal Enfield Thunderbird was a lovely cruiser-style motorcycle (not a true cruiser), sold from 2002 to 2020, available with both 350cc and 500cc engine options. Although it has been discontinued now, replaced by RE Meteor, it still remains relevant among motorcycle enthusiasts, especially in the aftermarket circle!

Recently, Eimor Customs shared pictures of a custom-built Royal Enfield Thunderbird 500 online. Nicknamed ‘Slayer’, this modified motorcycle features plenty of noticeable design changes, which we shall look at here in brief. At the front, there’s an aftermarket LED headlight, a new fender, a digital speedometer, and a tripper navigation system (taken from Meteor 350).

The handlebar is aftermarket as well, featuring bar-end turn indicators, and the fuel tank is custom-built. The bike sports a matte grey and gloss black paint scheme with white stripes. The footpegs, rear brake lever, and gear lever are new as well. The rider’s seat is nicely sculpted and set quite low. The pillion seat is removable, and a removable backrest (with cushion) is available as well here. 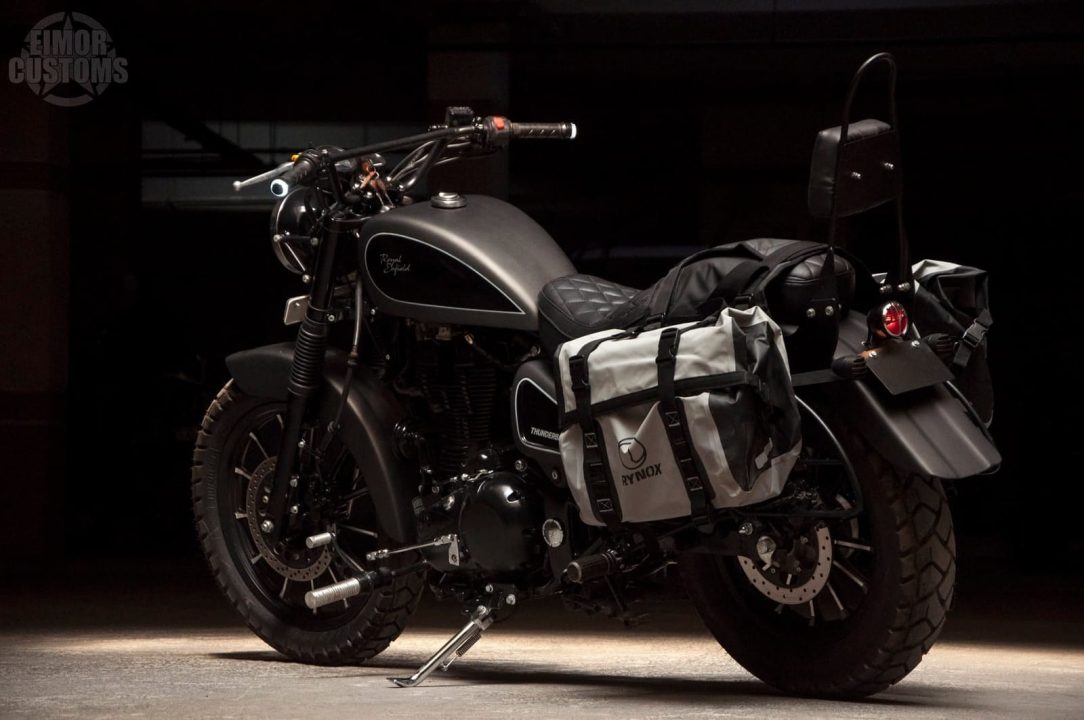 The rear fender is custom-built as well, and we see an aftermarket set of taillight and turn indicators here, along with a new numberplate holder. Also, the bike gets a pair of saree guards on both sides, which don’t look ugly but don’t really improve the aesthetic of the bike either. In a few pictures, the saree guards are hidden by saddlebags, which actually suit the motorcycle well.

Aftermarket alloy wheels have been installed here, larger at the front and smaller at the rear, sporting a machine cut finish and shod with wide block-pattern tyres. Apart from that, we also see a custom pea-shooter exhaust, which has been blacked out to match the rest of the bike, along with the entire engine assembly. 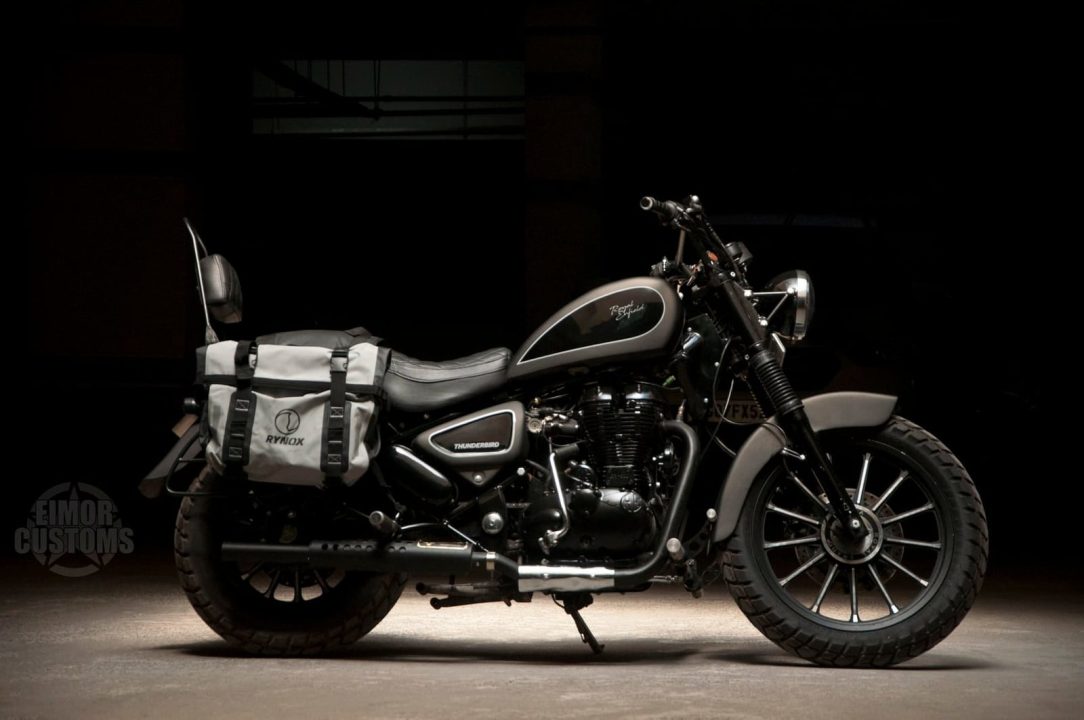 Looking at the engine, it’s easy to confirm that this is the UCE version. It is powered by a 499cc, air-cooled, single-cylinder engine, mated to a 5-speed gearbox. Back in its time, this powerplant was rated at a peak power of 27.6 PS and a maximum torque of 41.3 Nm.