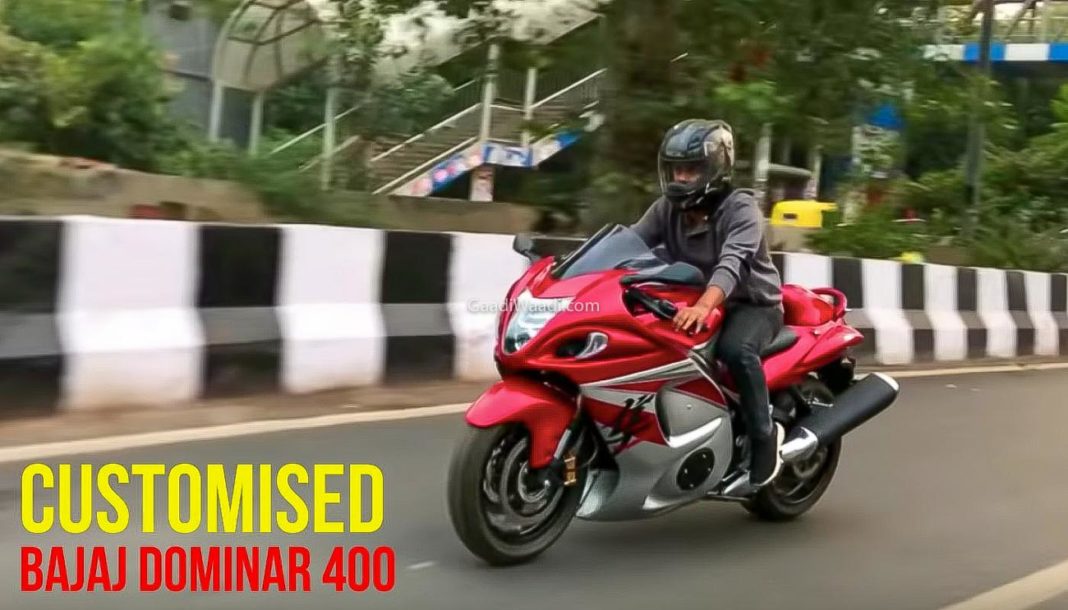 In a bizarre motorcycle transformation, a Bajaj Dominar 400 has been converted into a Suzuki Hayabusa by a modification shop in Delhi

It’s impossible to tell that the bike underneath the skin is a Bajaj Dominar 400, and if the bike passes you on the road, it will still be very hard to tell that it is indeed, not an original Hayabusa, but a replica.

Even the minor details have been taken care of, including the instrument cluster, the cowl which covers the pillion seat under it, the decals etc. The bike sports a working dual disc brake setup at the front, along with twin exhausts, just like the original Suzuki Hayabusa.

No changes have been made to the motor of the bike. It still comes equipped with the 373.3 cc single-cylinder liquid-cooled engine, which produces 34.5 hp of maximum power at 8,000 rpm, and 35 Nm peak torque at 6,500 rpm. The stock Dominar 400 can sprint from 0 to 100 kmph in just 8.23 seconds, however, the added weight on the modified bike might be a hindrance.

Bajaj retails the Dominar 400 at a starting price of Rs 1.63 lakh (ex-showroom). On the other hand, the Suzuki Hayabusa will set you back by Rs 13.75 lakh (ex-showroom). The price of converting the former into the latter has not been revealed in the video, but it will certainly be lesser than the price difference between the two bikes.