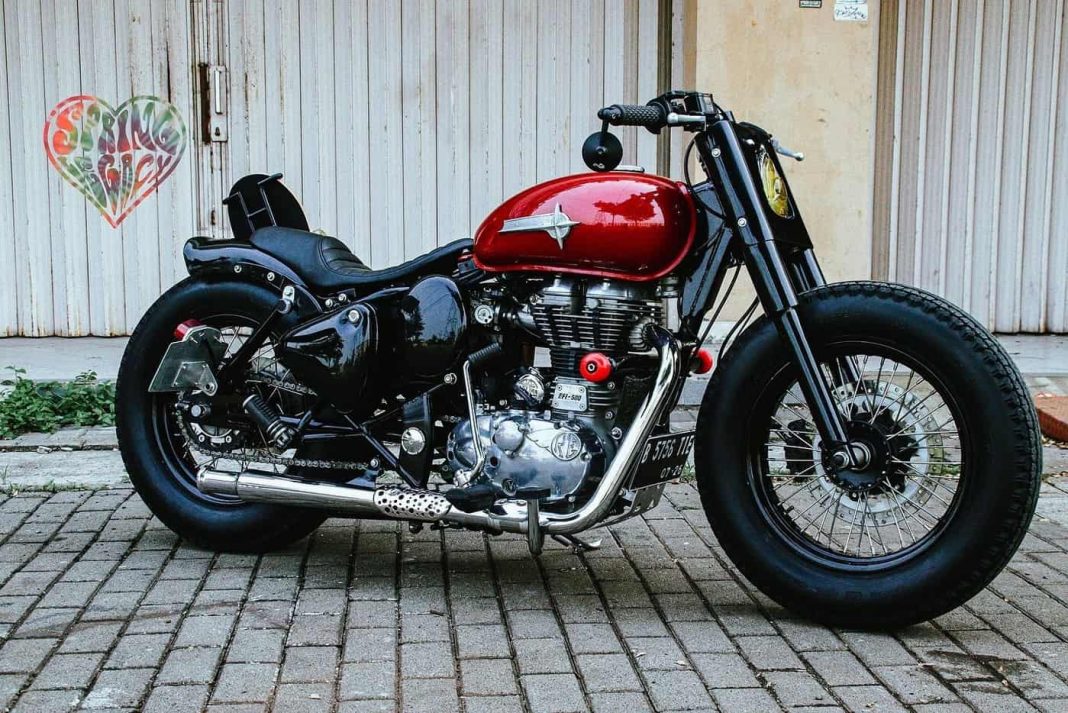 Check out this custom-built bobber, based on a Royal Enfield Classic 500, built by Indonesia-based Spring Legacy Garage

Royal Enfield Classic was first launched back in 2009, and it was available with two engine options back then – 350cc and 500cc. While the 350cc version soldiers on in a new-generation avatar, the 500cc version has been discontinued. Just like other RE motorcycles, the Classic 500 was extremely popular among custom builders, not just in India, but overseas as well.

Here, we bring you a modified Royal Enfield Classic 500, customised by Spring Legacy Garage, a motorcycle workshop based in Indonesia. The bike has been transformed into a low-slung bobber, and it looks almost unrecognisable due to all the changes, which we shall cover in brief. At the front, we see a triangular headlamp, with yellow-tinted glass, buried in the flat front cowl.

The front fender has been removed, and we see custom front forks here. The bike gets a flat single-piece handlebar, along with aftermarket switchgear and bar-end rear-view mirrors. The fuel tank is the stock unit, but it gets a custom badge on it. A new single seat has been installed here, which is nicely sculpted and low-set, and the tail section is entirely new. 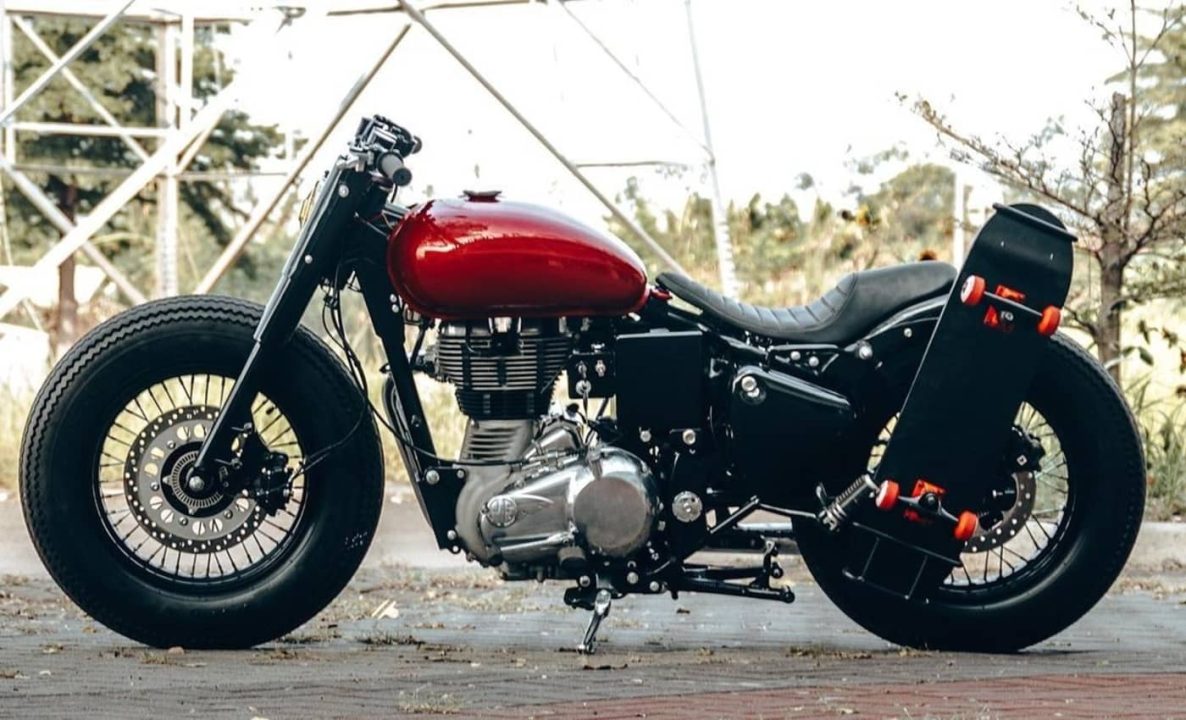 The motorcycle also wears aftermarket wire-spoked wheels, shod with balloon-type tyres. The bike has a hard-tail look, with neatly masked rear suspension, and aftermarket LED indicators. Thanks to the new seat and handlebar, this Royal Enfield Classic 500-based bobber now has a feet-forward-arms-stretched riding posture, much like a cruiser bike. 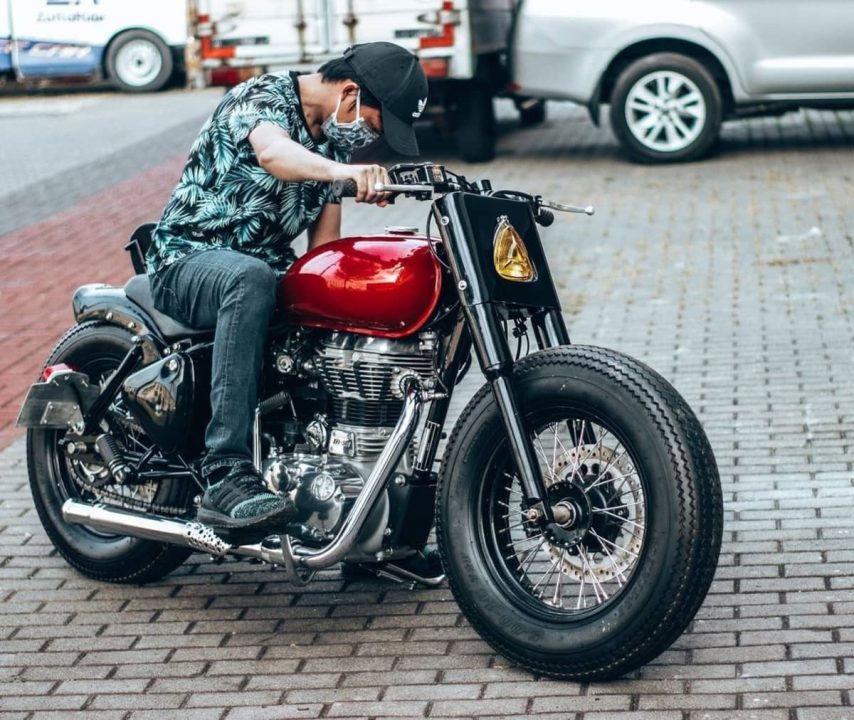 We’re not sure if any performance mods have been installed on the bike. RE Classic 500 gets a 499cc, air-cooled, single-cylinder engine, which features archaic pushrod-actuation tech. This powerplant generates a maximum power of 27.6 PS and a peak torque of 41.3 Nm in stock condition, and it comes mated to a 5-speed transmission.