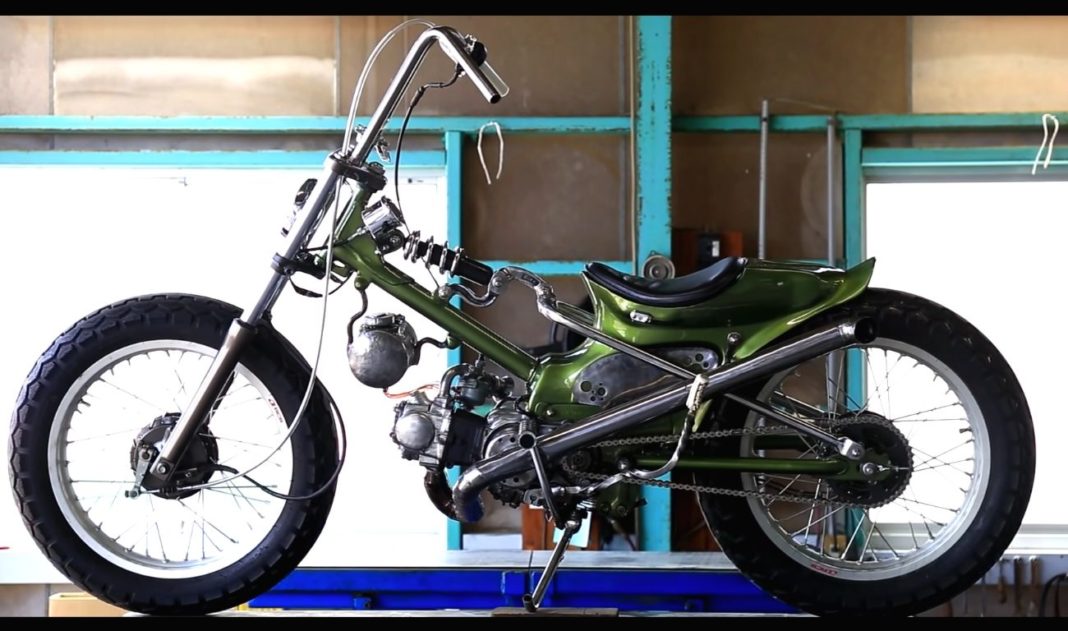 Honda offers the Super Cub in Japan with 50 cc and 110 cc powertrains, while the European markets get a more powerful 125 cc Super Cub instead

The Honda Super Cub is an underbone motorcycle that has been in production since 1958, and is popular across the globe. The looks and design of the stock Super Cub is probably the least important factor for buyers, however, that’s also what makes the bike a common sighting at modification shops.

Motorcycle modifier Kento Takeuchi, who is based in Shizuoka, Japan has customised this particular Super Cub prototype into a wild cruiser-like naked bike, which looks absolutely bonkers. Better known by his YouTube handle ‘kenteedproducts’, he has also captured a video of the entire procedure. Take a look at the video below –

The customisation took Takeuchi a whole year, and the video shows the step-by-step process. He removes the motorcycle’s stock components one by one, The Super Cub used in the video is the 49 cc version of the underbone motorcycle, that puts out 3.4 hp of maximum power at 7,500 rpm, and 3.8 Nm of peak torque at 5,500 rpm, in its stock condition. The transmission duties are handled by a 4-speed gearbox.

The end product features a swamp green paint scheme, a single-seat layout, a raised handle bar, and a custom exhaust. Apart from the modified body, the motorcycle also gets much larger spoked alloy wheels covered in dual purpose rubber. Not only does this modified Super Cub look amazing, it even sounds great.

Apart from the 50 cc version, Honda also retails a 110 cc model of the bike in its home country, while a 125 cc version is sold in the European markets, which is plonked with a 4 stroke 2 valve Air-cooled single-cylinder engine with fuel-injection technology. The said motor puts out 9.5 hp of power at 7,500 rpm, and has a peak torque rating of 10.4 Nm at 5,000 rpm. The braking duties on the 125 cc bike are taken care of by a 220 mm single disc brake up front, and a 130 mm drum brake at the rear, coupled with single channel ABS. 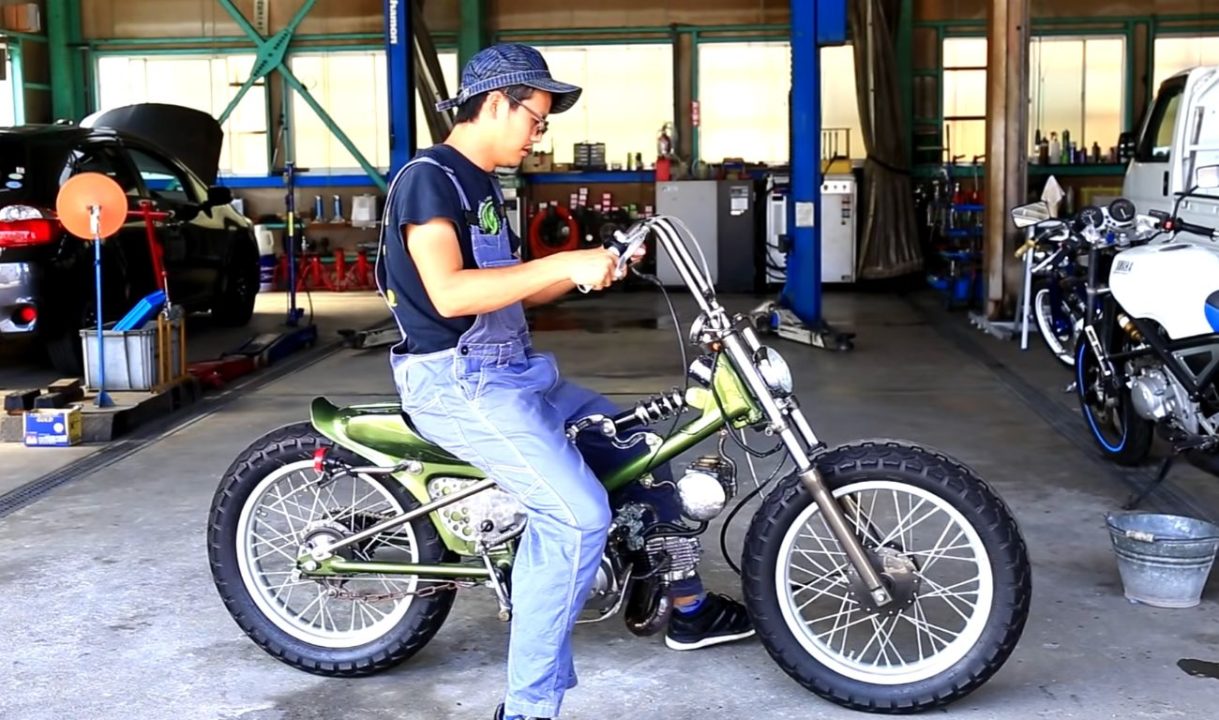