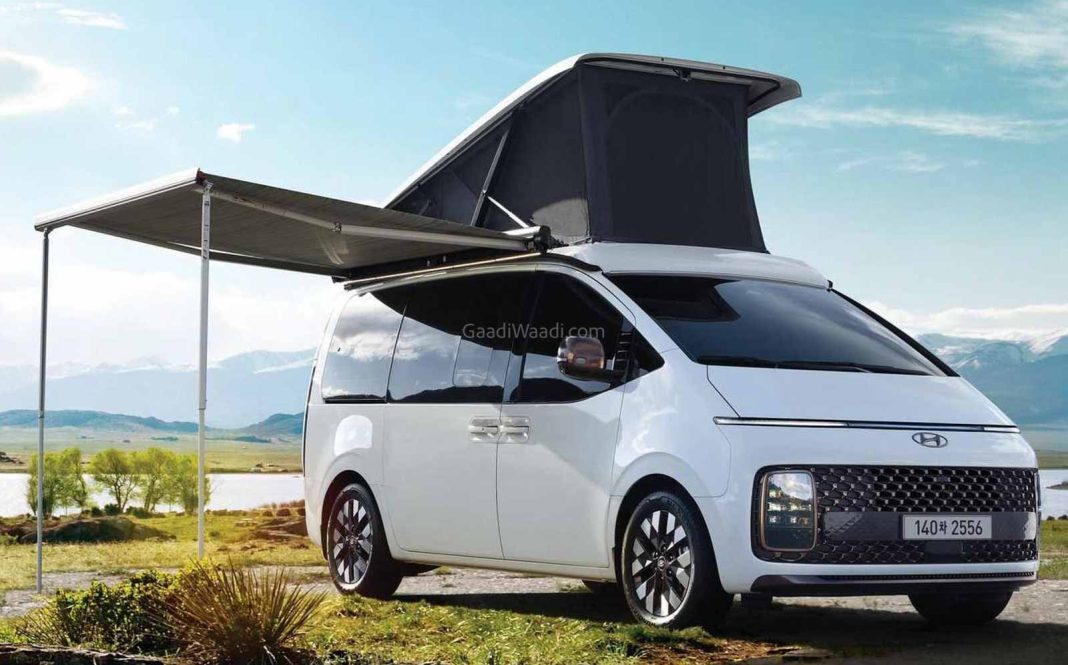 Hyundai Staria Lounge Camper can be had in Camper 4 and Camper 11 trims and it comes with features such as a refrigerator, a folding table, built-in side shelves, etc

Hyundai has really been versatile with the Staria MPV and is currently offered in different configurations and multiple variants in the international markets. The Staria can be had with a seating layout ranging between two and eleven seats. In addition, it is sold as a cargo van as well as a school bus christened the Kinder with a 15-seater layout.

The Hyundai Staria Kinder (German for children) is probably one of the best-looking school buses ever. The latest iteration is for family getaways or outings with friends on an exploration into the unknown as it has a mini home setup (or at least we would like to think that way). Launched in Kia’s home market of South Korea, the minivan/MPV gets Camper 4 and Camper 11 guises.

As you might have guessed, the numbers denote the number of seats being offered. The Hyundai Staria Lounge Camper is certainly a well-taught creation with the presence of practical items such as a 36-litre refrigerator, a folding table, built-in side shelves, a sink and a faucet set, electrically operable roof tent that pops out, an air mattress and so on. 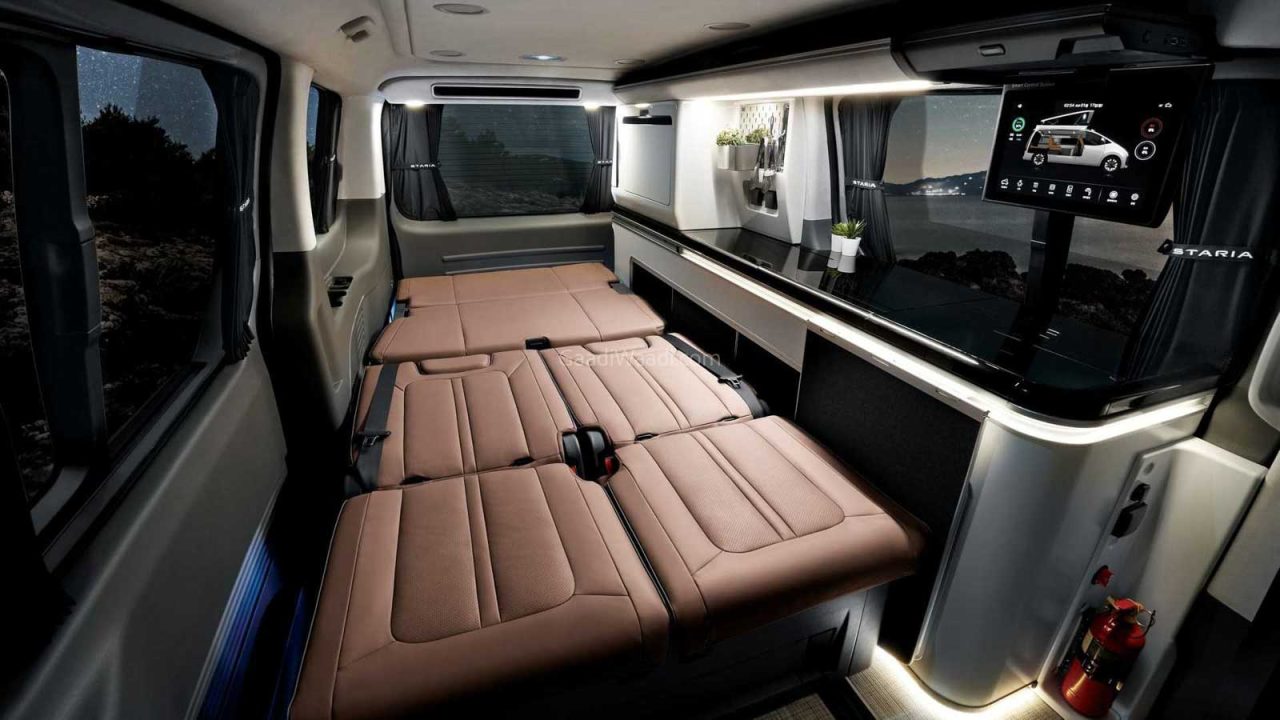 The power socket can be used to power a number of electronic devices while there is a provision for a shower head at the back. Hyundai also provides a mosquito net for consumers and an awning system expands the versatility of the Hyundai Staria Lounge Camper. The Camper 4 is the more premium variant, priced at 68,580,000 won (Rs. 42.29 lakh) while the Camper 11 costs 49,470,000 won (Rs. 30.51 lakh).

The accessories list will enable more options for buyers such as HTRAC tech and different packages pertaining to comfort, convening, safety, entertainment and camping. As for the performance, the Hyundai Staria Lounge Camper comes with a 2.2-litre turbocharged four-cylinder and a 3.5-litre V6 in petrol and LPG guises. 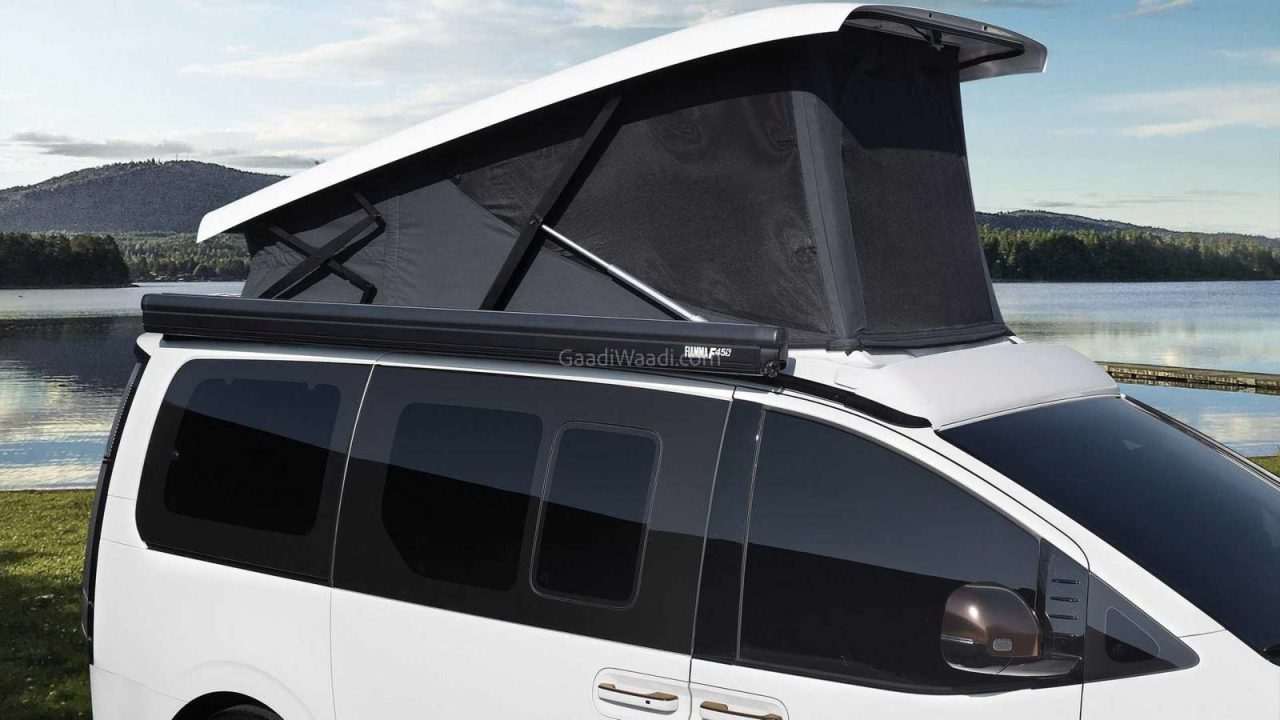 As for India, Hyundai is working on a facelifted version of the Venue compact SUV and the heavily updated Creta midsize SUV is expected to be launched later this year.