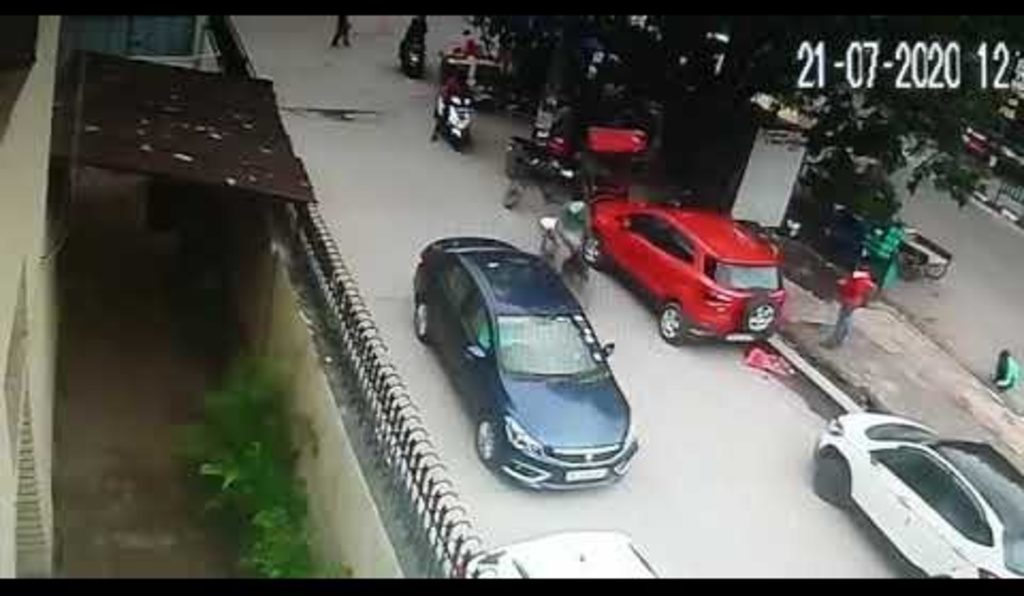 Here, we have a video that shows how a gang of thieves works their crime by distracting an unsuspecting driver and stealing from him

We’ve heard about gangs of thieves operating all over India, stealing valuables from unsuspecting car drivers. Some of these acts have been caught on camera, showing how these thieves plan and execute their heists. Here, we have another such video, reportedly of the infamous “Thak Thak gang”, duping a Maruti Ciaz owner.

In the video, we see two members ride ahead and tell the car’s driver about a fault they’ve noticed in his vehicle. They then race away, leaving a puzzled driver to figure out what the problem is. On the second scooter, we see that the rider drops his pillion, the one tasked with snatching the valuables, a few feet before the car, and races away just as the driver exits to check the problem.

The thief gets into position just a third scooter arrives, with two more gang members. These men strike a conversation with the driver, prompting him to avert his eyes from the car for a few seconds. The moment the driver is distracted, we see the second scooter return and ready for the getaway. His pillion, who had alighted earlier, checks for the driver’s blind spot, opens the car’s door and runs with the bag to his accomplice.

The theft gets noticed by a bystander, who shouts and points towards the thieves, but they are quick to abscond. Another bystander tries to pursue them on foot, but to no avail. The duo that was distracting the driver also fled the scene, just like their accomplices.

The planning and execution of this crime are horrifyingly meticulous, and these thieves seem to be professionals with a lot of experience under their belt. We advise all our readers to always stay vigilant, as these thieves prey mostly on unsuspecting people. Also, always refrain from leaving you vehicle unattended and unlocked in a public place, as these people rely on a driver’s naiveté for their plans to work. 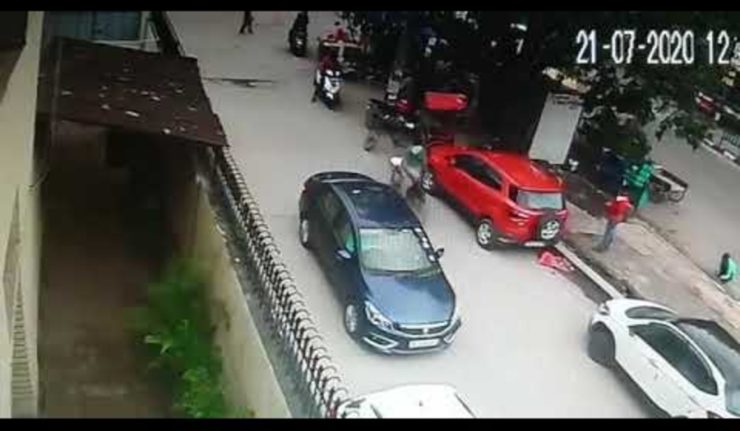 Lastly, never leave your bags in the rear seats, especially if you’re alone in a car. It’s much safer to pack your stuff in the boot, as it remains locked even when the doors aren’t. By exercising caution, you can prevent such tragic mishaps from happening to you. The police are always on the lookout for such gangs, and if you happen to have any information regarding these, be sure to report it immediately.