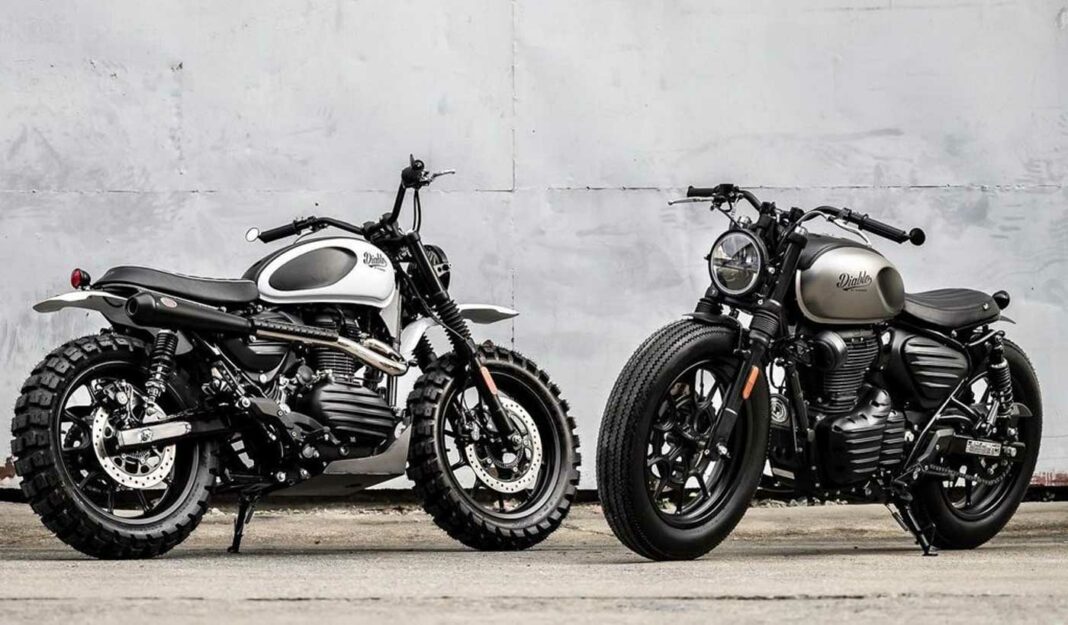 The Royal Enfield 350 is getting extremely popular in the Indian market and not only boasts an affordable price tag but also offers a powerful and capable powertrain. Here are two different modified Royal Enfield Hunter 350 bikes that not only boast a new character but also get a number of changes that make them slightly more capable and practical than the stock versions.

For starters, both bikes have been modified by a Bangkok-based K-Speed bike customization shop that not only offers standalone customization projects but also has a long list of ready-to-ship custom parts for many bikes. Two modified versions of the bike were prepared by this modification house including the Hunter Scrambler and the Hunter Brat.

The Royal Enfield Hunter Scrambler features a rugged and dominating character complemented by knobby dual-purpose tyres. Furthermore, the bike also gets a custom-made engine cover, side panels, and a new custom white-black dual-tone colour scheme. It also gets a thick-plated engine cowl with four small-sized holes to aid engine cooling. 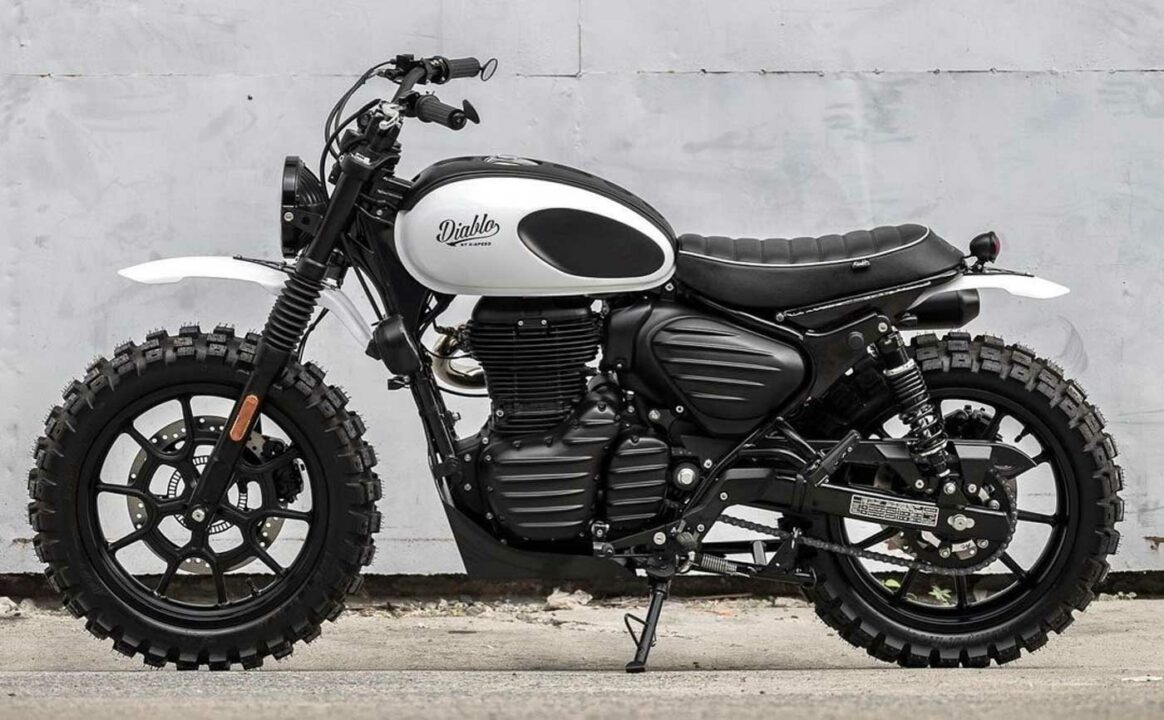 It also gets an inner breathable layer to protect the internals from the smaller debris. Other changes include a new exhaust setup, high-mounted front fender, tank top cover, bar-end micro mirrors, and custom seat with a quilted pattern and a shorter rear tail section.

On the other hand, the Royal Enfield Hunter Brat has been modified with a long list of custom parts and boats a unique character when compared to the Scrambler version. While it does share some of its parts with the modified Hunter Scrambler version, it also gets larger balloon tyres, different headlights, a low-set handlebar, a new saddle, and curvy upswept aftermarket exhaust. The suspension setup too has been worked upon to achieve a low riding stance. No changes have been made to the powertrain and both the interactions of the bike continue to offer similar performance for the buyers. For those wondering, the RE Hunter 350 is offered with a 350 cc motor that churns out a peak power and torque output of 20.2 bhp and 27 Nm respectively.